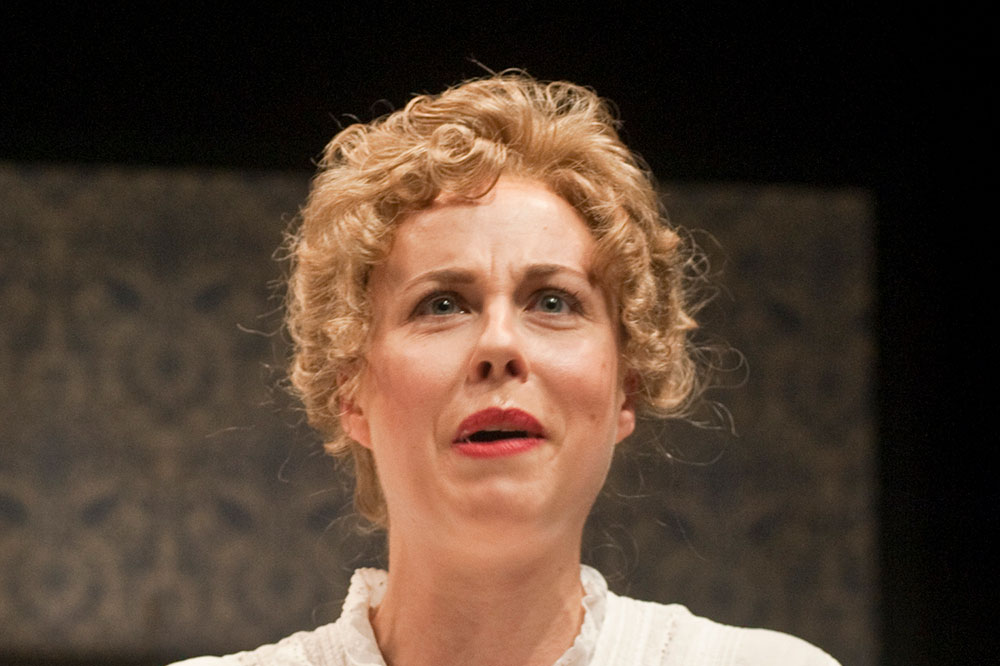 Before there was Eliza Doolittle there was Diana of Dobson’s: a young woman, overworked and underpaid with little chance of success, until her chance comes by way of an unexpected inheritance. Written in 1908 by Cicely Hamilton, Diana of Dobson’s is as fresh and relevent today as it was then. We recently chatted with Helen Harvester, who plays the plucky young shopgirl, about living rooms, oysters, and Lisbeth Salander.

Diana is fearlessly eloquent. She has a polished, well-reasoned retort for every situation and is unafraid of the consequences of speaking her mind.

Hands down, Tracy Lord in The Philadelphia Story. I’ve been lucky enough to play her twice. I love her carefully hidden vulnerability beneath her headstrong facade.

I love the classics. I would love to play Hedda Gabler. As a dream role that doesn’t exist yet in play form, I would totally go for Lisbeth Salander.

The place you run your lines?

My living room, though I usually have to cram it in on the bus.

Your favorite place to see theatre in Seattle?

If we are speaking Seattle proper, then On the Boards. But Harlequin Productions in Olympia is doing some of the best work in the area. They are absolutely worth the drive. Productions are gorgeous and their seasons are always varied and exciting.

Your favorite park in Seattle?

Discovery Park, where it opens up into fields. It reminds me of running through tall grass as a kid.

The best thing about being a Seattleite?

Summer. And the oysters. 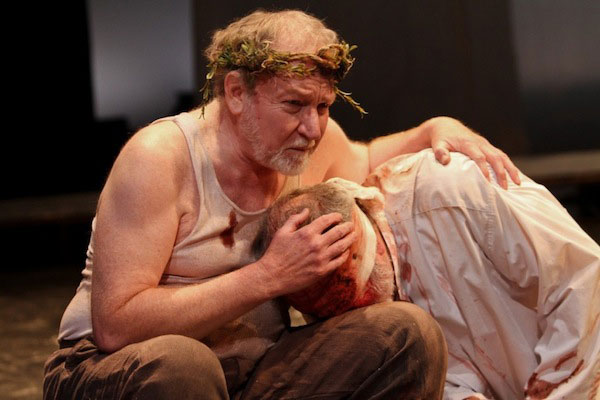 Arguably Shakespeare’s finest play, and certainly one of the world’s great tragedies, King Lear traces an aging monarch’s descent into madness. In a production at Seattle Shakespeare Company directed by Sheila Daniels, Dan Kremer has donned the crown of King Lear. It’s a taxing and formidable role, and one that Kremer doesn’t take lightly.

How did the part come about for you at Seattle Shakes?

It was a year ago, in May 2013, when I auditioned for the role. The part was offered to me about two months later. These are unusually long lead times for a repertory theatre, but most directors will say that casting is 90% of the job. With this play, it is wise to take some extra time in deliberation.

George Bernard Shaw wrote, “No man will ever write a better tragedy than Lear.” Why do you think this is so? What’s so particularly powerful about this play, over other tragedies?

Shaw, the masterful writer of comedies, would, of course, appreciate a perfectly written tragedy. There are many elements that coalesce to make King Lear a profound piece of theatre; one is the sheer scope of the play. The story moves like an explosion seen in extremely slow motion from a very personal error of judgement outward in all directions maiming or destroying everyone involved. The inevitability of the destruction magnifies its destructive power. Nothing has come of nothing.

What are the thrills of taking on the role? What are some its biggest challenges?

The thrills and challenges of this role are closely aligned. Tracing the journey of a man through the vicissitudes of anger, anguish and the annihilation of reason is a thrill that actors adore. On the other hand, the role carries with it such a well chronicled history that it is a challenge to escape the “Lear” of an audience’s imagination.

What observations do you have about the nature of human suffering having done the part?

Every retelling of this story illuminates a new aspect of the play for me. At the moment, Lear’s prayer in act 3 scene 4, outside the hovel, “Poor naked wretches, wheresoever you are …” resonates deeply. Gloucester echoes a similar sentiment in act 4 scene 2 when he says, “Heavens, deal so still: Let the superfluous and lust dieted man, that will not see because he does not feel, feel your power quickly.” Both characters come too late to the realization that man has a responsibility to those of less fortunate circumstance.

In my career I have had the good fortune to work with the Oregon Shakespeare Festival, the Utah Shakespeare Festival, the Shakespeare Theatre in DC and a number of other companies that dedicate their energy to keeping these works in the contemporary theatrical repertory. It is not an easy task. These plays require large casts. They require players with great physical and verbal dexterity. They ask for an audience that values poetry, intellect and language. It is no accident that as our nation was taking shape in the nineteenth century, the great Shakespearean actors of that time, Booth, Forrest, Macready, and Duse, toured the West. The audience awaiting them had arrived there by strength, wits and dreams. Those remain the qualities that keep these companies alive today.

What’s next for you, acting-wise?

Oh dear. The same as every player’s lot. “Just closed… my calendar is open.”

The Story of Edgar Sawtelle—Canceled