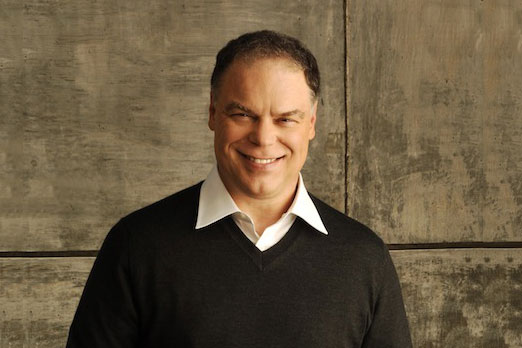 Jeff Tyzik brought his creative arrangements, inventive programming and easy audience rapport to Seattle last year, when he joined the Seattle Symphony as Principal Pops Conductor for the 2013-14 season. This year, he’s back and eager to explore even more diverse music for more diverse audiences.A trumpet player by training, Tyzik has appeared with the Boston Pops, the Cincinnati Pops, the New York Pops, the Los Angeles Philharmonic at the Hollywood Bowl and the Dallas Symphony at the Vail Valley Music Festival, amongst others. From his home in Rochester, New York, Tyzik chatted with us about the coming season, what he likes to do in Seattle when he’s in town and his symbiotic relationship with Seattle Symphony Music Director Ludovic Morlot.

What are you looking forward to in the Seattle Symphony’s 2014-15 season?

I’m really excited about this coming season. We’re doing a performance of classic film scores—film music is some of the most compelling music created in the 20th century. We’ll play John Williams. We’ll play Star Warsand Superman, of course, but did you know he also did the score for The Witches of Eastwick? I like introducing less familiar music to audiences. We’ll play James Bond music, Casablanca, and some of the best music from westerns—Silverado, Dances with Wolves. For the holiday show we’re working with cirque groups to do a holiday themed aerial ballet, if you will. They will be performing while we play holiday music beneath them. We’ll also do a concert highlighting Ellis Hall, the last artist to sign on Ray Charles’s label. He was in the Tower of Power, and we’ll be playing a soul show with him, playing all sorts of great soul music from the late ’60s and early ’70s.

How do you go about choosing the programs that you do?

I want to keep audiences interested. If it’s interesting to me, hopefully it’ll be interesting to the audience. I’m always looking for new and different types of programming to keep things exciting. That’s why I like working with Ludovic Morlot. It’s a symbiotic relationship. We’re both looking for new ways to showcase great music. We go about it differently but we arrive at the same point in that regard.

Who is your favorite composer?

My tastes are eclectic. I like to bring that to the pops programming. I love Stravinsky. I love Beethoven. I love Miles Davis. I love Duke Ellington. Billy Joel. I’ve been listening to a lot of Latin music recently. The Beatles. I love all sorts of music.

What’s your favorite show you’ve done with the Seattle Symphony?

They’re like children: You like each of them for a different reason! “A Night at the Cotton Club” was fun, and we did a salute to veterans that was very powerful. I love working with this orchestra.

What’s your dream conducting gig, realistic or not?

I’m living it. I am very fortunate to be the Principal Pops Conductor for three orchestras: Seattle Symphony, Dallas Symphony and Detroit Symphony, and these are symphonies I grew up listening to.

I play the trumpet. I’ve dabbled in keyboards. In the 1980s I had some jazz crossover albums on the Capitol Records label.

What do you like to do when you’re in Seattle?

I walk Pike Place Market, get the vibe. I like to cook, so if my hotel is one of those suites with a little kitchen in it I’ll go down to the market and buy some seafood and veggies and cook right there in my room.