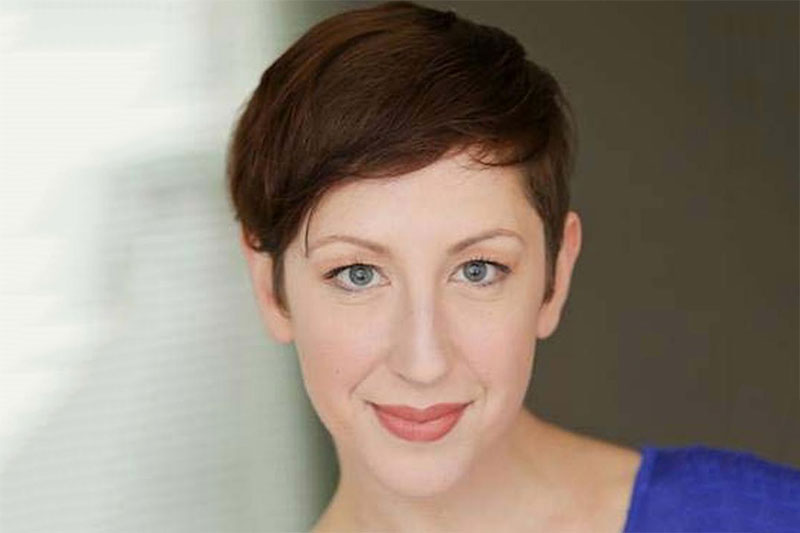 Seattle Shakespeare Company is bringing an all-female version of William Shakespeare’s epic political thriller Julius Caesar to Seattle parks this summer, in a production directed by Vanessa Miller. Seattle theatre veteran Terri Weagant, who has performed on the stages of Book-It Repertory Theatre, ACT’s Central Heating Lab, Theater Schmeater and others, takes on the formidable role of charismatic Roman politician Mark Antony. We caught up with her to discuss the play, how (and if) having an all-female cast affects the production and the mosquito-related challenges of performing outdoors.

Antony is fiercely loyal to Caesar. In his youth, he spent much of his time gambling, drinking and seducing women and men. He was basically run out of Rome. Caesar became a surrogate father to him; teaching him about military strategy, political prowess and personal forgiveness. When Caesar is killed, Antony vows to avenge his death. Antony is an incredible orator and a master manipulator. Those are two great traits that can help you take over a country.

What do you bring to the character that males might not be able to bring to it?

I have worked on numerous shows that have played with non-traditional casting, where races and sexes differ from the original. The thing that changes is the perception of the audience. Antony is proud, conniving, dedicated, passionate and a bit of a hot-head. That’s the character that I want to play. The audience can read into “Friends, Romans, Countrymen,” being spoken by a woman in any way they please. Meaning can be attached to anything. That’s for them to decide.

What does an all-female cast bring to Julius Caesar that another cast potentially couldn’t?

We’ve had many discussions during the process about masculine vs. feminine traits. What makes something inherently masculine? Or feminine? Gender lines blur together. Are men guided by reason and action, and women by intuition and emotion? The characters change tactics throughout the play, employing traits that are characteristically male or female. It becomes less about gender and more about interpersonal relationships.

The central conflict in the play is political power. Our director, Vanessa Miller, said on day one that she thought a great deal about her 9-year-old daughter when she decided to go with an all-female cast. She wanted the young girls and boys who come to the show to see women in political power and not be fazed by it. Wooden O goes into communities all over the Puget Sound and for many young people this is their first exposure to Shakespeare. If they can accept that these people talk this way, then they can accept that women are the ones ruling Rome.

Why is Julius Caesar still important in this day and age?

Most of the themes from the play we see popping up in the news daily: political strife, betrayal, manipulation of information, power struggles and sacrificing personal morals for the good of the cause. History repeats itself.

What are the plusses and minuses of doing Shakespeare outdoors?

You have a lot of things against you when you work outdoors: planes, weather, fights, mosquitoes, etc. This is what makes the work fun. You’re always on your toes. You can look the audience directly in the eye. I love that the shows are free so whole families can come out. Shakespeare in the Park was my first introduction to his work. It took me a while to figure out what the heck they were saying, but once I did I was hooked.