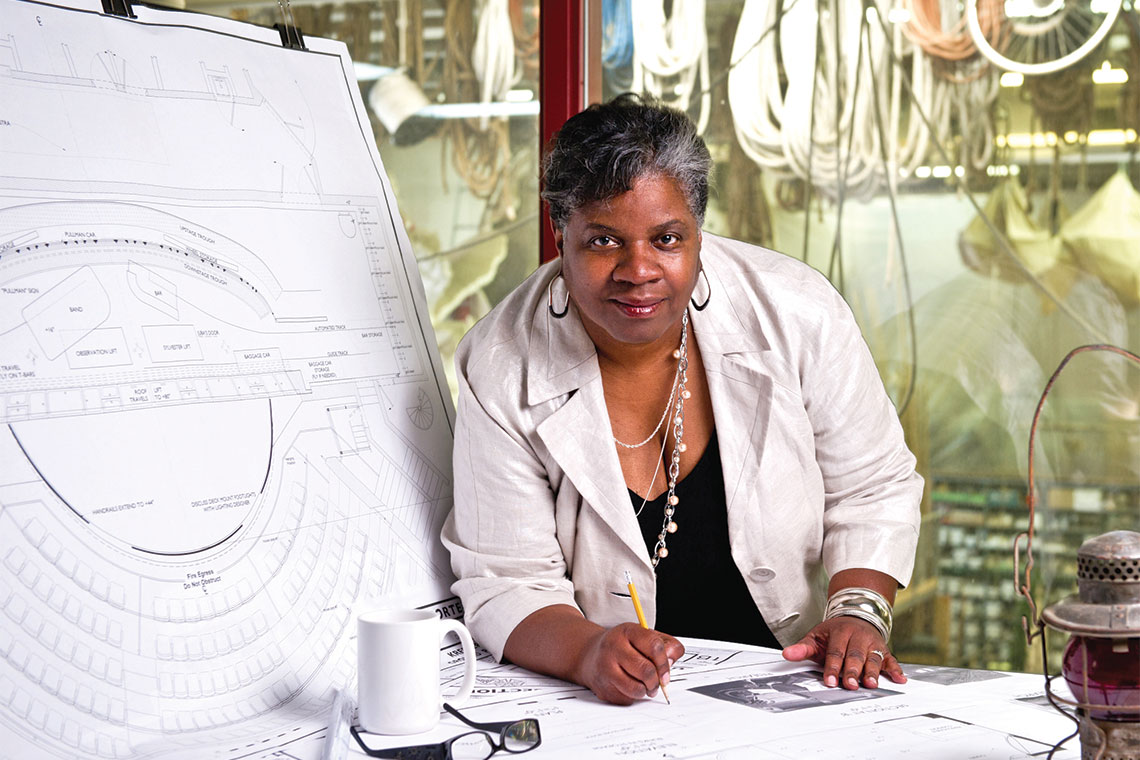 This week the Seattle Rep presents a workshop staging of Cheryl L. West’s BasketCases as part of their New Play Festival. West is a celebrated playwright who’s been making theatre in Seattle since the 1990s. Most recently, her play Pullman Porter Bluespremiered at the Rep in 2012. She’s also written for movies and television, from BET to Showtime to Robert Townsend’s award-winning web series Diary of a Single Mom. I caught up with West in between rehearsals to talk about the new play.

I don’t think I’ve ever seen young women’s basketball portrayed in any medium. What drew you to the subject?

Both my kids and my brother’s kids play sports, so I was thrust into the world of AAU and competitive basketball. I knew nothing about it—it was a world that seemed very foreign to me. I started interviewing people all over the country, and everybody has a story of some kid’s parent that threatened somebody or started a fight. All these horror stories, and yet there’s a lot of great things that come out of sports as well.

This play looks at mothers who come to a tryout and end up playing bigger games with each other than the girls do. These are over-the-top parents, and the stakes are very high when you’re at a tryout. Everybody wants their child to make it.

What seems so inherently comical about children’s sports is that the adults, who should know better, are taking it so seriously.

It becomes a metaphor for how we are in this country about winning. Everybody wants to be a winner and anyone who’s a loser gets shunned or shamed. We carry it on through our kids to be winners, to come out on top, by any means necessary. Sometimes we lose sight of what that is doing to the child, and we also lose sight of what it’s doing to us as parents.

Your children leave you inch by inch, but if your child discovers sports, music, acting, dance—whatever that passion is—they leave you quicker. Parents want to stay relevant to be a part of that, and in trying to stay involved and connected, that’s when some of the zaniness happens.

That passion the child develops, for whatever they’re interested in, becomes larger and they need parents less, or at least the parents perceive that. You want to hold on a little bit longer, so you’re doing all the driving, taking the kid to the gym, doing a lot of stuff to stay involved, particularly when your child is going to the elite status. It can get very costly and time-consuming and it affects the entire family.

You’ve also worked in TV and movies. Does that process look different than writing for the stage?

It’s a very different process. TV and film tend to be a director’s medium, and things get changed more frequently. Onstage you have much more control; your vision gets up there. In theatre you’re much more involved as the playwright.

The playwright is queen and there’s no suits jumping in-

I didn’t want to say that, but yes. [Laughs] Oftentimes in film it’s not that way. But I’ve done a couple projects with Robert Townsend and he involves me to the end. We just did a film that now is on BET, and I was involved all the way up to casting and promotion.

What can we expect to see from BasketCases in the workshop format?

You’re going to see people with scripts in hand. However, I will say there are bleachers in the theater, and there are two basketball hoops and they will get used at some point.

At the heart of it, it’s about the relationship of parent to child and how we negotiate that. And on the other side, what games do we play when we walk into an arena? What games are we playing on the sidelines?