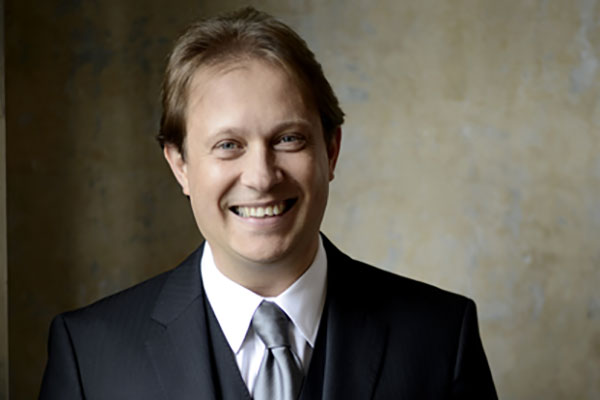 Fearless. That’s what Ludovic Morlot, Music Director of the Seattle Symphony wants to be. He wants to stretch what a symphony can do. He’s conducted composers like Boulez, Dvorak, Mahler, and Verdi while also producing programming that interfaces with the local community—last year’s collaboration with rapper Sir-Mix-a-Lot is a perfect example.

He chatted with us about the upcoming season, ferry rides and the Seattle Mariners.

What are you most excited about with this year’s opening night gala?

To present to Seattle French music that’s less well known. This will be the first performance of Ibert’s Suite symphonique, “Paris,” for instance. That’s very exciting for me, bringing these French composers who were important to the landscape of classical music in the first half of the 20th century to audiences.

And you get to work with violinist Gil Shaham.

He is a great violinist and a great friend. We’ve performed many times together, starting in New York City.

You play violin. Is there a difference when you conduct a violinist over some other musician?

You know the repertoire better, having played it yourself. I can read their body language. It’s easier for me to connect with them.

Are there any particular highlights for you personally in the coming season?

When you design the whole thing you love the whole thing! But: Dvorak’s final three symphonies, the Sibelius symphonies, Mahler’s Third Symphony, and our other programming, too: co-commissions with Mason Bates and Sebastian Currier, working with [Seattle-based sound sculptor] Trimpin.

What composers do you never tire of conducting?

Beethoven, Mozart, Haydn. I feel like I know about 1% of what they were trying to say. Each time I conduct I learn something else.

You mentioned your other programming. Innovating the symphony seems to be important to you. How do you find that balance between challenging symphony-goers and giving them what they’re used to with the Beethoven and Mozart and Haydn?

Art is about how we allow ourselves to get out of the box. To move forward as an organization you have to be open-minded. You can’t fear bringing different types of music to audiences—by doing that you might bring in new audiences. Everyone’s starting point to classical music is different, and I’m trying to hit all those starting points. Regardless of the repertoire, you have to be open to tolerate it. It just might trigger creativity. Sir-Mix-A-Lot, I had to get out of my comfort zone for that performance and Sir-Mix-A-Lot had to get out of his. We have to be open and great things can happen.

I love to go on the ferry, to be out on the water. You get a different perspective on the city. You see that dichotomy between nature and city. The Olympics and downtown, the water; that duality is very striking to me.

There’s no limit to what one can do here. I haven’t found 1/10 of what the city has to offer.

When people come to visit you here—where do you like to take them?

I take my French visitors to a Mariners game. Baseball isn’t anything in Europe. They’re fascinated by it like I am!

What’s the future for the symphony? Have you started planning for next season?