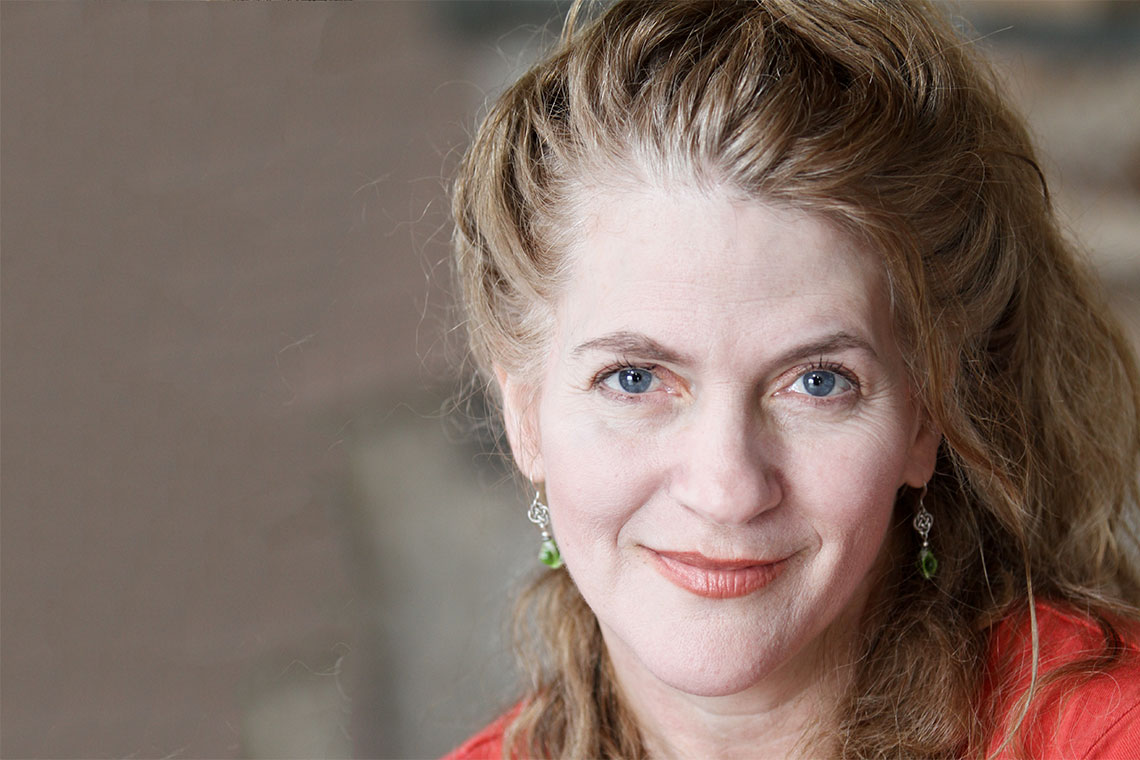 Book-It circles back to one of their first critical and audience successes from two decades ago with I Am of Ireland, running through October 12. It’s a selection of Irish short stories and songs adapted in their unique page-to-stage manner.

Director Stephanie Shine, who helmed the original production, returns to Seattle from her new home in Tennessee to revisit the work of an earlier self. I asked her a few questions about the show.

What’s it like to revisit a play from twenty years ago?

It’s a very emotionally-wrought experience for a variety of reasons. I keep getting these “hits” from the past—somebody’ll say something and I’ll remember how another actor said it twenty years ago. It triggers me into this whole atmospheric experience. It was a very exciting time in my life artistically, and it’s responsible for many of the paths that I took subsequently.

One thing we all found was that the stories are even more meaningful to us as we’ve matured, both artistically and as human beings. We’re able to see even greater depth within the stories. They’re speaking to us like all great literature does, from where we meet it at this age in our lives.

It’s had so long to steep in your subconscious.

Right. Our own life experiences now color the material. We’ve lost parents and marriages, we’ve had children–so many things have changed.

I left Seattle three years ago to join my husband and help his fledgling Shakespeare company grow, and I haven’t really been back since, except for quick stops to see my family. I hadn’t even been to Seattle Center for three years after spending a decade there daily. It’s so different! Whoa! What happened to Mercer! Where’d the lake go?

It’s very interesting to see yourself as a young artist. I was just beginning my directorial career and many of the choices within the material and things that are inherent within the adaptation spoke to what was important to me twenty years ago. It’s a chance to look at yourself, in a way.

Frozen in time, but living.

Book-It is now known for taking on sprawling novels, but this play is composed of shorter pieces. What’s the adaptation process look like?

Well, short stories were the format we started Book-It on, and then novellas, then novels.

You gotta work your way up.

Exactly, because we were learning the form. In the very early days it was a company policy that we would not edit a single word a writer wrote. By the time we got to Irelandwe were still doing that. The adaptation dealt with who says what, which changes the point of view for the audience and the importance of any given line.

By the time it was remounted in ‘97 we realized we did not have to say every single word a writer wrote, so some arbitrary “he saids” and “she saids” left. Now we’re seeing that we actually can take liberties and excise full chunks of narrative if we want.

What’s important about the short story format is that by its very nature it’s short so you really can’t cut too much or you don’t have anything. It’s learning how to activate this in the style we used to have down beautifully twenty years ago that we are now revisiting. It’s like, “Wow, we used to say all that? How did we do that? Let’s discover that again.” If you were to look at the script you’d see almost every word the writer wrote, and if I’m choosing not to say it, I make it a stage direction for the actor. But it’d look almost verbatim like the story itself off the page.

We don’t update any of the language. One of them was written in a very heavy Northern Irish dialect that we’re not adopting for the story, but I wanted my actors to see it so they’d understand the nature of the people who were speaking. We’re gentling it up a little, because if we spoke that way nobody would understand us!

People say, “What kind of Irish are you doing?” Well, it’s modified southern general Irish so we can understand it. I have a good chunk of my family who live in the south of Ireland, in Kerry County, which is famous for an accent you can’t understand. Honest to god, when I go home it’s like, “What did you say?” They all think I’m deaf.

You have some pretty immediate roots in Ireland so I’d imagine you might have an instinctive feel for the famed Irish storytelling style.

I’d like to think it’s coursing through my DNA. I definitely have a passion for it. It’s curious, because even though I have an Irish parent and dual citizenship and I go to Ireland frequently, I was still born and raised here so I have an American aesthetic. I’ve had to learn my Irishness artistically. I would hope it’s a little easier for me than someone who doesn’t have that ready familiarity and lifestyle I’ve had.

I’d imagine there’s got be some deeply ingrained cultural similarities just from the similar climates.

When my dad immigrated to America, this is where he came. It makes me laugh. “This feels like home, I’ll stay here!” Except we have much bigger mountains, and more trees. But there’s a huge Irish community here. Off-the-boaters, they like it here quite a bit.