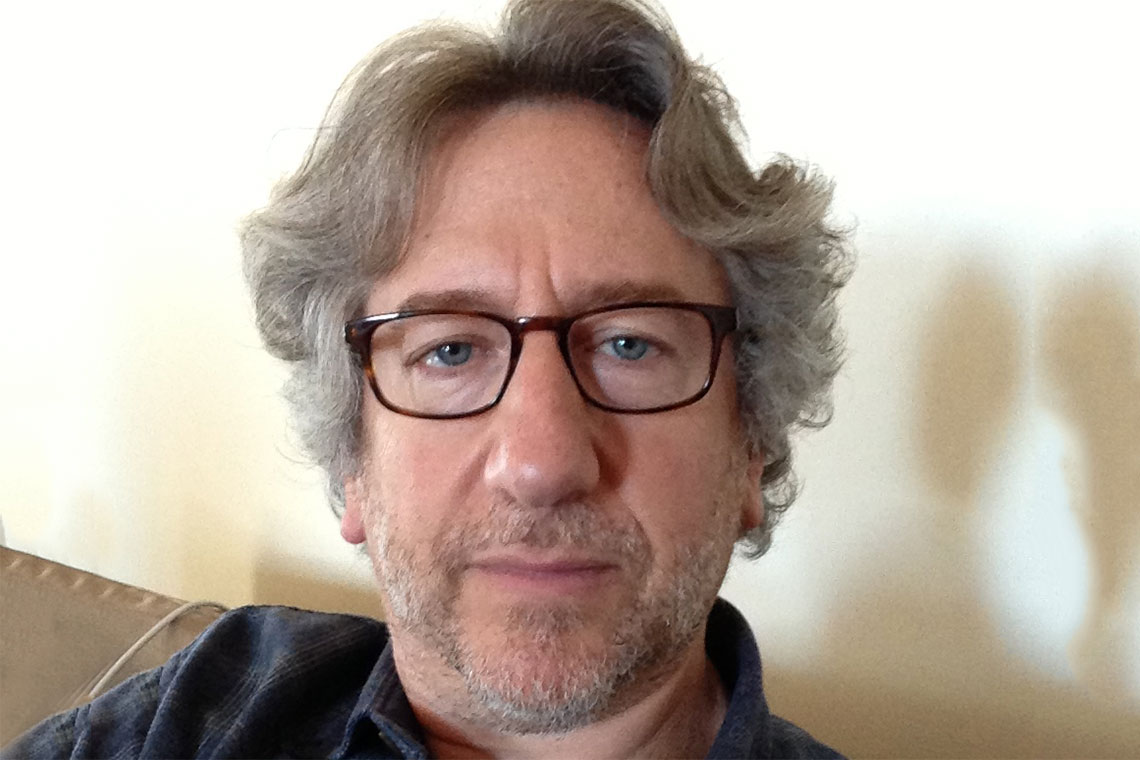 John Markus has written for some of the most popular and memorable sitcoms in television history: Taxi, Gimme a Break!, The Facts of Life, The Larry Sanders Show.  He was head writer of The Cosby Show for six years during its reign as a genre-reviving pop-cultural lodestar. Most recently, he’s made the transition to theatre with The Fabulous Lipitones, a comedy about a barbershop quartet he co-wrote with Mark St. Germain. It premiered last year and now runs at Taproot Theatre through October 18.

I asked Markus some questions about writing for television and theatre and learning about the art of storytelling from an undisputed master.

How do you make the transition from episodic sitcoms to theatre?

It’s actually less of a transition than you’d think, because when you write shows done in front of live audience it’s like the first cousin of live theatre. All the TV shows I’ve worked on (except for The Larry Sanders Show) I’ve been writing for the people coming to see the [live] tapings. In terms of what unites an audience in understanding your story and feeling compelled by it, as far as the mechanics of writing, they’re very similar.

I was very fortunate to know [Lipitones co-writer] Mark St. Germain, who has a very impressive resume in writing for the theatre. Mark has always been amused by my desire to be in theatre, because he knows firsthand the struggles. Compared to the pay scale of TV, it can be quite daunting. He used to teasingly refer to me as “theatre-boy.”

On Lipitones, Mark initially had the basic idea of setting a comedy in the world of barbershop harmony. He knew it’d be a group that had sung together since high school and that a member dies. He asked me to be a collaborator partly because he couldn’t figure out the story, which is unusual for Mark because he’s a writer’s writer. We sat at his picnic table in his back yard and I figured out an element that Mark embraced and the play wrote itself very quickly.

Which was the addition of the new [Sikh] member.

Yes, and the cultural differences he brought, and the challenge at self-awareness he’d bring to these men. So there’s a generational as well as cultural contrast.

The word “earnest” comes to mind, and also “corny” and “white middle-aged.” Sometimes those are basically just synonyms.

Why theater? What’s the specific thing that attracted you?

The most attractive element is the control the writer has. The words are untouchable unless the writer agrees they need to be changed.

There are no “suits” getting involved.

You don’t get notes. You can have a director tell you what they’d want for the script, you can have actors struggle with the lines and ask for revisions, but you don’t have to do anything. If you want to protect your vision, you don’t have to alter it. They have to work with what you’ve done.

Because I was raised in the collaborative atmosphere of TV, what’s great about the theatre for me is the back and forth between actors and writer and director. I sit in the audience every night I can with The Fabulous Lipitones and I enjoy hearing what the audience does, because it informs the rewrites I’d like to do on the play.

When you were a writer for The Cosby Show it was a pop culture phenomenon. What’s it like to be at the helm of this massive ratings juggernaut?

I was 27 yrs old and had never worked full time on a show, and never lived in New York City. Even though it quickly became the number one show on TV, we were working in a remote part of Brooklyn where having a hit show did not elevate your life in any way. It was isolated, so we couldn’t know our impact working on the show. All we knew was that we wanted to deliver a script every week that Bill liked enough to not fire us.

That’s the gig: how long can you dodge getting fired? And the truth is, I was the only original writer who stayed with the show. I started as a story editor, the junior level, then my mentor Earl Pomerantz quit after six episodes because New York wore him down and he wanted to be home with his family. So they basically made me the head writer, and Bill hadn’t fired me.

He’s a towering figure in comedy. What did you learn about performance and comedic instincts from watching him on set?

You could learn from Cosby not just as a performer and standup comedian. I learned in listening to how his mind worked. Our sessions on the show every Wednesday afternoon would be Bill exploring stories and working out in his mind a funny build and surprising progression to a storyline. It was like being at the knee of a master storyteller. I was young enough to still absorb things, and I drank in his brilliance. Now, how much of it I kept I’ll never know, but I was with the show for six years as head writer.

Would he just work through it out loud and “spitball?”

These writing sessions varied. Sometimes I’d bring stories from my youth and family, and sometimes Bill would have an idea based on something he’d seen during the week and spin it out. Sometimes he would embrace our ideas from the writers’ side. It was a collaboration that happened every Wednesday; that session would be to plot out a show that would be in script form that Monday morning. There are very few shows that do it that way, but when you have someone like Bill as your captain, you can do it.

There were Mondays where the script would be read aloud and Bill would look at us like, “Why didn’t you guys do the job correctly?” Needless to say, it was a very complicated relationship.

Are you working on anything now?

I’m working on a new TV show idea with Tom Fontana, the man who created Oz and The Borgias. He comes to me when he wants to try his hand at something funny.

Are you saying Oz wasn’t a comedy?

Maybe I missed some of those episodes…

You also worked on The Larry Sanders Show, which is credited as being one of the best shows about showbiz.

I’d even revise that and tell you I believe The Larry Sanders Show is one of the best written comedies ever on TV. That’s not egotistical because I didn’t create it–I came in year five. The memorable thing about Larry Sanders for me is the character comedy that Garry [Shandling] employed in the show. The TV business was the seasoning for these highly dysfunctional, flawed characters. It had a wisdom to it that was informed by the sordidness of showbiz.

Of course, any time you’ve spent more than a few years in TV, you get to know firsthand the lying, the backstabbing, the manipulation, and the paranoid behavior. The television business is a magnet for the dysfunctional.

So you decided to get into a field where everyone’s completely normal.

Believe me, nothing in TV prepared me for what I’ve been experiencing in the theater, let’s put it that way. [Laughs]