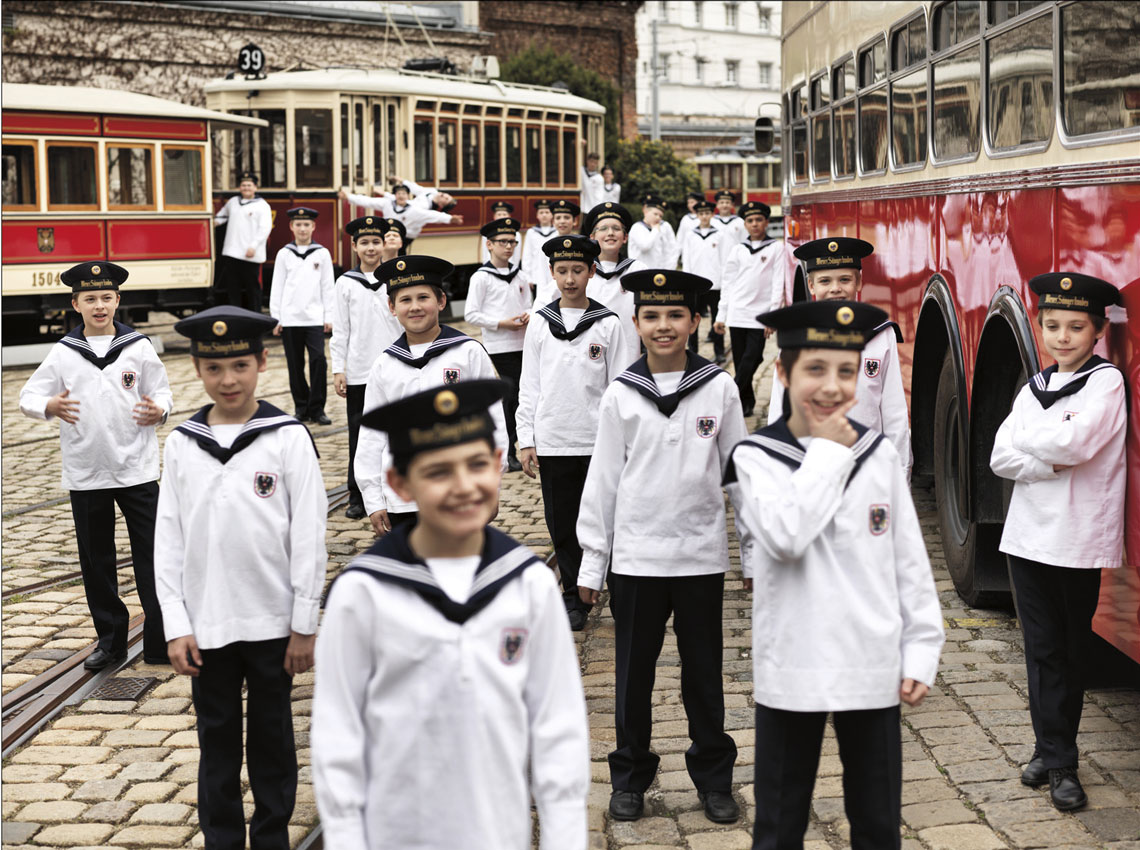 Boys have been singing at the court in Vienna since the 14th century. Today there are 100 choristers from 30 different nations between the ages of ten and fourteen, divided into four touring choirs. Between them, the four choirs give around 300 concerts and performances each year in front of almost half a million people. Each group spends nine to eleven weeks of the school year on tour. They visit virtually all European countries, and they are frequent guests in Asia, Australia and the Americas. Together with members of the Vienna Philharmonic Orchestra and the men of the Vienna State Opera Chorus, the Vienna Boys Choir maintains the tradition of the imperial musicians. At Hofmusikkapelle (Chapel Imperial) they provide the music for the Sunday Mass in Vienna’s Imperial Chapel, as they have done since 1498.