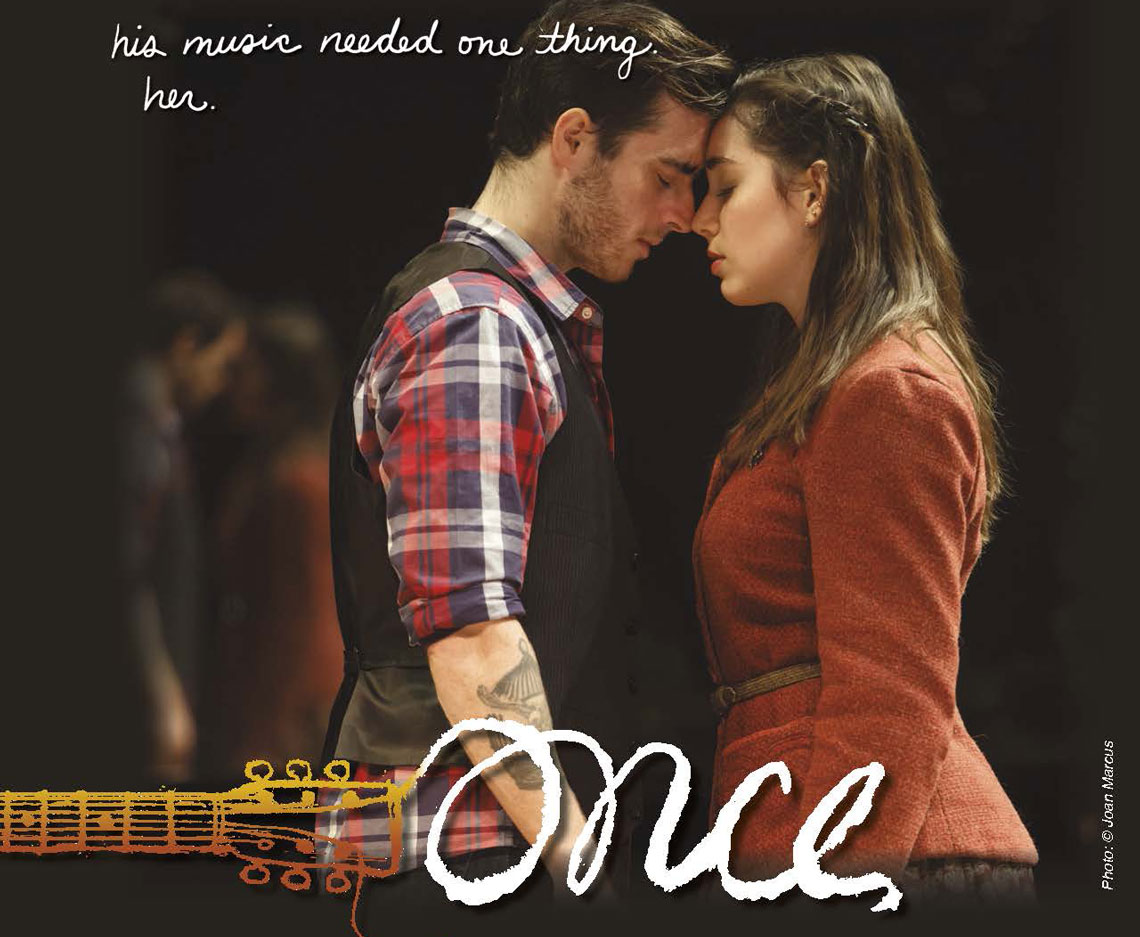 In 2007, the charming, off-beat Irish film Once opened to glowing reviews and quickly developed a fervent following. The touching, lyrical musical tells the story of two down-on-their-luck musicians, an angst-ridden Dublin street singer/songwriter who works as a vacuum repairman, and a Czech immigrant who sells flowers in order to support herself and her family. Girl (as she is known) initiates a friendship with Guy (as he is known), and in the course of a week they make music together, fall in love and part, but not before changing each other’s lives. The movie’s stars, Glen Hansard and Marketa Irglova, also wrote much of the score, and received an Oscar for their beautiful ballad, “Falling Slowly.”