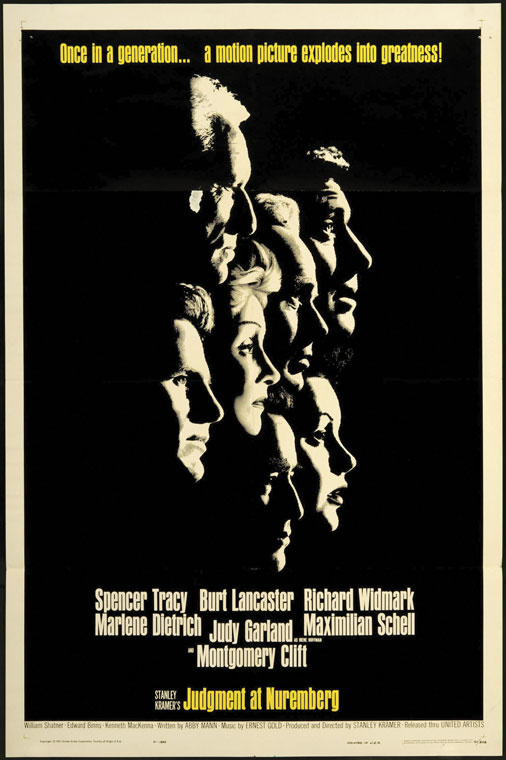 A Courtroom drama, set in 1948 Nuremberg. The film depicts a fictionalized version of the Judges’ Trial of 1947, one of the twelve U.S. military tribunals during the subsequent Nuremberg Trials. Centering on a military tribunal led by Chief Trial Judge Dan Haywood, before which four German judges and prosecutors (compared to 16 defendants in the actual Judges’ Trial) stand accused of crimes against humanity for the involvement in the atrocities committed under the Nazi regime. The film deals with non-combatant war crimes against a civilian population, the Holocaust, and examines the post-World War II geopolitical complexity of the actual Nuremberg Trials.