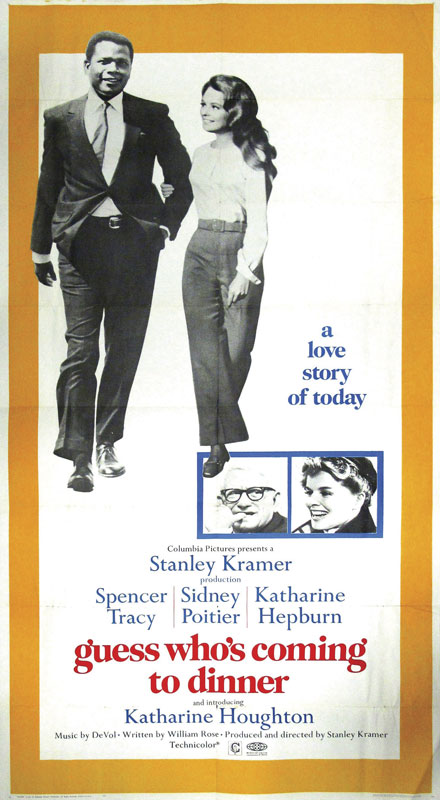 This film shares a (then rare) positive representation of the controversial subject of interracial marriage, which was illegal in 17 states until June 1967, six months before the film was released. Two weeks after Spencer Tracy filmed his final scene (and two days after his death), the Supreme Court laws were struck down in Loving v. Virginia. The movie’s Oscar-nominated score was composed by Frank De Vol. This film is notable for being the ninth and final on-screen pairing of Tracy and Hepburn. Hepburn chose never to see the completed film because the memories of Tracy were too painful. The film was released six months after his death.