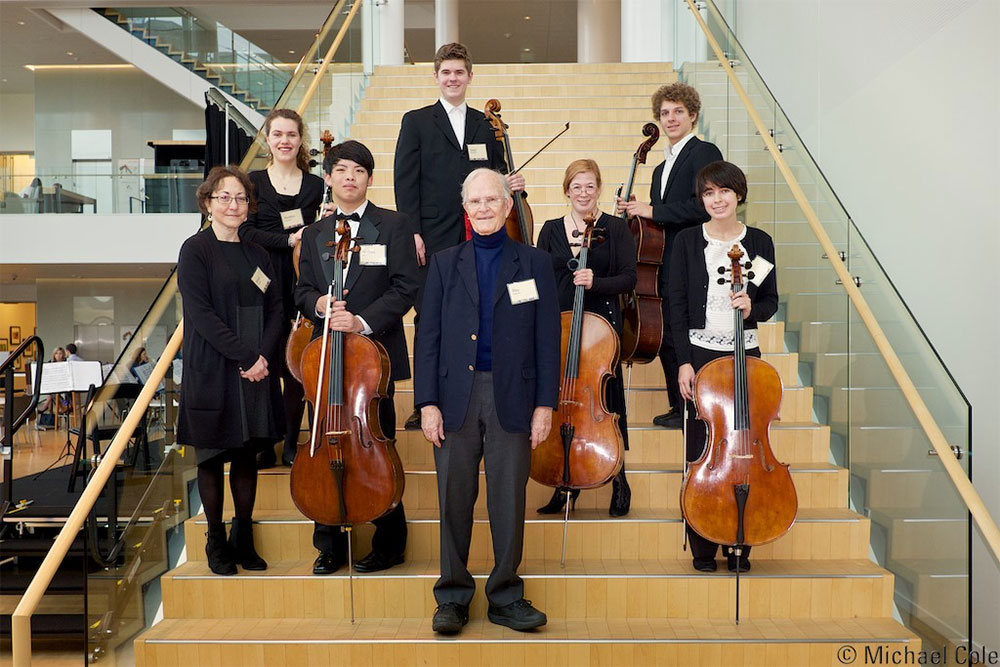 The Carlsen Cello Foundation is a non-profit organization that has loaned instruments to young cellists for nearly twenty years. We recently sat down with Miriam Shames, the Foundation’s director, to discuss cello acquisitions, the best pieces for cello and how you can help put a cello in a child’s hand.

Playing and studying the cello can be expensive. Base model cellos can cost $2,000 or more, and terrific “student” cellos can cost another $10,000 to $15,000. The Carlsen Cello Foundation provides a fine instrument while a recipient is actively studying, giving serious and deserving students the opportunity to practice and perform on a cello that matches the quality of their study and growing talent.

Miriam Shames is the Foundation’s director. With a Master’s Degree in Cello Performance, Shames is no stranger to the expenses involved with the cello, nor the beauty the instrument can bring. While being involved in the Foundation, she also works with cello students in her Seattle studio and has performed with such groups as the Pacific Northwest Ballet and Northwest Sinfonietta.

Ray Carlsen is a Seattle dermatologist who started taking cello lessons as an adult in the early 1990s. He immediately became interested in going to auctions in London and New York and collecting older, most European, cellos. Over the next two decades, through his own purchases and some donated cellos, his collection grew to its present—approximately 100 cellos that are loaned out to students. It’s a remarkable feat and a remarkable treasure in today’s world.

Besides being a player himself, Dr. Carlsen, like so many, were drawn to the particularly beautiful and human sound of the cello. He also soon realized that an advancing student needed a cello beyond what is available through rentals, the price of which is prohibitive. The cello is enjoying a beloved place in the music world today, evidenced by its huge popularity among younger students, adult beginners, its use in some many genres and its draw with audiences.

Any notable cellists that have used a Carlsen cello?

Where do you get the cellos?

The cellos are purchased or donated. They are often restored in Seattle, and then maintained, by Rafael Carrabba of Rafael Carrabba Violins. He is a world-renowned restorer of the most beautiful and rare string instruments.

How can someone help?

The Foundation accepts tax deductible contributions, as well as donations of cellos.

What is your favorite piece of cello music?

My usual answer is “whatever I’m listening to right now.” But, of course, there are the Bach Cello Suites and the Schubert “Cello” Quintet in C Major.