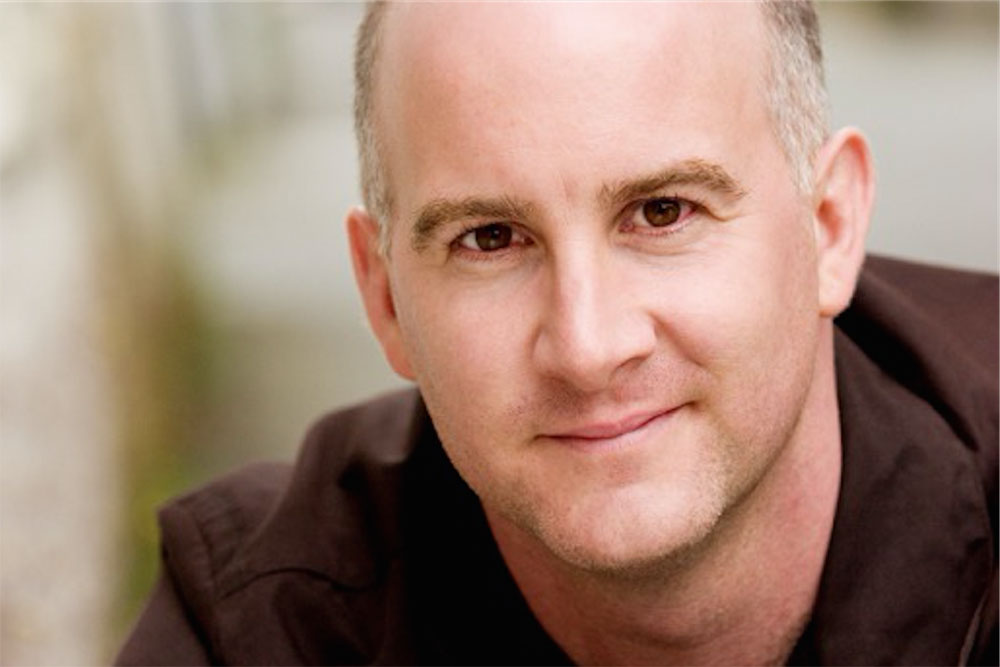 The perennial question of theatre programming is best summed up in four words: “Why this play now?” This question is especially pertinent when presenting works that portray actual historical events that happened within living memory; the skillful playwright must find a way to give an old story new relevance. She must delve into the thoughts and actions of our forebears but remain mindful of the audience’s current reality, bridging the gap between the two while avoiding didacticism, misappropriation and sentimentality. It’s a tall order.

Next month ACT Theatre will premiere a new play, Daisy, about the making of the most notorious campaign commercial ever made, the “Daisy” spot from Lyndon Johnson’s successful 1964 presidential run. Watch it and you’ll see that our present apocalyptic rhetoric has nothing on this ad; it’s a strangely reassuring reminder that candidates have always shouted, “Vote for me or we’ll all die!”

Daisy comes on the heels of a wildly successful play about the same president, All the Way, and the conclusion of an acclaimed TV series about the same era, Mad Men. It’s also premiering at the height—depth?—of the American presidential election season, always a time of momentous portent and increased attention to posterity.

I talked to Daisy’s playwright, Sean Devine, about this uncanny convergence of history, zeitgeist and theatre.

Did this play arise with expectations of the current election season or did it develop on a different path?

Completely on a different path—I wish I had that much foresight! I first discovered this story and wanted to tell it as far back as 2003. I started writing it in earnest three years or so ago. Even then I didn’t have an inclination of how connected it’d be to this election cycle.

As the play was getting further along and as I was developing a partnership with John Langs and ACT, we knew that we wanted to program it during this election cycle because we thought that would help advance its relevance. But none of us could have predicted just how directly connected it is, thematically and content-wise, to what’s going on today. It’s pure luck that it’s this relevant.

LBJ keeps coming up in the culture and Mad Men got us all thinking about the roots of manipulation in the media. Were you informed by any of that? Did All the Way inform your writing?

I had already developed my story before Mad Men came along, but it informed in the sense that it gave me a little more dramatic insight into the era. It certainly excited me because it showed that people were finding this world and this era interesting. Their storyline started around 1962 or ’63, and you could tell they were advancing toward Kennedy’s assassination and talking about Johnson and his election. I was petrified that they were going to devote an entire episode to the creation of the “Daisy” ad. I breathed a sigh of relief when they didn’t even talk about it.

You mentioned All the Way—I definitely was aware of that play but I purposefully held off on reading it or seeing it until I had my story told because I didn’t want to parallel it too much.

The question you were kind of asking beforehand—“Isn’t it interesting that these things are all coming back into the cultural consciousness?”—I think that’s part and parcel of why I’m telling this story, and perhaps why [All the Way playwright] Robert Schenkkan and the Mad Men people are telling their stories. I know that I don’t want to tell a story from a previous generation strictly to be a museum piece. The kind of plays I’ve written so far, I deliberately focus on relatively recent history as a commentary on contemporary life. I’m a firm believer that history is cyclical and that we have to look to our past for insight into our present.

When you see things you’re working on bubble up in the zeitgeist is that validating? Do you think, “I’m really onto something here,” or is it, “Dammit, they’ve stepped on my premise?”

It is both. Without trying to sound like a forecaster, it is reassuring to feel that this thing that I’ve been insanely curious about for a long time, there’s a reason for it. Writers always want to feel that they have a finger on the pulse. And when you’re writing something that’s set 50 years ago, you’re taking a big risk in being portrayed as so far off the pulse. So when it does come full circle there’s a certain amount of vindication there.

The other half of that question is, Does part of me feel like they’re stepping on my toes? It’s not so much that. In the three or four times we’ve had public readings of it recently, as people watch this story I can see on their faces that they’re finding it shockingly interesting just how close the two stories are, my story and [the current election]. But the downside of that—if it’s even a down side—is that they end up thinking the play is intentionally serving just as allegory for what’s happening now. The current reality is so strong that my small concern is that they’re not gonna take away the lessons of the past as much as to focus on the contemporary parallels. It’s a phenomenon I’m observing that’s beyond my control at this point

That’s not such a bad problem to have.

Doesn’t it seem strange that the current Democratic candidate campaigned for Goldwater in ’64?

It does seem strange—it’s quite an interesting factoid. The other question is: Doesn’t it seem interesting that the presumptive Republican nominee was a frequent donor of the Democratic nominee?

Does the fact that Trump donated to Hillary and Hillary campaigned for Goldwater suggest that we are “doomed to repeat”?

It’s funny that so many people are drawing parallels between Goldwater and Trump. While Goldwater was certainly an extremist in his day he was a true conservative, an old-fashioned, dyed-in-the-roots Republican. Whereas Trump is all over the map and he’s saying things that are just downright ugly.
Not that I want to pump up Goldwater, but there was an article that came out today in which Goldwater’s widow and son were saying that it’s distasteful to see their father compared to Trump.

What are the odds that all this would converge before the world premiere of your play?

Our production is going to take place during July when the two national conventions are happening! We even have a scene that is set during the Republican convention. The serendipity is gonna be a little bit bizarre.

Daisy runs from July 8 through August 7 at ACT.