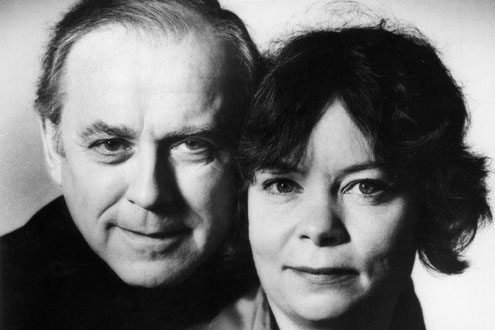 Stuart Vaughan, the founding Artistic Director of Seattle Repertory Theatre, died of prostate cancer on June 10 at his home in High Bridge, New Jersey. He was 88 years old.

It was in 1962, after the World’s Fair put Seattle on the map, that Seattle businessman and arts patron Bagley Wright led the effort to establish Seattle’s first serious theatrical organization. Stuart Vaughan, a young director who was making a name for himself as an interpreter of Shakespeare, was asked to be the Artistic Director. He accepted and brought together an acting company. Their opening night was November 13, 1963 featuring Vernon Weddle in a well-received production of Shakespeare’s King Lear. Critic Hans Lehmann said of the show that it “thrilled the house as a harbinger of great theater for years to come,” and he was absolutely right.

Vaughan lived his life in and around theater. Born on August 23, 1925 in Terra Haute, Indiana, his father was an auto parts salesman who was killed in action during World War II. At 15, Vaughan played the lead role in a production of Robin Hood at a local children’s theatre. He’d go onto the Indiana State Teachers College, (now Indiana University), where he designed and directed a production of Macbeth as his thesis.

Vaughan worked as a teacher, director and actor in England and New York throughout the 1950s. In the early part of the decade, New York theatre impresario Joseph Papp asked him to direct outdoor productions of Julius Caeser and The Taming of the Shrew—the beginning of the still-thriving New York favorite, Shakespeare in the Park. In 1963 he directed an off-Broadway production of Abe Lincoln in Illinois with Hal Holbrook. who had performed in Seattle doing Mark Twain Tonight! during the World’s Fair. With Holbrook’s help, Stuart became Seattle Repertory Theatre’s first Artistic Director. In the late 1960s he also helped found the Repertory Theater New Orleans that closed for financial reasons in 1972.

He continued to work in theater. He taught at Harvard and the University of Vermont, among others, and toured the United States with the New Globe Theatre. He wrote plays including Assassination 1965, Ghost Dance and The Royal Game.  Back in New York City he staged several of the New York Shakespeare Festival productions including Two Gentlemen of Verona with Melissa McGovern, King John with Kevin Conway and Julius Caesar with Al Pacino and Martin Sheen.

He is survived by his wife, Anne Thompson Vaughan. The two met in Seattle when she auditioned for a place in Seattle Repertory Theatre.