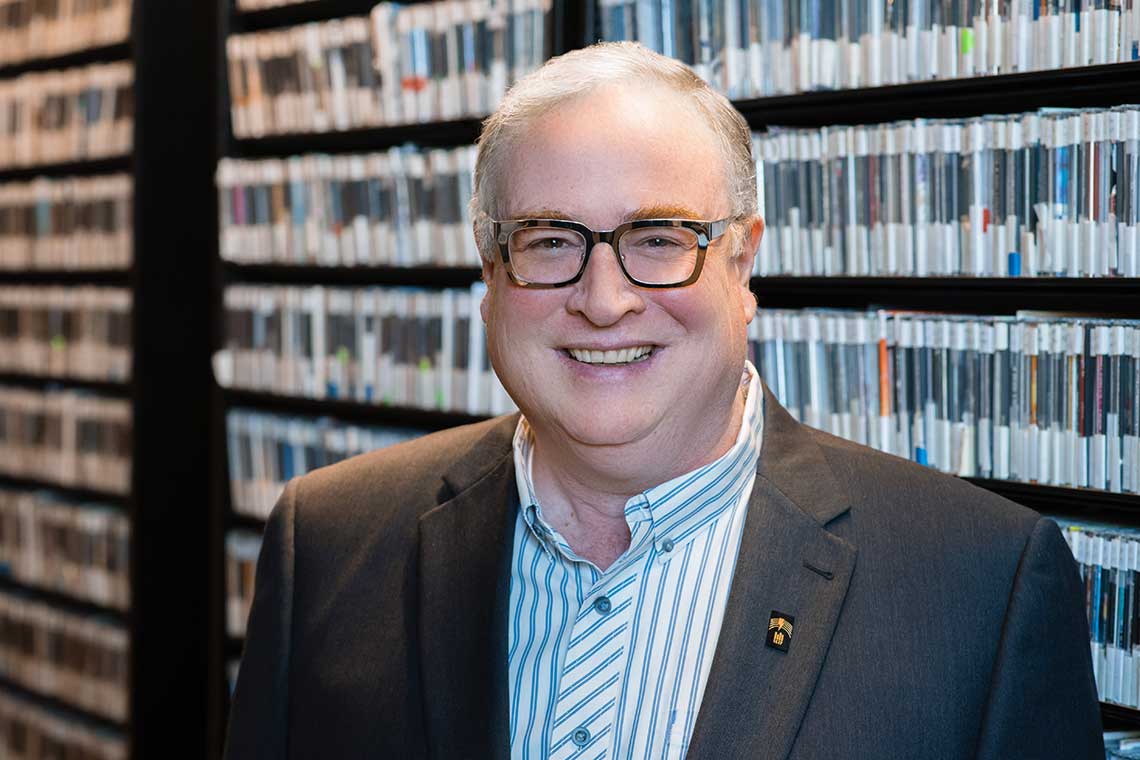 If one were to categorize the Seattle International Film Festival the last few years as a movie, it would fall under the “drama” category. Perhaps even “thriller.” For one thing: the dark specter of COVID. Two years of in-person film festivals were wiped out. This year’s festival had people back in the theaters, but not as many people as usual, nor as many films. For another thing: there has been some tumult behind-the-scenes. Leadership has been turned over time and again and some staff, with the return of the 2022 festival, walked out over pay issues.

Things are challenging, of late, at one of the great film festivals in America. Tom Mara, who recently retired from KEXP after 22 years as its executive director, is eager to take that challenge on and turn the drama into something, perhaps like a fantasy.

He recently sat down to talk to Encore Spotlight about the role, his goals, and Raging Bull.

The conversation has been edited for length and clarity.

Jonathan Shipley: What’s your favorite movie of all time? Why?

Tom Mara: Raging Bull. I had already been a fan of Robert De Niro and his performance was, viewing it as a 16-year-old, tremendously powerful as a primer for life. Still is.

If you could have been cast in any movie, what movie and what role?

I would have loved to be any of the jurors opposite Henry Fonda in 12 Angry Men just to witness firsthand his performance. Or to have played Fezzik in The Princess Bride!

Your, personally, favorite SIFF memories through the years?

Regardless of the particular theater, I always thoroughly enjoy the gathering in the lobby and sharing in the anticipation with others. I love listening to the conversations and engaging folks while queuing up. And the galas have been a hoot!

What interested you in taking on this new job of yours?

Music and film have been an active interest since I was a little boy. My older brother Mike was my music Sherpa, making sure I considered unfamiliar artists and genres from an early age.  In a similar role, my father would take us to the movie theater every Friday night for many, many years which also exposed me to a wide and deep array of films. (Including Raging Bull!) I just coveted those Friday nights. As a matter of fact, as a six-year-old or so, I learned about the notion of time through music and film. The theater would play music beforehand and I would ask Dad how many more songs before the movie started. Songs were a unit of time before minutes were. So, in other words, there’s a fundamental, personal connection to SIFF’s mission.

What are you hoping to improve or add to SIFF? What ideas do you have near and long term?

The COVID pandemic was particularly difficult on the performing arts, including film. Since I haven’t started yet, I don’t have enough information or context to point to a particular strategy, but I do feel our ability to generate greater impact will be based first on how healthy we are coming out of the pandemic. My experience at KEXP during COVID may be helpful here. Long term, the quest will be to reach more people and enable film to play a larger role in their lives.

What, generally, can Seattle and the state do to bring more filmmakers and filmmaking here?

I have applauded our governor and state legislature’s recent increased commitment to provide incentives to attract more productions throughout the state. Also, I am excited about King County Executive Dow Constantine’s efforts to champion our film community including, for example, the development of a 118,000 square foot sound stage at Harbor Island, a huge step forward. I look forward to working with our elected officials to explore and find impactful ways to boost our film and creative economy.

Were there any silver linings for the organization due to the COVID pandemic?

I heavily suspect we all now better understand and appreciate the life-lifting power of film, the coming together around it, and the sharing of experiencing it. I was so excited to attend SIFF’s opening night showing of Navalny at the Paramount. I couldn’t help continually looking around that beautiful room and watching my fellow attendees take in this great film.

Goals for this year? In five years’ time?

I think my focus for this year will be to really wrap my head around SIFF’s financial position and to set a path forward out of pandemic-mode. We have a tremendous crew and a very committed board in love with SIFF’s mission, which will make such a great difference.

For the longer view, I’ll need to spend some time when I start in August to immerse myself in all things SIFF. I can’t wait to get in the room with colleagues to begin plotting SIFF’s future and partnering with the community to generate even more impact. Ultimately, the future will be about film playing a larger role in more people’s lives and building community around that. Here we go!