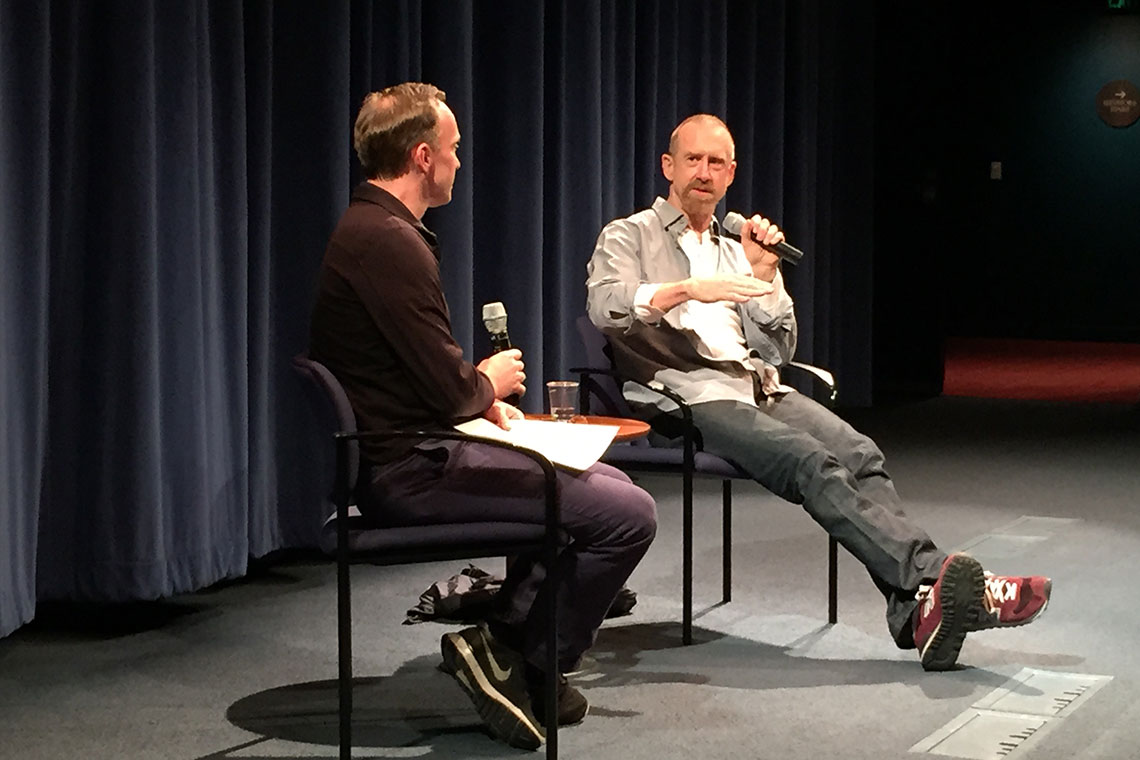 I understood the imperative in Europe to be that your job was to further the definition of your practice. Not to challenge it but to say, ‘what else does it do?’

William Forsythe is an innovator, working at the highest level of an art form that has been around for hundreds of years. That’s a daunting task. Hundreds of years, building up traditions, presuppositions and expectations. This doesn’t lead to a culture that’s always enamored with the new. But that’s exactly what Forsythe has consistently brought to the world of ballet, creating an exiting and demanding form of modern choreography that explores the boundaries of the art while fully embracing it’s history. As such, he’s thought a lot about what innovation means and why it is important.

This means that while he is personable and unpretentious, he often speaks in amazing aphorisms like this about the artist’s journey. If you have any interest in creating art, listening to him speak casually about his craft is like getting a pep talk from a motivational speaker.

The worst thing you can do with this work would be to tick off all the boxes: ‘I did that, I did that and I did that.’

See what I mean? This is the kind of thing Forsythe says all the time in casual conversation. Of course, in this case the conversation was happening in front of an audience of about 100 people in a lecture hall, so I suppose it wasn’t the most casual of circumstances. Peter Boal (previously on Encore here), artistic director of Pacific Northwest Ballet, was interviewing him as a part of the PNB Lecture Series.

Since the 1970’s, Forsythe, a New Yorker, has primarily worked in Germany, for the Stuttgart Ballet and Ballet Frankfurt. His life reflects his approach to work. He wants his dancers to learn by doing, to come to the material through their own experiences, to risk failure in the pursuit of discovery.

It has a reputation in the dance world of being the true test of your endurance. There was a principle dancer in San Francisco who said she would much rather go through another childbirth than do this piece again.

We don’t generally think of ballet as being physically punishing, because the whole idea is for it to look graceful and elegant in execution. But Forsythe’s work demands athletes. Just as in the world of sports, people are constantly getting bigger, stronger and faster then they ever were before, dance evolves to become more and more challenging and demanding.

How do you say no to Jesus, right?

Forsythe was telling a story about meeting Rudolph Nureyev, one of the most famous dancers of all time. He described the Russian’s presence when he entered the room to that of Jesus to people in his profession. Forsythe was eating lunch in his dressing room at the Joffrey in the ’70s when Nureyev propositioned him. I’ll just let him tell the story:

Some of the best dancers I’ve ever worked with are the ones that started out with hip-hop and moved to Balanchine.

Apparently the movie Step Up wasn’t too far from reality. Forsythe is willing to draw from any and all sources in his choreography. This hip-hop influence is noticeable in his dancers’ routines, but not overwhelmingly so. A step here, a glimmer there. His work mixes the old and the new in a way that neither favors nor detracts from either. It’s ballet as you know it. But it’s way different.

This applies to the music selection and the costuming. Vertiginous Thrill features tutus, as you might expect, but these ones are lime green and shaped like potato chips. So, you probably didn’t expect that.

Have you heard about this word, monopoly? Which is not just a game?

Are you aware of the great ballet shoe conspiracy? According to Boal, PNB spends a quarter of a million dollars per year on pointe shoes. That’s right. There 26 ballerinas in the company, and each one, on average, goes through a pair per day. At 80 to 85 dollars per pair, and supposedly there is only one place you can get them! This seemed like a frustrating but inevitable reality for Boal and Forsythe, who didn’t want to name the shoe manufacturer in question. I’d like to further investigate this story, but I’m afraid of what will happen if I dig too deep and upset the shadowy overlords of Big Pointe Shoe.

What is the present composed of right now, as opposed to what I think it’s composed of?

Forsythe spoke a lot about Marcel Duchamp’s “Art Coefficient” proposal, which is “the difference between the intended but unexpressed and the unintentionally expressed.” Basically, he advocates the shedding of delusions. From his perspective, innovation and originality can only be achieved if you see things with absolute clarity. You have to know how your own hopes and fears are influencing your perception of reality. “Seeing the future” was a recurring theme in this talk. That’s something he’d like to help his dancers and his students do. And you can’t do that if your jumping off point is an incorrect vision of the present.