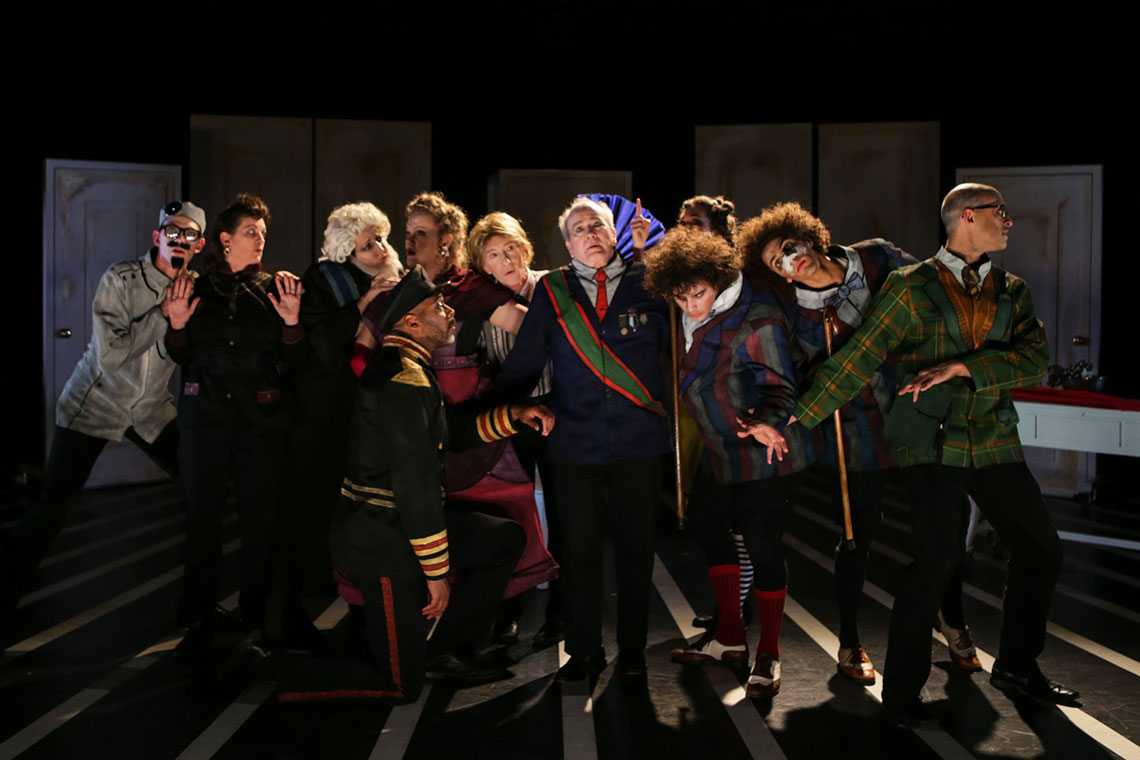 Allison Narver, who staged the company’s 2017 production of “The Government Inspector” will direct “As You Like It” in 2022. Photo by John Ulman

Seattle Shakespeare Company will return to their indoor stage at Center Theatre with a shortened season that will show Shakespeare: Drum and Colours, February 15–March 13, 2022, and Much Ado About Nothing, April 26–May 22, 2022.

The season will begin in February 2022 with Shakespeare: Drum and Colours. An adaptation of Hamlet and As You Like It, this production will alternate performances and features an all-POC Shakespeare repertory company that includes nine actors, two directors, and an all-POC design team. “Both of these programs were really the brainchild of Lamar Legend, our Diversity Programming Coordinator,” said Artistic Director George Mount. “When he approached me with the idea of a rotating repertory of two plays with an all-POC company, my heart took a leap.”

The season will continue with As You Like It which was originally scheduled to be staged in 2020 when the theatre closed due to COVID 19. The classic Shakespeare comedy will be directed by Allison Narver, who staged the company’s 2017 production of The Government Inspector.

In addition to requiring masks to be worn while in the theatre and vaccinations for all patrons, staff, volunteers and employees, Seattle Shakespeare Company has been busy preparing for guests to safely return. “We’ve been evaluating HVAC systems, lobby traffic patterns, and safety procedures to make sure that patrons will both feel safe and be safe while attending our shows at The Center Theatre,” said Managing Director John Bradshaw. Seattle Shakespeare will not be offering season ticket packages—tickets will be sold individually for each of the two performances. Tickets for Shakespeare: Drum and Colours will go on sale on January 4.