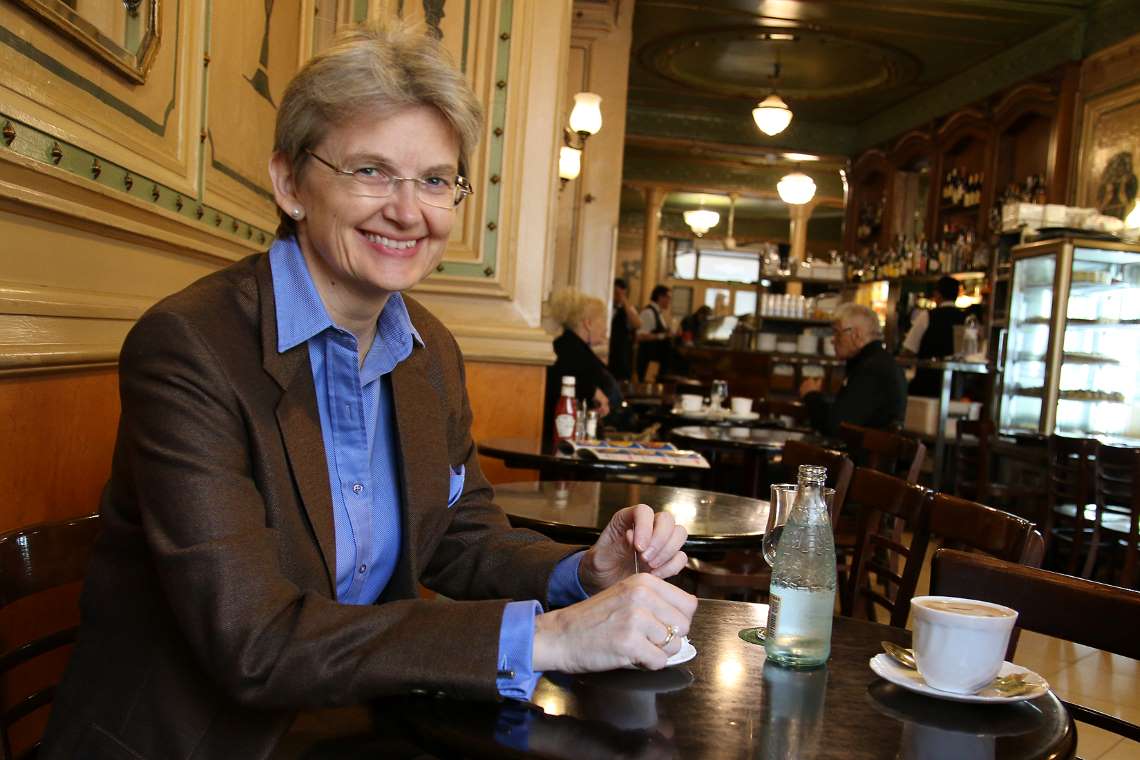 Christina Scheppelmann, will be Seattle Opera’s fourth general director and the first woman to hold the position.

Seattle Opera’s newest general director, Christina Scheppelmann, won’t be programming the upcoming season. That was done by departing General Director Aidan Lang due to the long-range planning needed to secure top singers, arrange for rental sets and more. Still, the announcement earlier this spring hinted that her programming choices may combine the best of the Glynn Ross and Speight Jenkins years with the changes instituted by Lang.

“Scheppelmann is the leader Seattle Opera needs to move the company into a new era,” said Adam Fountain, a Seattle Opera Board vice president and search committee co-chair. “She’s committed to new work, to helping the art form evolve, and to telling contemporary stories. She unites both where Seattle Opera has been, and where it’s going.”

Scheppelmann is known in the operatic world as having a strong administrative background as well as deep love for the art form. Fluent in five languages, she is currently the artistic leader of the Gran Teatre del Liceu, a 172-year-old company with an annual budget of roughly $50 million. The historic theatre produces over 130 performances in opera, classical music, dance and more per season.

Her involvement in opera began early as a performer in the children’s choir of the Hamburg State Opera. After completing a degree in banking, she left her home country of Germany in 1988 to work in an artist management agency in Milan. From there, she’s led artistic and administrative work at opera companies around the world.

In 1994, Scheppelmann was recruited by Lotfi Mansouri at San Francisco Opera, and became one of the youngest artistic administrators at the time. She contributed to two major world premieres: Jake Heggie’s Dead Man Walking (2000) and André Previn’s A Streetcar Named Desire (1995). A short list of her other accomplishments includes being the first director general of the Royal Opera House Muscat (Oman) and director of artistic operations at Washington National Opera.


“Seattle Opera has already established itself as one of the great American opera companies, and it can grow even further.”

In Seattle, Scheppelmann will be the only woman to hold the top artistic leadership position at a performing arts organization with an annual budget of more than $10 million. She is also one of only two women to lead an opera company of this size in the United States.

The other, Francesca Zambello, artistic director of Washington National Opera, welcomed Scheppelmann to the ranks with the following statement: “I think of Ruth Bader Ginsberg’s famous comment when she was asked, ‘When will there be enough women on the Supreme Court?’ Her response was, ‘When there are nine.’ Women are such an important part of the stories we tell onstage, and they are key members of our staffs, our boards, our audiences. It is high time for more women to be represented in top leadership. Christina is greatly respected across the field, and is an ideal choice to lead Seattle Opera.”

For longtime fans of Seattle Opera, it is abundantly clear that Scheppelmann has the right background and can lead. What’s not known yet is what direction she will take the company.

Seattle Opera founding General Director Glynn Ross (1963–1983) introduced Northwest audiences to Richard Wagner’s Ring, an unheard of feat for a small regional company at the time. He also encouraged greater access to opera through productions of classics sung in English. Succeeding Glynn Ross, General Director Speight Jenkins (1983–2014) not only produced two new Ring cycles but improved the company’s national and international reputation with an increased commitment to the German composer, including opening Marion Oliver McCaw Hall in 2003 with a grand and locally built production of Parsifal and creating an International Wagner Competition.

During his five-season tenure at Seattle Opera, General Director Aidan Lang (2014-2019) moved away from Wagner and commissioned smaller chamber operas to expand the company’s reach outside of McCaw Hall. He additionally partnered with other companies to bring more modern opera and interpretations to the main stage. Most notable of these was the recent successful run of The (R)evolution of Steve Jobs, which was co-produced with Santa Fe Opera and San Francisco Opera.

“Seattle Opera has already established itself as one of the great American opera companies, and it can grow even further,” Scheppelmann said upon being named the company’s general director. “It has a fantastic history, from more recent work, to historic Wagner productions (some of which I have seen). Seattle Opera also has a world-class opera house with great acoustics, and now, a civic home [at the Seattle Center] which will add fantastic value to the community. Singers love coming to Seattle Opera, because they like the company and they like the city.”

But does this mean more Wagner after Lang notably moved the company away from the composer? In an interview published in the company’s Carmen program, Scheppelmann said she’d wait to see what the audience wanted but does have a certain production of Lohengrin in mind. She also wants to look at the company’s immediate past. “I have ideas of course,” Scheppelmann said in the interview with Seattle Opera’s Gabrielle Nomura Gainor, “but I still need to obtain a list of Seattle Opera’s repertoire in the past decade to ensure I wouldn’t be repeating anything too soon. I also very much want to get to know the community in Seattle better first.”