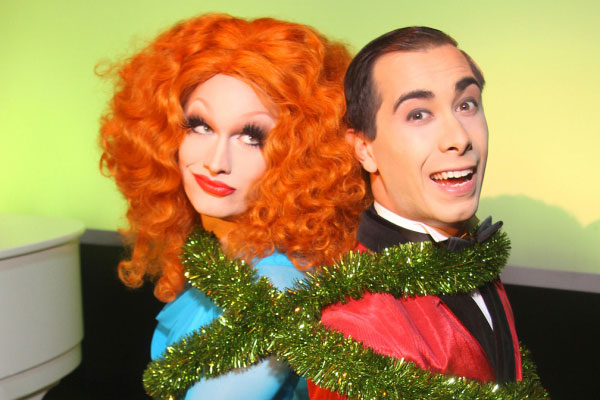 The Seattle Repertory Theatre recently announced that the revolutionary Jinkx Monsoon (Jerick Hoffer), last seen at the Seattle Rep last fall with The Vaudevillians, is returning for a holiday show with Major Scales (Richard Andriessen).

“After the overwhelming response to The Vaudevillians last season, we gave Jerick and Richard an open invitation to come back to us with a new show,” says acting artistic director Braden Abraham. “We can’t wait to see what they have in store.”

Rumor is it’ll be a reprise of a holiday show they did last year in New York. The show will take place at Seattle Repertory Theatre’s Leo K. Theatre from November 25 to December 13.

Are you not yet familiar with Jinkx Monsoon, winner of season five of RuPaul’s Drag Race?

Here’s a bit about the aforementioned The Vaudevillians:

At the Capital Pride Parade, a rendition of “The Origin of Love”:

At 5th Avenue Theatre in the role of Angel in Rent: