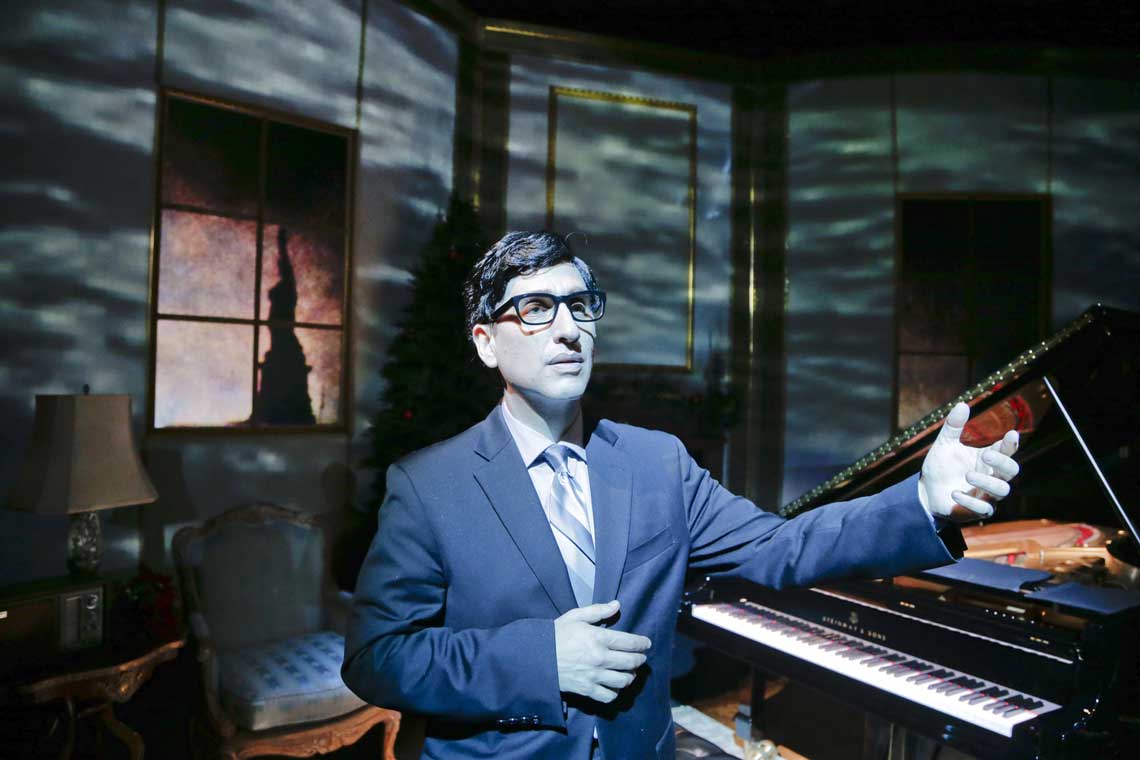 TheatreWorks Silicon Valley, Berkeley Repertory Theatre, and Seattle Rep are providing tickets to their audiences for a one-night-only musical event that will be live streamed on May 10 from Florence, Italy.

Hershey Felder will give a one-time-only performance this Mother’s Day as “the immigrant songwriter who gave America a voice.” The event, live streamed from Florence, will be presented and hosted by Hershey Felder Presents, but tickets are being sold by regional theatres across the country, including Seattle Rep, TheatreWorks and Berkeley Rep. A portion of the ticket sales will go back to the regional theatres, so theatres are asking patrons to purchase from the theatre they’d like to support.

Hershey Felder has found himself quarantined in Florence during these unprecedented times. In a letter to audiences he said, “As otherworldly as it is here, I am still drawn to the many theatres that have given me homes over the years, and so together we have created a nationwide event paying tribute to America’s greatest songwriter, Irving Berlin. Proceeds from this event will benefit each of the many participating theatres throughout the nation.”

Hershey Felder as Irving Berlin, which has been performed in theatres nationally and internationally, features beloved songs such as “God Bless America,” “There’s No Business Like Show Business,” “Puttin’ on the Ritz,” “White Christmas” and more. They will be performed on a set created as Irving Berlin’s home on Beekman Place in Manhattan, safely in a quarantined space.

Hershey Felder stated that in addition to the original performance he will be performing, “new additional material that speaks to our times, as well as a few surprises.” Also, audiences will be able to ask questions, sent in by text, which he will answer live.

Tickets for the event are available for $50 per household through Seattle Rep, TheatreWorks and Berkeley Rep. The event will be streamed on May 10 at 5 p.m. PST, 7 p.m. CST, 8 p.m. EST. The performance will be available to view for 72 hours after the event and runs for 1 hour and 45 minutes, plus a 10-minute talkback.

Updated May 4, 2020: Updated to include Seattle Rep as an additional theatre which is selling tickets to the performance. Previous versions only included TheatreWorks and Berkeley Rep.