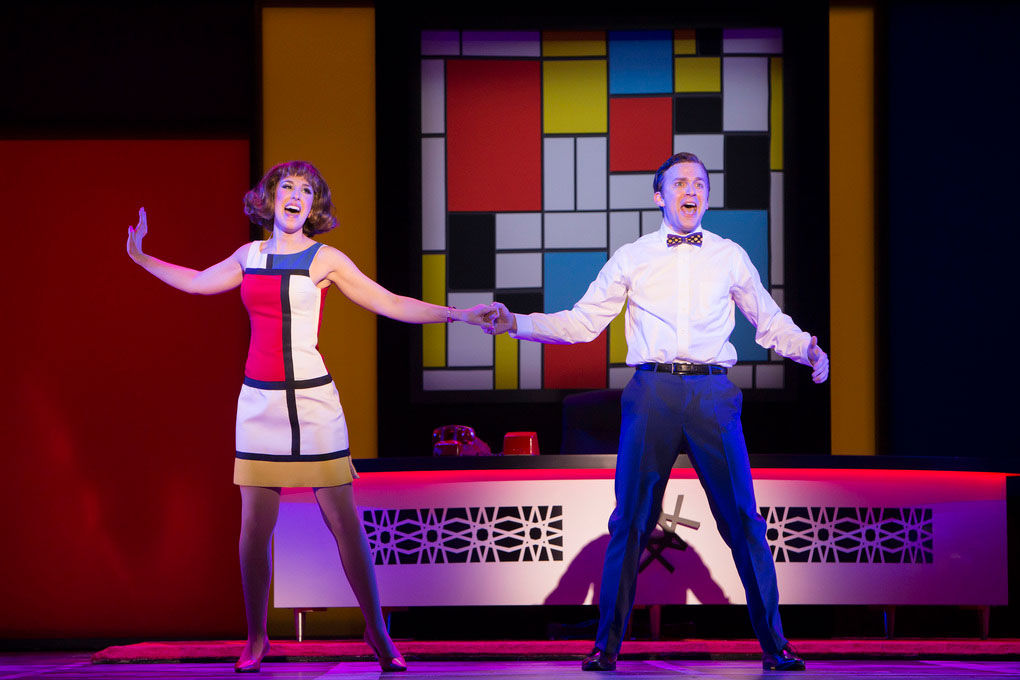 A month ago, I watched a comedy special on VHS from the mid-1980s called Comedy Goes to Prison, starring Richard Belzer, Paul Rodriguez and several other guys wearing bad pants that I’d never heard of. The reasons for why I ended up watching such a thing are complex and boring, so I’ll just get to the point: it was absolutely excruciating. Seemingly all of the jokes were racist, sexist, abusive and otherwise retrograde to our fancy modern ways of thinking. More importantly, they were just plain unfunny. Punching down is a nearly dead art these days, and thank God for that.

Ever-shifting cultural norms can make it tricky to produce comedy that endures through the ages, but not impossible. There’s one surefire way to escape the dustbin of cultural irrelevance: satire. Check that—great satire. Great satire is extremely difficult to pull off. I can only name a few examples of it off the top of my head: Duck Soup, Dr. Strangelove, The Simpsons… oh, and also How To Succeed in Business Without Really Trying. [See? I got us there eventually!] The key to creating truly great satire is to depict the world exactly as it is: utterly insane. If you have a gleefully cynical perspective on the way the world is in the present, I assure you this attitude will still be valid 50 years later.

In the case of How To Succeed in Business Without Really Trying (or HTSIBWRT as we shall henceforth call it—currently running through February 21st at the 5th Avenue Theater), the comedy still works amazingly well 55 years after the show premiered in 1961. And HTSIBWRT is jam-packed with potentially offensive hot button issues. Okay, mostly sexism. It portrays a corporate America in the early 1960s that is equal parts sleazy and repressed. Women only want to find a husband. Men only want to climb the ladder and sexually harass women. The show is fully aware of the absurdity of all of these absolutes, and it depicts a nearly tribal world of ridiculous, oblivious strivers.

If you ever have any doubt about where the creators of HTSIBWRT were coming from, look no further than the main character, J. Pierrepont Finch (or “Ponty”), a man that we can easily recognize today as a “sociopath,” who is nonetheless enthusiastically portrayed as a plucky hero. The audience is, in no uncertain terms, encouraged to root for this devious, insincere maniac as he cheats and manipulates his way up the corporate ladder. There is no comeuppance for this smiling monster (spoiler alert?), because that’s not how it works in real life. His love interest is Rosemary Pilkington, who is so open-eyed about the miserable marriage that lies in her future that her signature song is called “Happy To Keep His Dinner Warm.” Here’s a sample lyric: “Oh, to be loved by a man I respect; To bask in the glow of his perfectly understandable neglect.” Wow. This was written only a year after the fictitious world of Mad Men began, and it has every bit of the bite.

I don’t want you to get the wrong idea. There may be dark themes bubbling beneath the surface, but this show is fun and bright, popping with color and infectious songs. HTSIBWRT is the best show I have seen so far at the 5th Avenue Theater. Much of that has to do with the rock-solid cast and lavish production design. It’s a complex, fast-paced show with lots and lots of moving parts, yet all of the performers look like they’re having a great time, and the ever-shifting set played its part without a hitch (well, nearly). But credit must be given to the original creators of the show, Frank Loesser and Shepherd Mead, who wrote the original book. It’s impressive that a show that was created to address issues very specific to its own time can still seem vital and relatable over half a century later.

This is why I think the “free speech” comedians are looking at the issue from the wrong perspective. Of course they are free to tell jokes about whatever they like, but even putting aside the fact that they are offending people in the moment, they are also dooming their jokes to failure in the future. And this clearly doesn’t have to be the case. HTSIBWRT isn’t punching down. It’s punching in every possible direction, depicting a world governed by greed and madness, where nobody is pure of heart, and the guy who schemes and lies the most wins everything. It’s still funny to this day, and the show was written when Kennedy was president.

Last month, I saw Marriage of Figaro at the Seattle Opera, and it absolutely killed. Young people in the rows behind me were laughing hysterically, even letting slip the occasional “OH NO!” or “WHAT?!” Marriage of Figaro was written over 300 years ago, decades before America even had a president. Comedy doesn’t have to age poorly. If you put a little thought into it, it can be eternal.