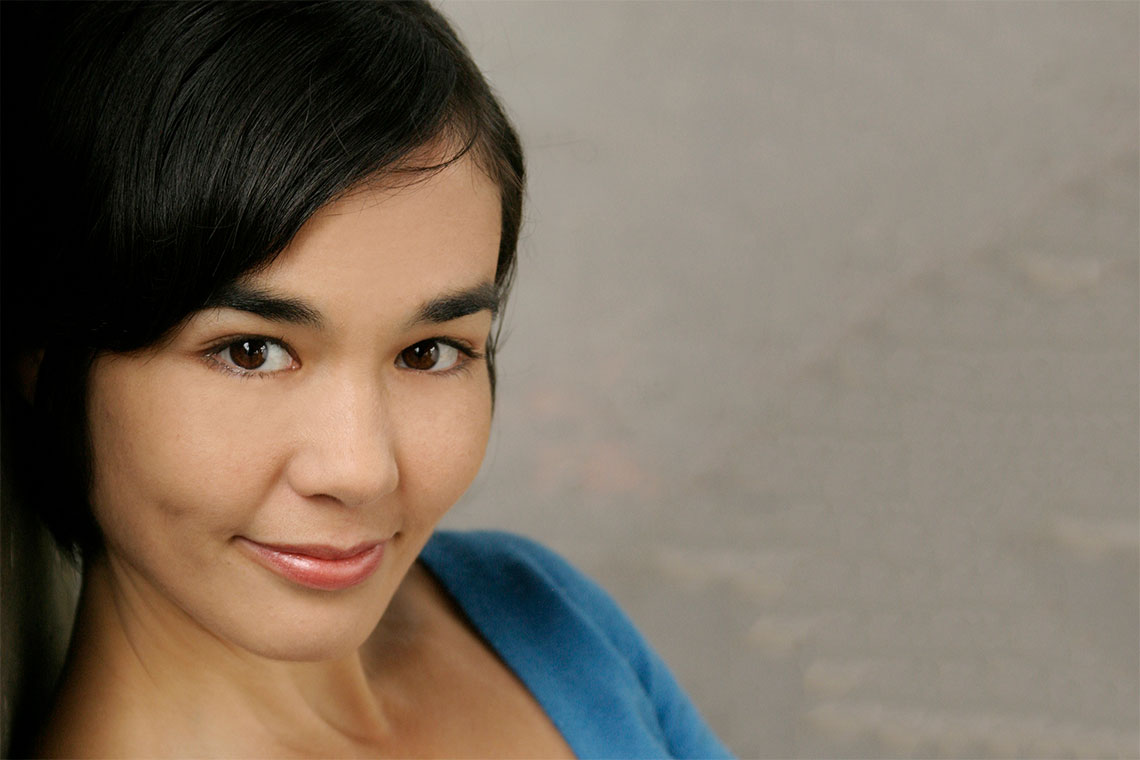 Joselynn Tokashiki Engstrom is a Seattle producer, performer and arts administrator. She’s worked in acrobatics, dance and theatre with Dream Science Circus, Circus Contraption and Café Nordo. She co-founded the Acrobatic Conundrum and in 2014 she was named to the City Arts Future List. Currently she serves on the board of Arts Corp and also consults independently with artists and organizations.

In the upcoming month Engstrom delves into local history with a pair of productions. She’ll play Baby June in Seattle Vice, Mark Siano and Opal Peachey’s cabaret musical about seedy ’60s Seattle running through January 31 at the Triple Door. After that, Engstrom is producing The Dead Man on the Drugstore Floor (and how he got there), a new cabaret show by Scot Augustson about the turn of the century Pioneer Square murder of former police chief Bill Meredith by vice lord John “Boss Sport” Considine, at the Jewel Box Theatre February 4 through 7.

Before gearing up for this theatrical foray into the city’s colorful past, Engstrom joined me for this week’s Five Friday Questions.

Back in December I went to “A Benefit for James Atkins,” an all ages show at Chop Suey with Hammerbox, The Gits featuring Rachel Flotard of Visqueen, Selene Vigil of 7 Year Bitch, Coffin Break and Gretta Harley. I spent my preteens listening to these bands at venues like the OK Hotel. Strong bands, many with female leads—talk about inspiring and formative to a 12-year-old. Here I was, at an all-ages rock show, listening to the music of my youth surrounded by the next generation of rocker kids and their parents. It was a very sentimental Seattle moment. You could feel the love and admiration in that room.

PHO! Cap Hill: Ballet. Queen Anne: Red Papaya. Downtown: Long Provincial. Definitely go for their late night happy hour after a show at The Moore. Beyond the pho, order the Tamarind Tree rolls and $2 lemongrass tofu—seriously, how do they get all that flavor in there?

Anything with a funky beat and horns, definitely horns. Can’t go wrong with anything on Daptone Records or any brass band. Hip-hop makes me want to dance: Sugarhill Gang, Digable Planets, Lyrics Born, Janelle Monae.

When I’m sad and I want to marinate in it: Neko Case, Willie Nelson, Cat Power. They all make me feel good-sad. And if I really need to sob, there is always “Love Hurts” by Nazareth or “Every Rose Has its Thorn” by Poison.

Communication! If no one knows anything, you can’t have a production. Everyone needs to be on the same page; if they aren’t then they need to know who to talk to. Which brings me to the other most crucial element: Organization! Spreadsheets and calendars are the best tool to keep an eye on all of the moving parts. And there are a lot of moving parts in any production. Sorry, that was two.

“Be the duck.” I’m still learning to practice that. I adopted the mantra “I’m a duck” to remind myself to let things roll off my back. Basically there are things that I can control and there are things that I can’t. Let go of the things out of my control. “I’m a duck.” So if I ever quack at you, buy me a drink—my stress levels are probably up there.