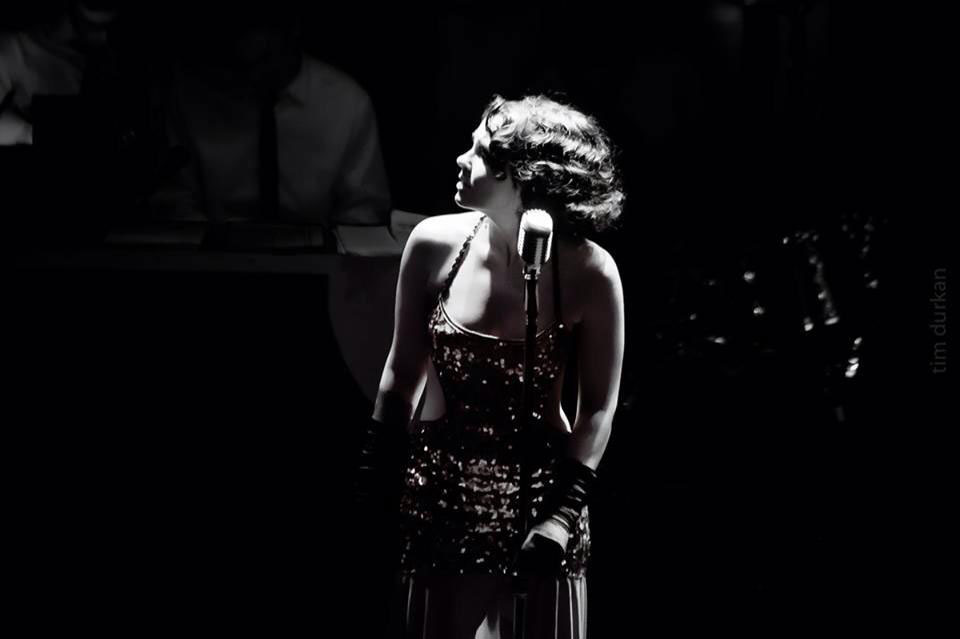 Opal Peachey is a native Washingtonian, Cornish graduate and company member of Café Nordo, that beguiling hybrid of conscious cuisine and theatre that’s set to open a permanent location in Pioneer Square in March. As a cabaret artist she’s co-created two musicals with Encore fave Mark Siano: Modern Luv and Seattle Vice. As an actor, she performed most recently as Rosa Saks in the last summer’s Gregory Award-winning The Amazing Adventures of Kavalier & Clay at Book-It. She’s a multi-talented entertainer and she’s got style. Peachey joins me for this week’s Five Friday Questions.

Do not get me started on Seattle actors—we have talent and technique in this town that would rival any of the big, bad cities of America. I’ll be honest, the performance that comes to mind was very raw, a shoestring show produced by two up-and-coming young women called Four Story House. Antoinette Bianco conceived the production and Erin Bednarz produced it. It was an immersive theatrical experience leading small groups through a house on MLK. Four short plays with various topics. The performance in question was by Carol Thompson. She played an addict. It moved me, and that is no short feat.

I was born and raised in Washington State and I will pay a pretty penny for some amazing sushi. In my neighborhood, that means Momiji on 12th and Pine. Get their albacore belly and transcend to the next level of yummy. When someone else is paying, I go for the Omakase—the Chef’s choice of the day. Daring! They also have an actor friendly 10pm–1am happy hour during the weekday.

Oh my gosh, it’s a little embarrassing but when I am on my head phones and I need a boost I totally blast T-Pain’s “Take Your Shirt Off.” If I’m down and out and want to revel in it, Lana Del Rey or Joanna Newsome. Damien Rice’s new album has been really doing it for me as well.

What is your most indispensable fashion accessory?

What’s the most useful thing you’ve learned about working in theatre?

How to self-promote and self-produce. That and loyalty will get you further than any god-given talent.