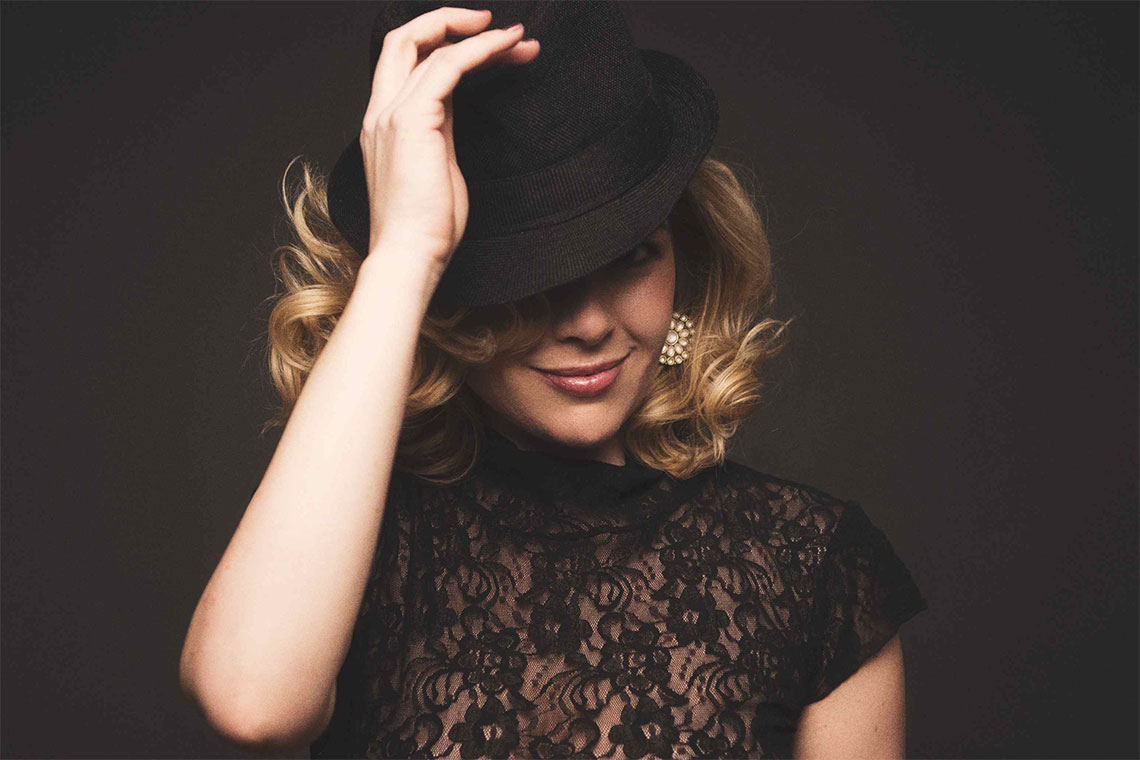 You might have seen Billie Wildrick playing Carrie Pipperidge in 5th Ave’s production of Carousel earlier this year (“radiant,” “nearly swipes the show”) or as Sally Bowles in Village Theatre’s Cabaret, running through August 2. She recently debuted on Broadway with Scandalous and can be heard as Eve on the original Broadway cast recording. You can also hear her on the original cast recording of A Christmas Story and on Café Nordo’s Music for Dining Volume One. Additionally, Wildrick is founding member and middle voice of the golden age girl trio, The Riveting Rosies.

In addition to singing and acting, Wildrick’s been teaching the musical theatre arts to all ages around Seattle for the past decade at 5th Ave, Freehold and Village Theatre. She also directs; this month she’s directing a workshop production of Peanutty Goodness at the Schmee and in September she helms a nontraditionally-cast production of Jesus Christ Superstar at Seattle Musical Theatre.

Wildrick works. A lot. She took time out of her busy schedule to join me for this week’s belated Fourth of July holiday edition of Five Friday Questions.

I thought Slaughterhouse-Five at Book-It was some really great theatre. Beautiful, focused story-telling that throbbed with emotional investment and intelligence. I was also completely taken with young Sydney Lucas’s performance of “Ring of Keys” from Fun Home on the Tonys. One of the most compelling interpretations of a song I’ve ever seen.

What’s the best meal in Seattle?
That’s tough. There’s so much good food in Seattle and I’m not a quantifier so much as a qualifier. I will say as a happy hour enthusiast I’m really into the daiquiri list and street tacos at Rumba right now. Add the guac and plantains chips and I’m a happy girl.

Tightrope never fails to pump me up.

In various other states of heightened emotion I go to the Boys Air Choir/Bach on Bach (particularly the Ave Maria) as true pitch resonating via a human voice truly retunes my soul. Also all things Leonard Cohen and Joni Mitchell.

I could, of course, go on all day. I will say I’ve really been into looping and studying one album or even one song over and over again to really think about and feel it and consume it completely. I feel a lack of depth in our modern world of “surfing”—literally riding along the surface of—images and headlines and “number-4-will-really-blow-your-mind!!” buzzfeed lists.

Breath. Theatre, to me, is first and foremost about being in a room together. This is something that all the technology in the world can’t devalue. No technology can replicate the electricity of breathing the same air with another human—if you let it in. There is so much emotional and physical information that rides in breath that you can’t code into words or visual effects on a screen. Breath is what makes theatre special against its slick, rich cousins, film and television. I like it when a production embraces its living, breathing creatureness as opposed to a glossy shine and polish that I can’t feel.

Approaching all things with the spirit of YES. Theatre is the most violently collaborative art form there is; the clay doesn’t argue with the sculptor about its creative stake in the process. Musical theatre adds another whopping heap of artists with skin in the game to the mix. It is easy for a director to dig into their own vision and look at the process as a paint-by-number. It is easy for an actor to be stubborn about how they want play a role regardless of what’s brought to the table by a scene partner, or to be defensive when receiving notes. But a show should celebrate and push the abilities of all collaborators and that only happens when everyone overcomes their fears and insecurities and stays alive to each other and the possibilities of what can happen if everyone lets go. I think the true magic happens when everyone starts saying yes.