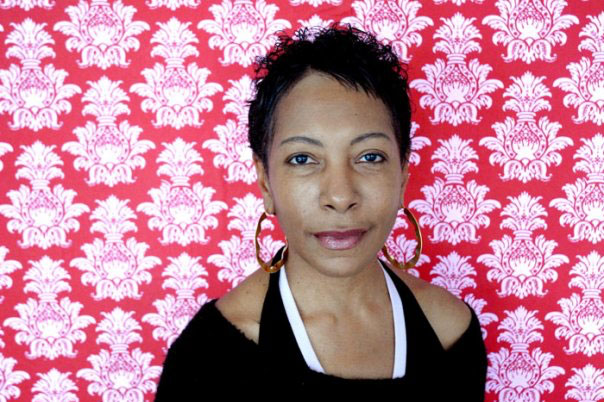 Amontaine Aurore is a writer, actress and performance artist. She’s written and performed numerous solo plays, including Waiting for Billie Holiday and My Name is Trazar. She brought her solo performance show, Queen Rita’s Blues Alley, to New York’s E59E Theater and the Edinburgh Fringe Festival. Her solo play, Free Desiree, has been performed in various venues throughout Seattle and was named a Fringe Best Bet at the New York Fringe Festival. Last year Aurore played dual roles in Avatar: Fanon and Decca, a video installation piece written and directed by C. Davida Ingram as part of the Genius exhibit at the Frye Art Museum.

Next up, she’ll be in Annex Theater’s upcoming production of Eat Cake (along with last week’s 5 Fri Q-er, Kamaria Hallums-Harris), opening April 26. This fall she’ll perform her show Love Letters from Beyond the Veil at New York’s United Solo Theater Festival. Aurore joined me for this week’s installment of Five Friday Questions.

Youth Speaks Grand Slam is a yearly slam poetry contest that chooses five finalists to attend the national poetry slam in D.C. I was extremely heartened to see young people so politically and socially engaged; expressing themselves on everything from the politics of hair to Seattle gentrification to problematic issues with straight allies. There’s a tendency for the mainstream media to cast all youth in a negative context. It is so good to get a glimpse of the other side with youth that are remarkably informed, articulate and outspoken.

I also was really moved and inspired by Roger Guenveur Smith’s solo show, Rodney King, at Langston Hughes. He is so unique in how he approaches his solo work. His physicality is distinctive, and the cadence of his writing and delivery is very much like listening to a jazz performance. He is one of the main reasons I decided to develop myself as a solo performance artist.

I’m a vegetarian leaning heavily towards vegan, so I struggle sometimes to find restaurants that cater to my needs. I do love Café Flora’s mashed potato tacos, which I’ll only allow myself to eat occasionally. Thrive carries some gourmet raw food dishes, which I appreciate. Particularly good are their nori rolls, and their raw chocolate smoothies are divine.

When I need something extra to get me going I listen to Jill Scott’s Beautifully Human. It’s soulful, sexy, and the truth.

When I’m feeling particularly sad, angry or distressed, which I have been recently about the state of the world, I pull out something like Gil Scott Heron’s Winter in America or Marvin Gaye’s What’s Going On. These are big, compassionate works that soothe my soul, and it’s incredible how the sentiments expressed in music created in the ’70s is strikingly relevant for these times.

What’s the most crucial element of any production, and why?

The spirit of collaboration. Theater is made up of so many players bringing their own expertise to bear. When everyone believes strongly in the project, feels empowered in a free exchange of ideas, and can work together harmoniously for the sake of everyone and everything concerned, real magic can happen.

What’s the most useful thing anyone’s ever taught you about working in theater?

To not chase fame, fortune and acclaim. If it happens that’s great, and if it doesn’t, that’s fine too. Rather give credence to the work that inspires and speaks to your mind and heart, and remember that the actual creative process and the work itself is what will grow your soul.