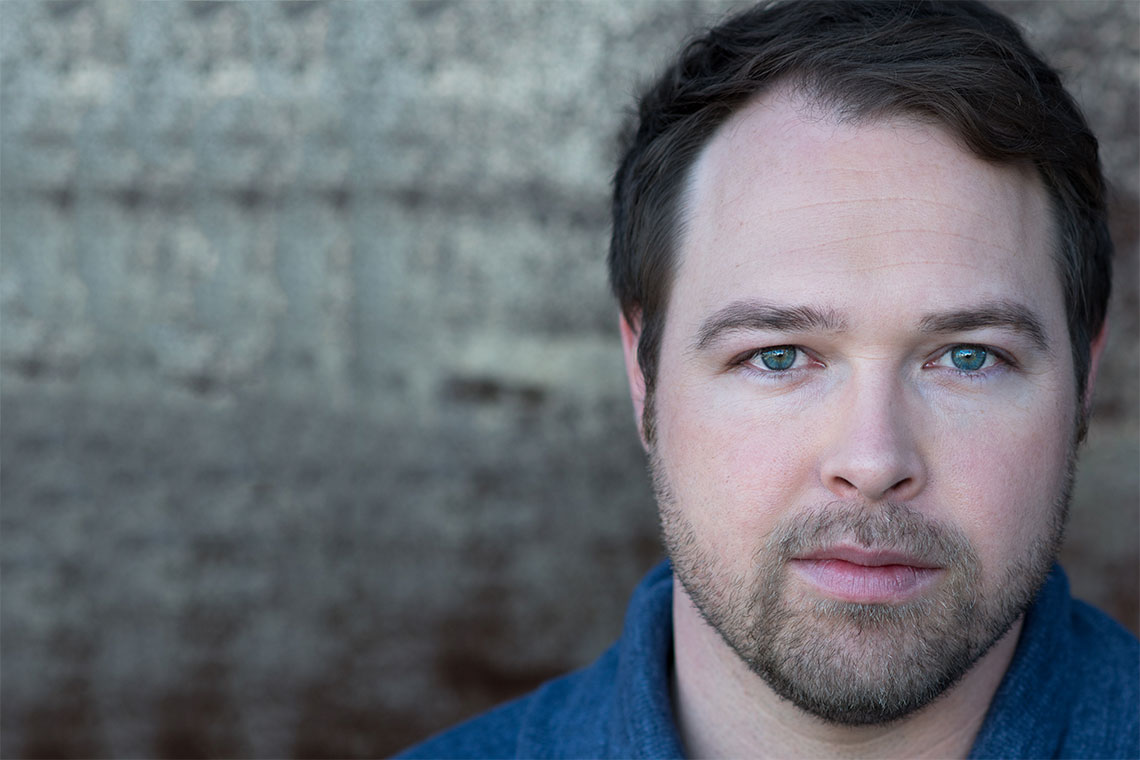 Alex Matthews is an actor and founding member of Encore fave The Satori Group. He also recently became a member of the Seagull Project where he was seen last year in their 2015 production of The Three Sisters at ACT.

Currently, he’s performing in his first play at the Seattle Rep, Luna Gale, which runs through March 27. After that, he’ll be in the Rep’s world premiere of Sherlock Holmes and the American Problem, opening April 22—and written by recent 5 Fri Q-er R. Hamilton Wright. Matthews joined me for this week’s edition of Five Friday Questions.

The real answer is probably watching Holly Holm fight Miesha Tate last week at UFC 196. I did a lot of organized combat as a kid and people don’t understand how smart those fighters have to be. It’s all about going in with meticulous preparation and then confronting surprises in the ring and having to problem-solve on your feet. It was such a brilliant fight.

Also, I have to say JULIA by Christiane Jatahy at On the Boards because it was a two-hander with actors who spoke Portuguese all while telling a gritty emotional drama that unfolded onstage as well as on screen as they were being filmed at close range by a cameraman. The acting was astonishing. Most people think that acting for a camera is different than acting for a live audience and that’s probably true, but these people did both simultaneously and made it look seamless… unbelievable.

AND, OH MAN! Also, there’s a performance series called Birthday Girl at Common AREA Maintenance in Belltown. It’s a group of eclectic performances meets gift exchange. The performers are so talented and pumped to be there. It’s always immediate and surprising. If you want a slap-in-the-face wakeup to save you from Netflix (the khaki pants of entertainment) then you gotta check this out.

It’s not in Seattle per se, but it’s nearby in Arlington. Every summer, star chef Tamara Murphy puts on an outdoor festival called Burning Beast. She brings together some of the best chefs in Seattle and gives them one whole, locally raised animal that they are then challenged to cook in a fire pit in the middle of the field. A lot of our food is too fussy, be it foodie food or specialty diet food or processed whatever food. There’s something so satisfying about humans gathered around meat and fire.

This is the question I started fearing the minute you told me I was going to do this. Because my embarrassing confession is that I’m just not that up on the music scene these days. It’s just not a major part of my life.

I will say this though: almost every morning I wake up with some song stuck in my head, weirdly. Then I grab my phone and make my girlfriend listen to it. It’s my own weird version of like waking up and telling someone about my dreams. But usually they are just pop songs from the 90s. Yesterday it was a song by the band Savage Garden that I’m certain no one in the world has listened to since 1997, so I don’t know where it came from.

Also, I guess when I’m sad I tend to listen to REALLY sappy, overwrought female singer-songwriters. You can probably guess what English sappy vocalist who just came out with a new album I’ve been listening to lately, but I don’t want to admit to it because it would destroy my reputation in the hip fringe performing arts world.

There are so many elements that need to be almost perfect to make a production work well, but everything starts with story. It’s the DNA around which every other choice is made from the writer finishing the script to the director, designers and actors. Starting with a good story allows you to move forward and try to make other good elements, but without it, you’re gonna have serious trouble.

Be prepared and try not to waste time. So much of collaborating on plays is about managing fear. Fear causes us to spend unnecessary time and energy on things that don’t lead to quality results. With so little time, even under the best of circumstances it takes a minor miracle to ever create something excellent, but you’ll give yourself the best chance if you’re prepared, focused, and hungry to work.

JJ Watt said, “Success isn’t owned; it’s leased and rent is due every day.” I certainly haven’t ever achieved his level of success, but I think the more experience I get as an actor, the more I understand what he’s trying to say.