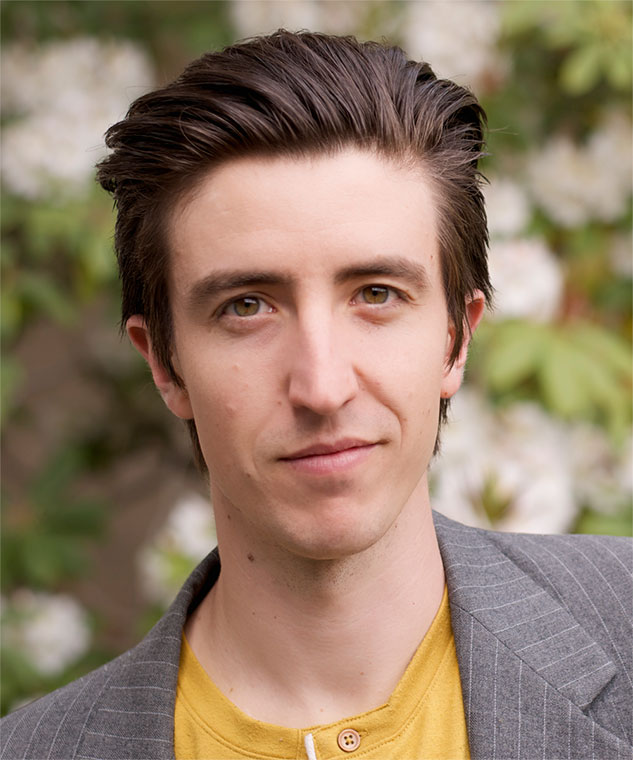 Adam Standley is an actor and founding member of new works ensemble (and Encore favorite) the Satori Group. He played Prior in last summer’s magnificent Angels in America at Intiman and Lyle Webb in this summer’s John Baxter is a Switch Hitter. He’s worked at Seattle Children’s Theatre, Seattle Shakes, Washington Ensemble Theatre and more.

Standley joined me amid this run of phantasmagoria for this week’s edition of Five Friday Questions.

Obafemi Martins of the Seattle Sounders has had some uncanny games this year, the Colorado Rapids game in particular. He’s like one of the best examples I can think of of that line between creative play and driving productivity. Although I will say Sebastian Giovinco has put up some goals at Toronto this year that I think redefined what “European talent in America” means in soccer.

I wept at Jordan Smith’s “Chandelier” blind audition on The Voice. And the ensemble vitality and ownership of the 70 people making American Idiot happen over at Artswest, that was so refreshing. I also love my Mr. Burns cast and think they are doing brilliant things. Not a plug, just respect.

Not a foodie. I eat to live, unfortunately. But I am surrounded by those who live to eat, so I get a killer meal every once in a while. Most cooked by my badass wife, Amanda. But if I was gonna be honest, the meal that hits that deep satisfaction every time, is the Pho Viet Ahn (lower Queen Anne) rare beef pho, add steamed vegetables and the spicy/tangy broth. Between that and my love of Little Uncle on Madison, I am beginning to think I lived a past life in Southeast Asia.

I do miss my Tex-mex food pretty often and so if I’m free and you’re free, we should definitely get lunch at Tacos Chukis on Broadway.

Music is so awesome. I think I listen to music slightly differently than others. I get into something. Lyle Lovett, Young Thug, Industrial Revelation, Taylor Swift maybe, James Blake, the Hamilton cast recording, whatever. And I feel like I reach for it no matter what “mood” or place I’m in or am trying to be in. I get a little obsessed, I want to share it, I want to listen to that album again on the way home that I listened to on the way to. I think it’s related to my being a gawker, I listen a little too long. And I think you could argue that I’m burning it out quicker, but I also think I’m letting it in a little more. Reiteration. I have also found that it makes coming back to an artist or song more awesome.

When I’m working or about to be, I most certainly listen to electronica. Kygo is great for me, his “Sexual Healing” is a good starter course. Other bubbles in the glass might be Snakeships’ “Days With You (Fwdslxsh Remix)” and Jamie XX’s “I Know There’s Gonna Be (Good Times),” obviously.

Sad music is… well. There’s so much. I think more people should listen to Holcombe Waller and Jason Isbell.

Ownership, I believe. It takes people who are willing to put themselves in danger of looking stupid. For a number of forms, theatre in particular, things are changing. Must and are changing. So there’s this great need for great ideas and vision, and this great requirement to faithfully commit to the news. Crazy and impassioned people have been doing it for years, it seems, charging in a direction with only enough light to see their next step. For a while I was interested in the idea of making sure artists and performers were people, citizens, neighbors. Now I realize how important it is to steward the maniac. The part of us that is willing to take ownership. Essentially the “truth” onstage that I think we look for sometimes has to come from the artists involved having bound themselves to the piece. We have to believe, I think. And for that to actually, actually be true, I need to not be selling you someone else’s idea or story. I need to give you mine.

I have had a lot of amazing teachers and “teachable moments” along the way here. I learned to be still and use the ground. I learned that you can probably survive anything that goes wrong onstage. I learned from the audience that they are listening if you speak to them. I learned from my company, the Satori Group, that you can love the people you make work with, but you have to double down on honesty. I learned from k. Jenny Jones that you have to learn what red is before you try to mix it with blue. I learned from John Nobbs that we are Westerners and that means we all, somewhere, want to rock. I learned, recently, that if we are doing it right, people can get hurt.

One of my favorite little lessons came when I told Emily Chisholm, who absolutely sets the bar for my generation of actors in this town (and keeps raising it), that I couldn’t really tell how the play I had just read could work.

She lit up and leaned in with a smirk, “Those plays, those are the ones that always do.”