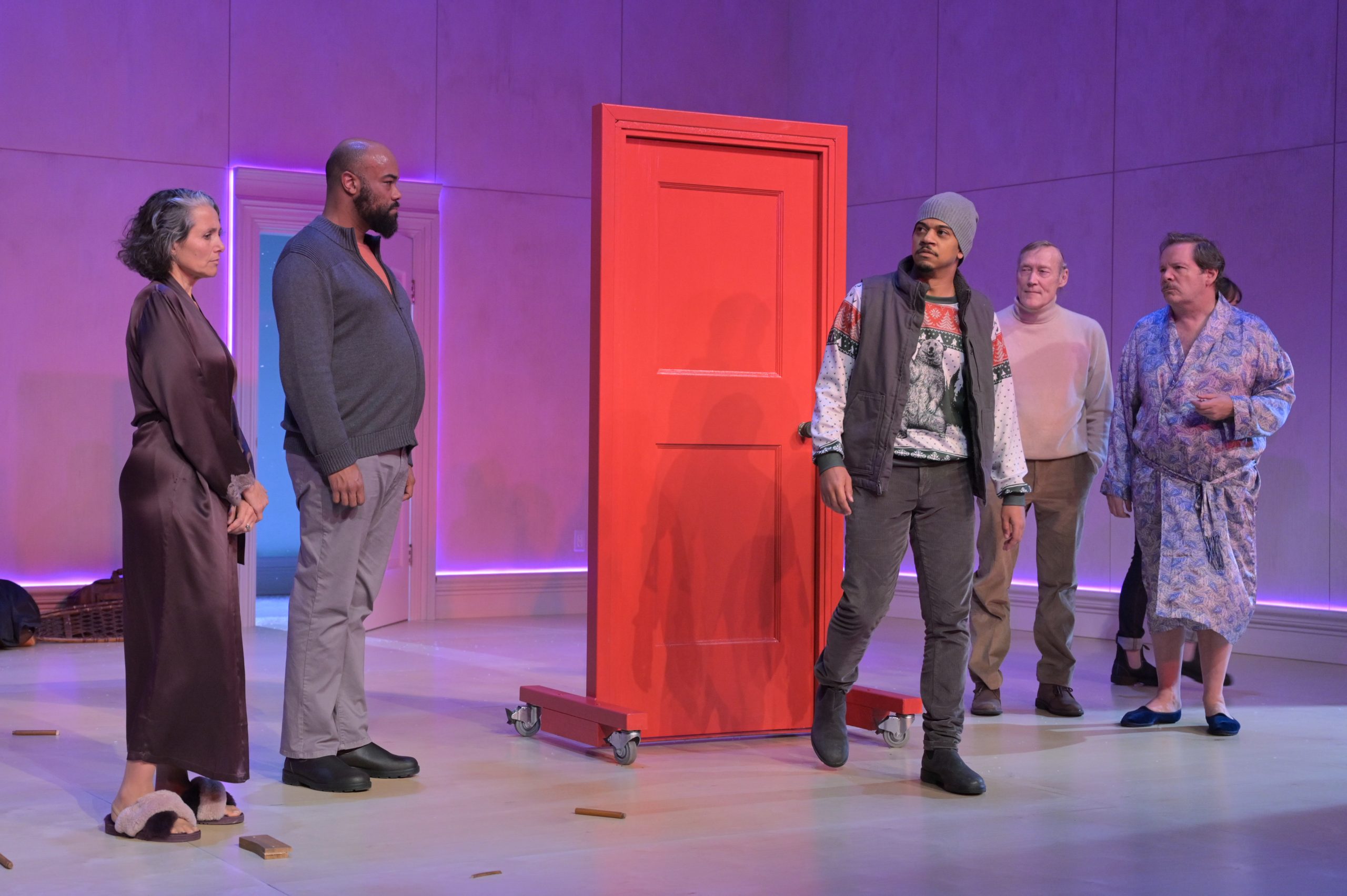 Cast of "Wintertime" at Berkeley Rep. Photo by Kevin Berne

Berkeley Repertory Theatre is a theater company that produces both new and classical work. One of the most acclaimed theaters in the country, Berkeley Rep has been performing for over five decades. They have created a niche with their unique brand of storytelling, combining a diverse repertoire of plays with an eye towards the social issues that are relevant today. After a year and a half of being closed due to the Covid-19 pandemic, the theater company has reopened its doors.

This season, Berkeley Rep is presenting Wintertime. Written by playwright Charles L. Mee, there is a reason it is the play to welcome audiences back. According to Berkeley Rep’s digital program, “… we did know we wanted something that demanded real time and real space—a play that celebrated the immediacy of the theater. Chuck Mee’s work was an obvious choice.”

Berkeley Rep’s production of Wintertime is showing until December 19, don’t miss it!

Berkeley Rep’s production of Wintertime is a play by Charles L. Mee. The play features a mix of Shakespearean language, pop culture references, and a mix of classical and popular music.

What are the show dates?

What are the showtimes for Wintertime at Berkeley Rep?

Tuesday, Thursday and Friday at 8 p.m., Wednesdays at 7 p.m.

Saturday and Sunday matinee performances at 2 p.m., and weekend evenings at 7 p.m. Mondays are dark.

Check the venue page for the Wintertime calendar of performances.

Where is Wintertime playing?

How long is Wintertime?

The running time is 2 hours and 25 minutes, including one intermission.

Where can I buy tickets for Berkeley Rep productions?

Tickets for Berkeley Rep productions are available online at BerkeleyRep.org or at the Berkeley Rep Box Office. We encourage you to buy online because there are no processing fees, and you can avoid waiting in line.

Where is the Berkeley Rep Box Office?

There are discounts for single tickets for people under 35 years old.  Groups of 10 or more are eligible for a discount. There is a special pricing for school groups.

What is Roda’s Theatre seating capacity?

The capacity of Roda Theatre is 600.

What to wear to Berkeley Rep?

Berkeley Rep has a dress code of “comfortable clothing.” We recommend dressing in layers. It can often be chilly in the theater.

Talented creative teams at Berkeley Rep have put together two playlists, available for you to listen on Spotify. The first playlist has music featured in the play and referenced in the script: “Nessun dorma!” from Turandot, “Il Franace” by Antonio Vivaldi, “Leave the Door Open” by Bruno Mars, “Vissi d’arte” by Puccini performed by Montserrat Caballé, La Bohème, Bellini’s “Norma” performed by Renée Flemming. Search for “WINTERTIME by berkeleyrep” on Spotify. The second is a collaborative playlist “When Love is Grand.” As Berkeley Rep says, “Anything you listen to when you’re feeling excellent about your love life.”

The company has been at the forefront of the American regional theater movement and has been a driving force of the world’s most significant new plays. It’s a place where new and established playwrights have a chance to have their work seen, and where the public has a chance to see some of the best theater in the Bay Area. Berkeley Repertory Theatre has been a cornerstone of the Bay Area’s arts community. Founded in 1968, Berkeley Rep has grown from a small force of a dozen artists to a company of internationally acclaimed artists and award-winning productions.

Plan Your Next Night Out

Encore Spotlight is a curated, interactive guide to the arts and culture happening in the Bay Area. We help you find the best events and the best times to go. You can search events by date or filter by genre, or venue. Concerts, theatre, opera, ballet, art, jazz, and more! With the Encore Spotlight Things to Do, you can find all the information you need to create your own unique arts and culture experience. Want to know what’s happening in the Bay Area? Head to Encore Spotlight!