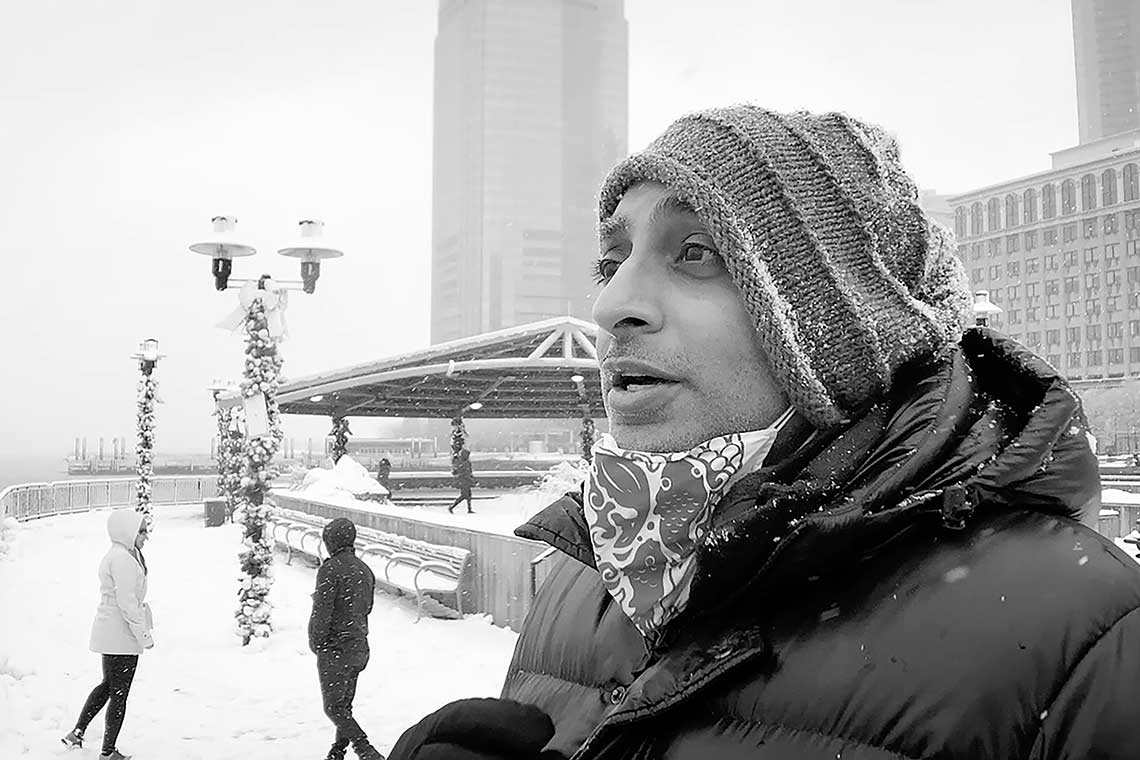 Berkeley Repertory Theatre’s Artistic Director Johanna Pfaelzer today announced an ambitious new work, The Waves in Quarantine, a project consisting of six short films that meditates on friendship, loss, and the making of art in this world-changing year, inspired by Virginia Woolf’s 1931 masterpiece. Produced by the Theatre and based on a musical adaptation of Woolf’s novel, The Waves, the film features a celebrated Broadway cast including Alice Ripley (Tony Award winner, Next to Normal) Raúl Esparza (Tony Award nominee, Company, and star of Law & Order: SVU), and Carmen Cusack (Tony Award nominee, Bright Star), directed by two-time Obie Award winner Lisa Peterson with award-winning cinematographer Zelmira Gainza (Luxor, The Outside Story) serving as director of photography.

The Waves in Quarantine will be available for free beginning, April 29 through May 28 and can be streamed on the Berkeley Rep website.

In kitchens and on couches, at beaches and on rooftops, The Waves in Quarantine invites an audience into the creative process. As Virginia Woolf ingeniously excavated the inner lives of six friends in her groundbreaking novel, Peterson and her collaborators create a film in six movements that meditates on themes from the musical adaptation of Virginia Woolf’s masterpiece The Waves.

“The musical adaptation of The Waves is a project that Lisa and Raúl and I have been in a long-term conversation about, since we did a developmental production of it at New York Stage and Film in 2018,” said Artistic Director Johanna Pfaelzer. “As the pandemic took hold, they began to imagine a way to make use of this time of isolation, shutdown, and longing—whose themes are so poignantly paralleled in Woolf’s novel itself. An extraordinary group of artists assembled around this effort, coming together remotely from far-flung locations, and this series of six short films is constructed to share their exploration of Woolf’s text (as reimagined by Lisa) and the gorgeous music composed by David Bucknam and Adam Gwon. Making films (and making them remotely!) is certainly new territory for Berkeley Rep, but this time has required that we all learn new ways of supporting artists, engaging with audiences, and sharing stories. I am incredibly proud of the form-breaking work that this team has created, and can’t wait to bring it to an audience.”

The Waves musical adaptation was originally produced by New York Theatre Workshop in 1991 and was nominated for a Drama Desk Award (Outstanding Music); it was recently revived and reworked at New York Stage and Film in 2018. This 2021 version, The Waves in Quarantine, was shot at home and outside by the six actors and a team of theatre professionals spanning the United States and Europe, working remotely using DSLR cameras and iPhones.

A virtual opening night is planned for April 29 at 6 p.m. and will include a screening of all six movements and a conversation with Lisa Peterson, Raúl Esparza and Adam Gwon. A second virtual event is scheduled for May 6 and will include a conversation with members of the cast. Both events will be moderated by Artistic Director Johanna Pfaelzer and Berkeley Rep’s Resident Dramaturg Madeleine Oldham live via Zoom.

RSVP for The Waves in Quarantine.