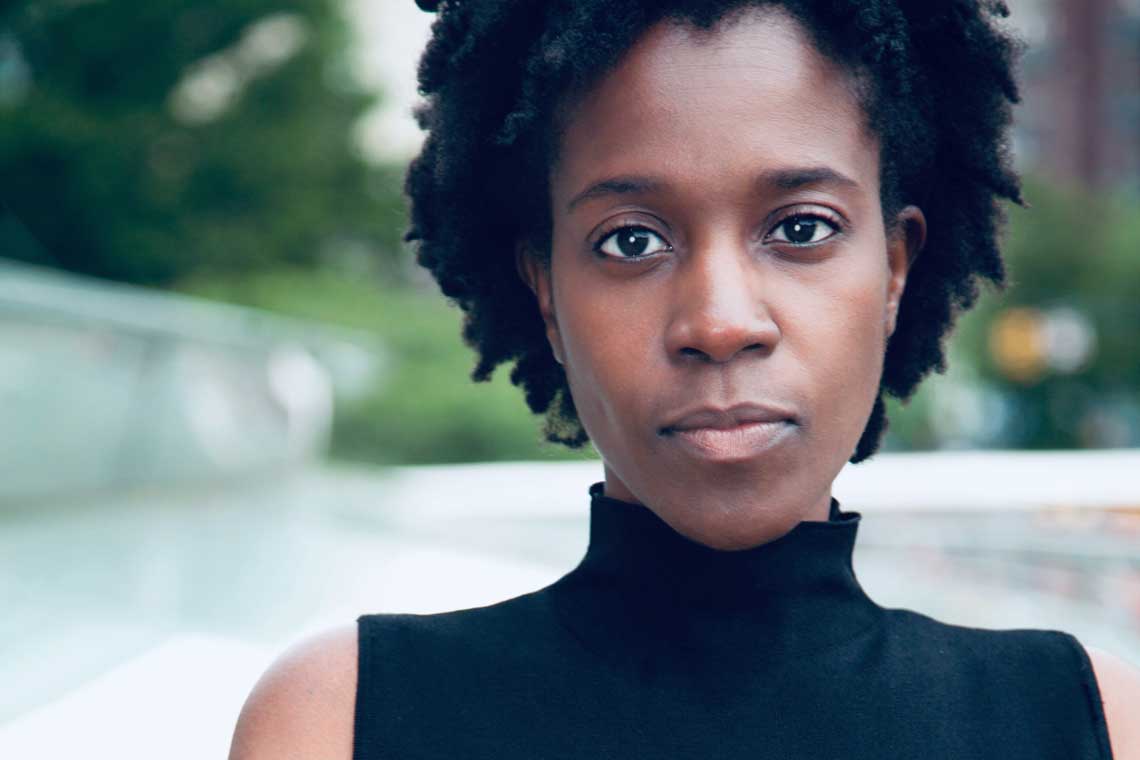 It’s hard not to think about The Plastics when you read the full title of Jocelyn Bioh’s bitingly funny School Girls; Or, The African Mean Girls Play. It sets the tone immediately, both a joke and a visceral reaction. So, when I called director Awoye Timpo, I was curious to get her take on the unusually familiar title.

“I haven’t seen that movie in a number of years,” Timpo said, “but it feels emblematic of high school in America in a really tragic and hilarious way. At the end of the day, that’s the beauty of School Girls as well. At this high school in the mountains of Ghana, these girls are finding their own place. It’s that very human desire to figure out where you fit and figure out what the hierarchy of the environment is.”

Before Timpo flew out to Berkeley to start rehearsals, we talked about pageants, standards of beauty, and why School Girls feels like an artistic family.

[Editor’s note: We are choosing to publish this Dialogue, even after the production’s run has been canceled due to COVID-19, because we would like to share the work and creativity that the artists, creative team and staff of Berkeley Repertory Theatre have put into this production. We’d also like to encourage readers to purchase a ticket to access a live performance of the show through the BroadwayHD streaming platform. Tickets must be purchased by March 20 at 5 p.m. Purchase tickets here.]

Danielle Mohlman: How did School Girls come into your life? What drew you to the play initially?

Awoye Timpo: I’ve known Jocelyn [Bioh] for a number of years and had been following the progress of another play she’s been writing called Nollywood Dreams. And I knew of Jocelyn because we’re both first-generation artists in New York—our parents are from Ghana—so we’ve always been kind of connected. So, my first connection with School Girls was the greatness of Jocelyn. It’s so rare to see someone who’s writing comedies for the theatre, but the fact that this is a play that takes place in the country where our parents are from—it’s just so exciting. It’s been amazing to follow the progress of the play over the years.

What are you most looking forward to about bringing this play to Berkeley Rep?

Jocelyn is an artist that Johanna [Pfaelzer] has been invested in for quite a bit of time. So it was really exciting that in her first season as artistic director, she put this play in there. Because the two of them have such a beautiful history together. And I also worked at New York Stage and Film on another play when Johanna was there. This is my first time working at Berkeley Rep, so it feels very new, but it also feels very familiar because we get to do it with artistic family, which is great.

And in terms of the play itself, the play is dealing with issues of identity, it’s dealing with issues of hierarchy. It’s dealing with issues of “Who is the person that we all want to be in the world?” And I feel like that’s a very pressing question for this moment, as we’re in the midst of a robust election season and really trying to figure out what’s the way forward, beyond the moment we can see. This play is set in a cafeteria in a high school, about young women who are trying to figure out “What’s my place in the world? Where do I fit? What’s my purpose here? How do I achieve all the things that I want to achieve? And what are the things standing in the way of my achievement?” It feels like a very pressing theme for our moment and time.

And I think the beauty of what Jocelyn has constructed is to take some quite large sociological issues and put them in a comedy. She’s also celebrating the life of these young women. She’s celebrating the joyousness and absurdities of our existence and the way we go about chasing the things that we desire. It’s so brilliantly constructed and so gorgeously takes the audience on a beautiful ride.

I’m so glad you mentioned the cafeteria because when I think about the movie Mean Girls, the first thing that comes to mind is the lunch tables. And all the categories.

Oh my gosh. Totally. It’s like a microcosm of a society, especially in a boarding school where people are with each other for really extended periods of time. There’s always gonna be the outgoing one, there’s always going to be the shy one. This play is also dealing with the standard of beauty and how young women are trying to define themselves according to what the standard is. The complexity of that is present here in America inside of our school systems, given the images that we all see on screen and what we imagine different standards of beauty to be.

This play takes place in the 1980s. If I think back to the representation, especially of Black women on screen and in magazines, it was quite limited outside of our own publications. The standard of beauty that has kind of infiltrated everybody’s mind since 1619 in America is very heavily weighted against us. And these young women on another continent, in another country have their own battles that echo that same conversation that we have here on a daily basis.

I think that there’s something interesting in learning about people and learning about the things that excite them—and then learning about how we learn and aspire to different things in the world. For me, growing up, my relationship with beauty pageants was kind of minimal. It was never something that I would aspire to, but I certainly think it’s a big image that young girls see in terms of what is the standard of beauty and what are the different ways that we are all represented by those people on that stage. My feelings haven’t changed, but I would love to revisit that question as we continue to get deeper into our rehearsal process.

Is there a particular moment or relationship you’re looking forward to exploring in rehearsal?

You know what’s so great? Jocelyn has crafted so many different kinds of characters in this play. I’m excited about how every single one of those relationships plays up against one another. There are at least five different relationships between just the girls themselves. And then there’s the relationship between the girls and the headmaster. There’s the relationship between the headmaster and the former student who’s running the pageant search this year. It almost feels [like] lines that connect constellations. I’m really excited about his community of women and the fact that there’s both a younger generation community and an older generation community. Looking at how all of these people influence each other in different moments, and how each person gets to grow and change over the course of the play. It’s just so exciting and fascinating.

School Girls; Or, The African Mean Girls Playwas scheduled to run March 19 to May 3 at Berkeley Repertory Theatre before being canceled due to COVID-19 restrictions. Tickets are available online to stream a recording of the live performance. Purchase by March 20 at 5 p.m.