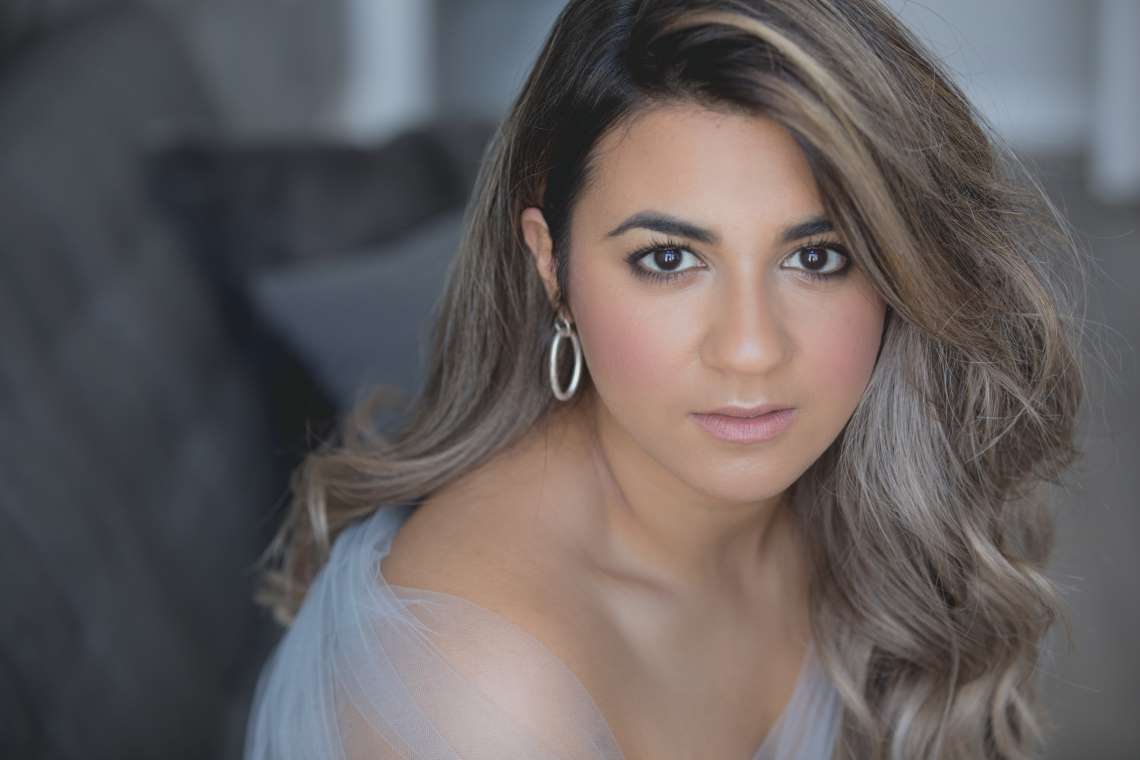 When Amina Edris takes the stage as Juliet in Charles Gounod’s Romeo and Juliet, she’ll be returning to a city that she loves and a familiar, welcoming stage. Edris, who was born in Egypt and raised in New Zealand, earned her post-graduate degree from the San Francisco Conservatory of Music before receiving a two-year fellowship appointment at the San Francisco Opera. “I’m so happy to be back because it does feel like my artistic home,” Edris said. “It was almost as if I grew up there, you know what I mean?”

Edris is covering the role of Juliet for fellow opera singer Nadine Sierra, singing the role at the final performance on October 1. She was kind enough to speak with me the day before Romeo and Juliet rehearsals began, sharing her thoughts on the character Juliet, why San Francisco feels like home and what she’s looking forward to about that October 1 performance.

Danielle Mohlman: What drew you to the role of Juliet? What is it about this role that excites or challenges you?

Amina Edris: I think a lot of people of my age group—or even younger—are familiar with the story of Romeo and Juliet. They’ve seen movie versions of it or they’ve seen a theatre version. And it’s just relatable. It’s just a grand love story. And for me, I have a particular close affinity with French music. As a French speaker, I’ve always been drawn to the French repertoire. So Juliet for me was just a natural progression really. And I love the idea of being able to play a young woman. She’s young, she’s in love. And you sort of get to see her journey. She falls in love very quickly and then, you know, they go through a series of obstacles. And of course, her death at the end. You’ve got to like a little bit of drama on stage.

It’s always interesting to play those kinds of roles that have a big arc. A lot of the time I get to play roles like the maid or the ingenue, you know? And there’s not much happening in the progression of the character. Whereas for Juliet specifically, she goes through quite a lot. She has a big journey. And of course it ends with, you know, with their death scene. But it provides a good platform. It provides a good dramatic platform for the singer that is playing that role.

And do you feel like that is pretty specific to roles written for women? In terms of characters not receiving a full arc, I mean. Or is that pretty evenly distributed across male and female roles in opera?

That’s a very good question. I don’t know! Obviously it depends on what your voice type is. Earlier on, I started singing a lot of soubrette roles*. I’m not a soubrette. Roles like Susanna in The Marriage of Figaro—roles where there’s a lot happening in the story of the opera, but there isn’t necessarily a lot happening in terms of the character arc for the character herself. And I feel like that sort of replicates in many other roles—like Susanna [in The Marriage of Figaro], Zerlina [in Don Giovanni], Despina [in Così fan tutte], Norina [in Don Pasquale]. Do you know what I mean? They all have a similar poof. Whereas, Juliet has a big journey. Which is really fun to play and explore.

Your job takes you all over the world. What makes San Francisco special?

I don’t know if this is going to be really corny, but I think it’s the people and the friendships that I’ve made here. I did a postgraduate diploma at the San Francisco Conservatory of Music before getting into the Adler program at the San Francisco Opera. And I ended up spending a much longer time period in San Francisco than I initially thought I would. Because when I first moved here I thought, “Oh I’m just studying for a year and then I’m going elsewhere—wherever the world takes me.” And when you get to spend that much time in one place, I tend to get attached to the people and the friendships more than the place.

Yeah. And when you spend that much time somewhere, especially early in your career, the city starts to live in your body.

Exactly. And it just kind of feels like home, in a way.

I saw that you’ll be performing opposite your husband Pene Pati on the October 1 performance of Romeo and Juliet. It’s a ways off, but what do you anticipate that experience will be like?

My husband and I were in the young artist program together at the San Francisco Opera—and we were Adler fellows together as well. And then last year we got to do our first proper opera together: The Elixir of Love. We got to play each other’s love interest and that was a lot of fun—being able to sort of feed off each other’s energies onstage. He was my love interest in the show and I was his love interest in the show. And we had duets together and all sorts of scenes together. But it was a comedy opera. And this time, with Romeo and Juliet, it’s a full-blown romantic opera in itself. So it’s a different tone.

I’m glad that it’s a fun experience for the two of you to perform together.

*A soubrette is a soprano who sings supporting roles in comic opera; generally a coquettish maid or frivolous young woman in comedies.

Romeo and Juliet runs September 6 to October 1 at the San Francisco Opera. On October 1, Amina Edris will perform the title role. Tickets are available online.

Danielle Mohlman is a Seattle-based playwright and arts journalist. She’s a frequent contributor to Encore, where she’s written about everything from the intersection of sports and theatre to the landscape of sensory-friendly performances. Danielle’s work can also be found in American Theatre, The Dramatist and on the Quirk.