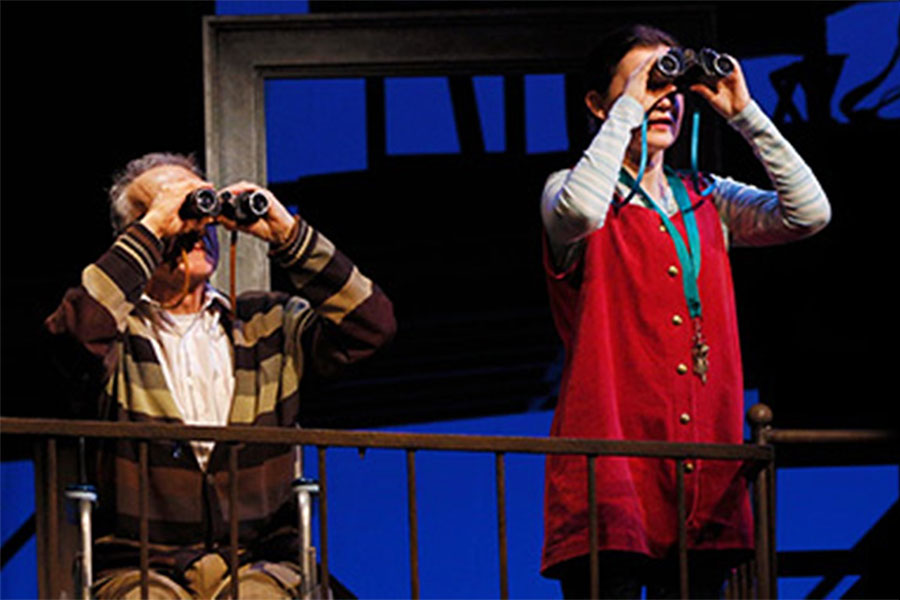 Seattle Children’s Theatre’s new production of Brooklyn Bridge is the story of a a latchkey kid who has to make her way in the world while her mother works late. Her mother has given her an ironclad order: “Do not talk to strangers.” But when does a stranger become not a stranger? And when do the people who live in your building become a community? The play, a co-production with The University of Washington School of Drama, was written by Melissa James Gibson, who has also written episodes of House of Cards and The Americans. It runs through March 20.

My daughter, a 12-year-old, drew this picture and wrote this poem after seeing the show:

The warm feeling soared up the roots into the leaves,
and left a red blossom pumping fiercely,
like it never had before.
It wasn’t love.
No, this was different.
It was something she hadn’t found
in the blossoming tree for awhile now.
It made her smile, but
she was not familiar with the strange plant.
The blossom had put one spark of color
in the dark, scraggly old tree,
but it filled the space with light,
and beauty, even though it was
so little—the red flower.
It had locked out loneliness.