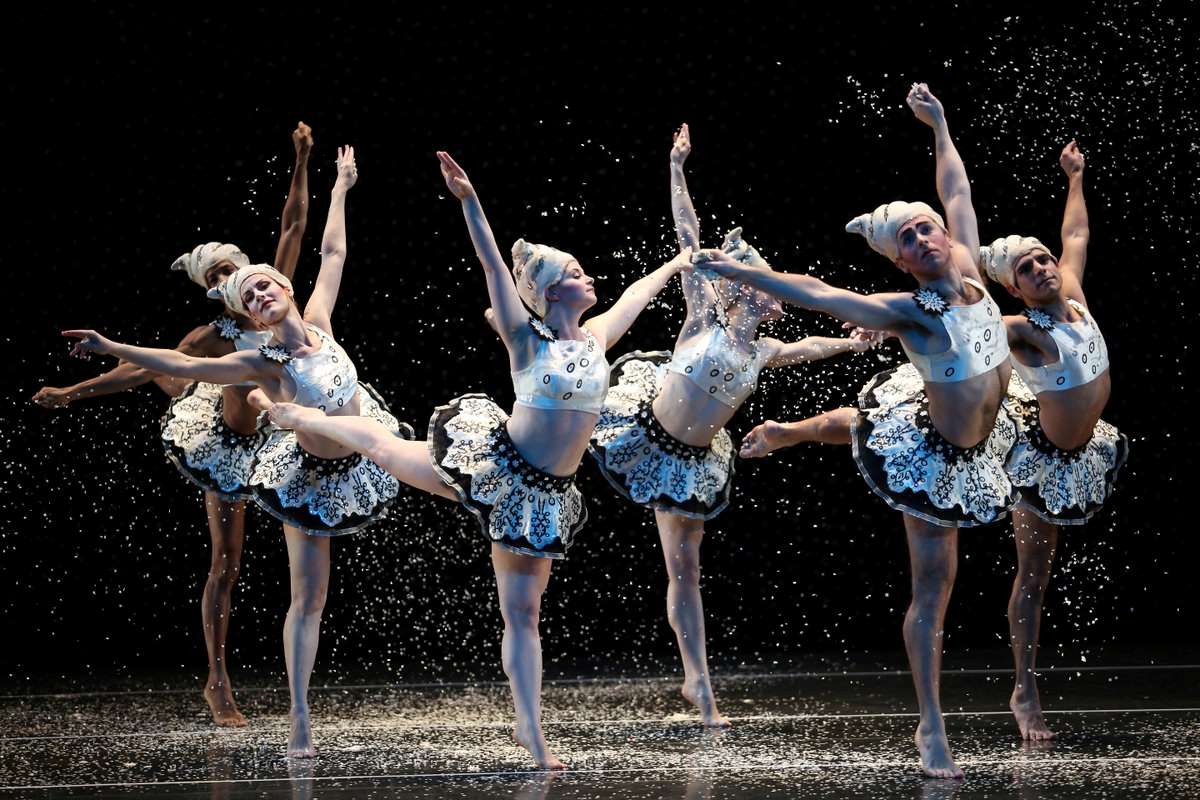 The Snowflakes in 'The Hard Nut.' Photo courtesy of Mark Morris Dance Group

Halloween is over, Daylight Saving Time has ended, and arts organizations all around the Greater Seattle Area are gearing up for their holiday shows. And just like squirrels preparing for winter hibernation, its time to pick the nut that’s right for you.

When a person is picking out a holiday-centered performance to attend—especially if that person is a resident of Seattle—The Nutcracker is usually one of the most obvious choices. But with multiple renditions of The Nutcracker available to audiences this year, choosing which one to attend may seem overwhelming. To help find the best adaptation for you, we’ve explored three different versions of the beloved tale of the Mouse King and the Nutcracker—The Hip Hop Nutcracker, George Balanchine’s The Nutcracker® and The Hard Nut.

A holiday mash-up for the whole family, The Hip Hop Nutcracker is back and better than ever. Directed and choreographed by Jennifer Weber, The Hip Hop Nutcracker is a contemporary dance spectacle set to Tchaikovsky’s timeless music. A unique and joyful event, this evening-length production is performed by a supercharged cast of a dozen all-star dancers, a DJ, a violinist and MC Kurtis Blow, one of hip hop’s founding fathers, who opens the show with a short set.

Through this re-mixed and re-imagined version of the classic, the dynamic performers of The Hip Hop Nutcracker take us on a journey that celebrates love, community and the magic of the holiday season.

This one is for you if…

…you love Tchaikovsky’s score, but wouldn’t mind having a few new remixes and beats mixed in to change things up.

…you want to experience a refreshed storyline with updated dance (all manner of hip hop), settings (New York City), and costumes (contemporary clothes), but with the fantastic music and cheerful holiday feeling you know and love.

This one is for you if….

…you haven’t seen the George Balanchine ballet yet. The iconic Balanchine production replaced the long-running Stowell and Sendak version in 2015 and has been captivating audiences in Seattle each year since.

…you want something good for children or even just for the child in yourself. Opening weekend even includes crafts and dance classes for the little ones.

Celebrating its 28th anniversary, The Hard Nut is a cascade of wit and wintry beauty. It’s a lavish, gender-bent love letter to the classic The Nutcracker. Based on E.T.A. Hoffman’s The Nutcracker and the Mouse King, Mark Morris’ version takes it from the straight-laced 1890s to the swinging 1970s, with raucous parties, dancing G.I. Joes, whimsical costumes, and a “Waltz of the Snowflakes” like no other. Based on the comic book art of Charles Burns and featuring Tchaikovsky’s complete original score, performed by a live orchestra conducted by Colin Fowler, Morris’ lyrical, modern retelling playfully preserves the warm spirit of an essential holiday tradition.

This one is for you if…

…you’re looking for something a bit irreverent, quirky, bold and a little darker than other Nutcracker interpretations.

…you like modern dance but want to keep the traditional Tchaikovsky score, played by a live orchestra of the MMDG Music Ensemble.

December 6–15 at The Paramount Theatre