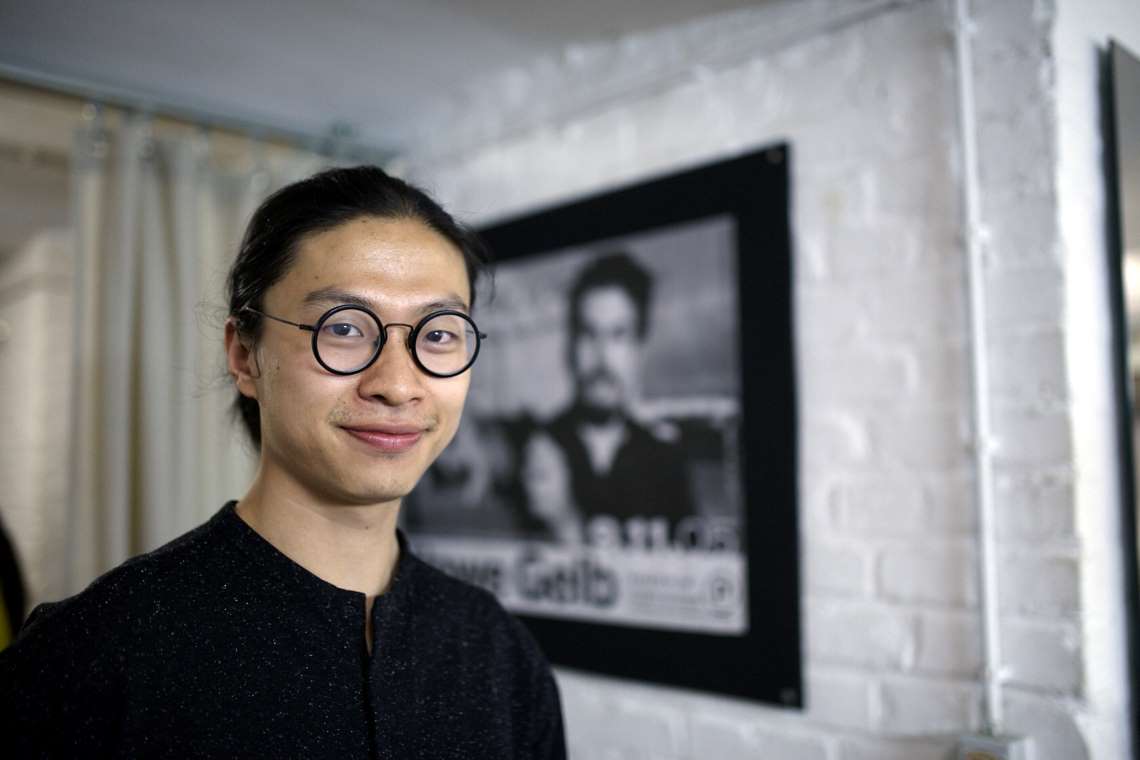 When Yang Zhen and I spoke on the phone in early October, Yang was quite literally burning the midnight oil. The choreographer was at home in Beijing, winding down after a late-night rehearsal for his latest evening-length piece, Minorities.

While Yang’s day was coming to an end, mine was just beginning. As we navigated time zones and language barriers, I asked Yang my most burning question: The marketing materials that Stanford Live put out call him a “boy wonder.” I wanted to know what that phrase meant to him.

“I don’t know why they’re calling me this,” he laughed. “Maybe I’m a genius for creation.” Despite his humble approach to his work, Yang is gearing up for an exciting step in Minorities’ journey: a North American tour spanning Toronto, Canada and Stanford, California. Over the course of our conversation, Yang spoke about why he, as part of the ethnic majority in China, felt so compelled to create a piece for and about minority identity.

Danielle Mohlman: So much of Minorities is about identity. What was your initial inspiration for the piece?

Yang Zhen: My university was the center of diversity in Beijing. There are a lot of different ethnic minorities in China―and many come to Minzu University to study. I had four years at that university and made a lot of friends who educated me on the tradition of minority dance. Because at my university, we learned the “official” dances of all these minority cultures and my friends would say, “Oh no. It’s very different from what you learned.”

When they came to Beijing, my friends had to change their lives and the way they behave. It’s very difficult and very sensitive. There are different ideas and different ways of talking―and it brought some contrast to my world.

From different cultural perspectives in China?

Yes. And then I went to Xinjiang, a province in western China, just to tour it. And I found that that city is not very different from my own home in Beijing. And then I went to Mongolia, I went to the Hunan Province. But my inspiration really started with those four years in university―from my friends. It made me want to talk about these themes.

This performance at Stanford is the first time Minorities has been seen in the United States. What does it mean to be sharing your work―and this work in particular―with an American audience?

The identity I speak from―the Chinese society―has issues and problems that are very international. I think everywhere has identity problems. And I think America has their own identity problem. People from all over come to America. I’ve been to New York and it’s an amazing city. There’s freedom in the society. But it’s a very sensitive issue. I really like to take the subway to go everywhere. It’s very personal. I like to watch how people behave, and the details that they show in a public place.

With Minorities, I’m able to share the Chinese minorities with an American audience. Their lives, their hopes, their disappointments. The way they occupy this new generation. I think this is very, very universal.

The majority of your audience in California will be English-speaking. How does dance and your work transcend language?

Well first, we have body language.

Minorities will of course have traditional dance from Chinese Koreans, Inner Mongolia, Tibet, Xinjiang Province and Macao. And you’ll see how the dance technique of these traditional dances interacts with the technique of acting and theatre. And the music is also very important. We have one section where the music is from the 1960s. And that dance style is very straight. Everyone has these set smiles―like robots. The dancing from that time was the national machine. Everyone had to be the same. It was totalitarian; that was the aesthetic. And then we go back to the traditional and soft dance. It’s like we are back in our university learning modern dance. Every look, ever contour is very, very soft.

To go from that stiff totalitarian style to that soft flowing look―I bet that’s really beautiful to see.

Yeah, yeah, yeah. Everything has to be beautiful. And after 2008, after China hosted the Olympics, everyone really started to learn English. Everybody wanted to be international. So there’s this dance in Minorities that’s very much like a playground dance.

It’s very fun. And you can see the whole identity of China covering the country.

Before I let you go, what are you most looking forward to about coming to California?

Oh, everyone in my group is so excited for this work to be in North America. We’re excited about the audience. We’re curious about how they think about China. The piece is more asking than answering, you know what I mean?

It comes with questions.

Yeah, yeah. Because we’re never really confused about who we are. But some days you wake up and you ask “Who am I?”