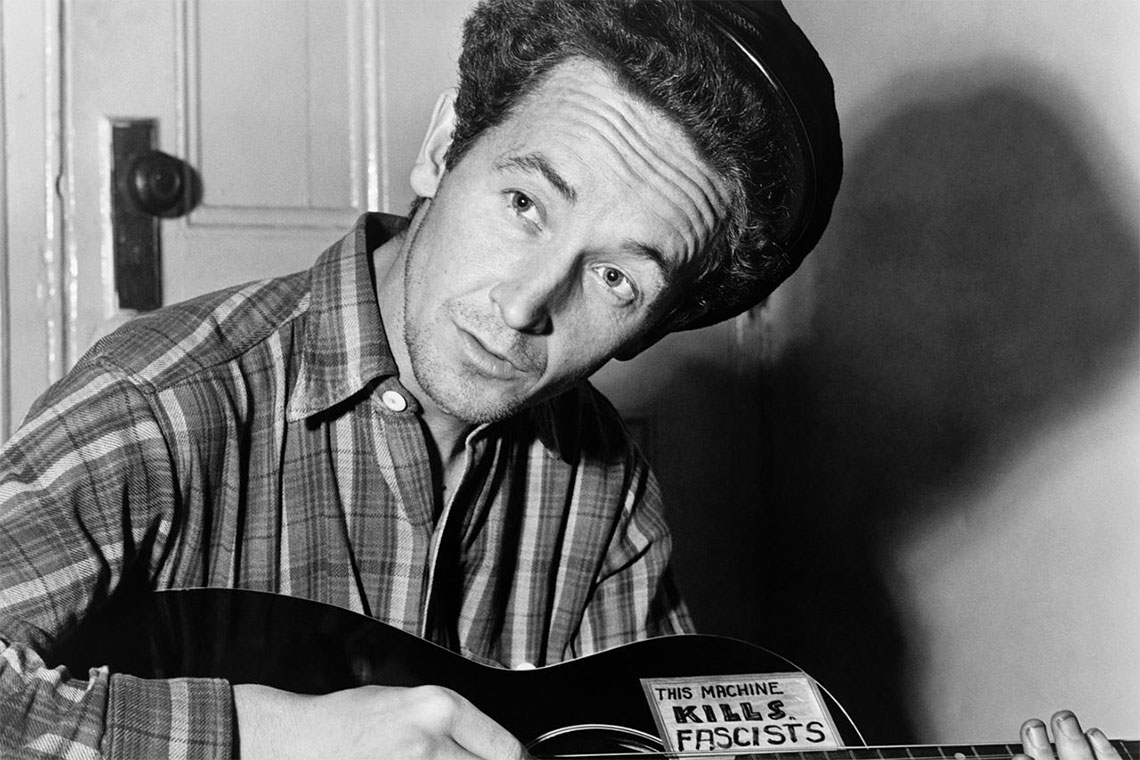 The legendary Woody Guthrie (1912–1967) was a folk singing hero who defined an American era of social consciousness and political expression. The Seattle Rep is presenting Woody Sez, with David Lutken in the title role, highlighting Guthrie’s life and legacy as the “Dust Bowl Troubador.”

With many of his songs archived at the Library of Congress, there are many musicians who have been influenced by his work, including Bob Dylan, Johnny Cash, Bruce Springsteen, Pete Seeger, Jeff Tweedy and Billy Bragg, amongst many others.

Here are some clips of and/or about Guthrie, including, arguably, his most famous song:

Here’s audio of him playing with the famed blues musician Lead Belly:

Finally, a BBC documentary about Guthrie: