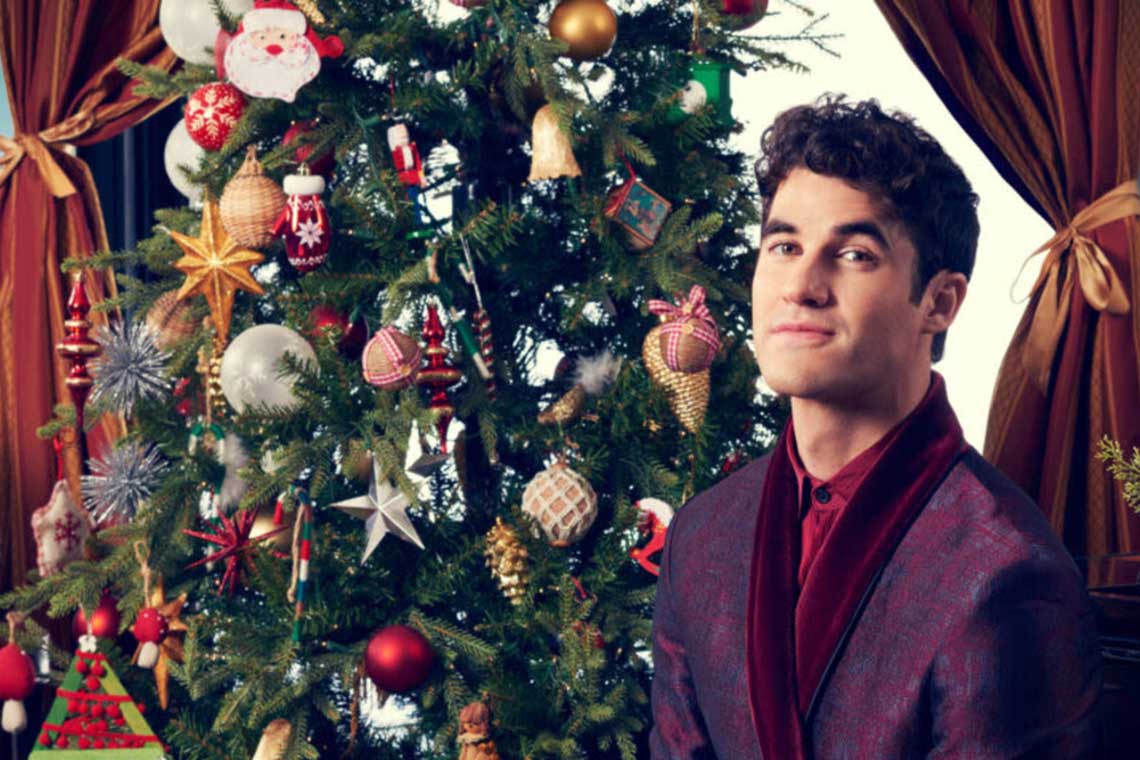 There’s something in the air in San Francisco that just makes you feel inspired. Maybe it’s the ocean breeze that stirs creativity, or the stunning views of Golden Gate Bridge and Bay Bridge that inspire you to dream big. From world-renowned artists and musicians, to startup entrepreneurs and tech innovators, it’s no mystery as to why San Francisco is one of the most creative cities in America.

The city of San Francisco has always been a hotspot for artists and innovators, and still attracts creatives from all over the world. With a vibrant arts and cultural scene, San Francisco offers a wide range of performing arts, festivals, museums, galleries, and more. From the street art to the classical symphony, from the funky, fast-paced city to the tranquil, foggy bay, San Francisco has its own style, charm, and unique personality.

Artists from around the world come to showcase their arts exhibitions. San Francisco is home to many art galleries displaying the very best art from all over the world. Come visit one of these galleries today and enjoy the ambiance of the art world.

December is a month of celebration and reflection. During this festive time San Francisco is a beautiful place with so much going on! Check out our calendar of events in San Francisco and surrounding areas to catch the best of the last month of 2021.

The Magic of Ballet

Experience the elegance of ballet at War Memorial Opera House in the heart of San Francisco. Marvel at the grandeur of the ornate theatre, and be swept away by classical and modern ballet and the music of some of the world’s greatest composers. This season, War Memorial Opera House is proud to present an exciting lineup of performances, including The Nutcracker with San Francisco Ballet.

War Memorial Opera House is one of the oldest opera houses in the United States. The venue is famous for its acoustics, which are considered to be among the finest in the world. It has welcomed many of the world’s best artists.

The city’s classical music scene is alive with talented performers who put their heart and soul into every note. Whether you’re a longtime fan or just discovering classical music for the first time, these acts will sweep you away with their powerful performances.

The Nutcracker & The Mouse King at Davies Symphony Hall

Classical music has the ability to evoke powerful feelings. Whether you’re experiencing a stirring symphony orchestra or listening to a passionate soloist, the music can take you on an emotional journey.

Davies Symphony Hall in San Francisco is a world-class concert hall, providing an intimate and elegant setting for performances of classical music. The hall is home to San Francisco Symphony and San Francisco Chamber Orchestra. The venue has 2,743 seats.

In San Francisco, you can hear everything from traditional orchestral pieces to contemporary works that experiment with new sounds and styles. Concerts in San Francisco are a real treat, since many of the world’s best orchestras and soloists perform here.

Choose your favorite band from a list of artists who perform in December.

Black Pumas at the The Masonic
CHVRCHES at Bill Graham Civic Auditorium
Louis Cole Big Band at The Independent
Moontower: What Day Is It? Live One Night Only In San Francisco at Brick & Mortar Music Hall
Noah Kahan: I Was / I Am Tour at The Fillmore
The Klezmatics at SFJAZZ Center
White Reaper, Taipei Houston at August Hall

Soundbox: Embarkation at Davies Symphony Hall
…And Tributes For All ! …..A Celebration of Metallica with Damage Inc. + Motor Breath + Sandman at Bimbo’s 365 Club
Allman Family Revival at The Fillmore
Benny Sings at The Independent
Boombox Cartel at Bill Graham Civic Auditorium
Thievery Corporation: The Outernational Tour at The Masonic

Giveon at The Regency Ballroom
Scarypoolparty at The Independent

When the sun dips, the nightlife begins. Here are just a few of the amazing live music venues in San Francisco.

August Hall is located in the heart of the city, right next to the iconic Golden Gate Bridge. Hosting over 100 concerts per year, this venue is the perfect location for live performances. The space is a lively social hub with a relaxed ambience, where people from all walks of life come together.

The Bill Graham Civic Auditorium is a multi-purpose venue in San Francisco. The venue has a seating capacity of 8,500 and is home to a variety of events including concerts, lectures, and other public events.

Brick & Mortar Music Hall is a historic music venue and event space on Mission Street. It offers a wide variety of shows, from indie and alternative to pop and rock.

Great American Music Hall is a historic concert venue that has been in operation since 1907. It features a beautiful interior and exterior, and has a variety of events for all types of people. With a capacity of about 470 people, this venue is a great place to see a show, whether you are a seasoned concert goer or a newbie.

SFJAZZ Center is a performance hall and music education facility in the Hayes Valley neighborhood in San Francisco. The Center is home to SFJAZZ Collective, a group of musicians who compose and perform jazz in various formations.

The Fillmore is a world-class concert venue and event space in San Francisco. The live music venue has been a Bay Area hot spot for more than half a century, welcoming the greatest of the greats: John Lennon, The Rolling Stones, and Miles Davis. The Fillmore is an iconic symbol of 1960s rock music, with its mural-covered walls, bright lights, and distinctive marquee.

The Masonic in San Francisco is a venue that was built in 1958. Located in Nob Hill, the venue is popular for weddings, receptions, and other celebrations. The Masonic is a testament to the craftsmanship and richness of architectural and cultural design in San Francisco.

The Regency Ballroom is the premier historical event space in San Francisco. Built in 1909 as a masonic lodge, this two-story ballroom was once the site of many debutante balls, weddings, and society parties. Today, the venue hosts many of the area’s most renowned parties and concerts.

Rickshaw Stop is the go-to spot for year-round good times. With a huge bar, fantastic food, and plenty of games, there’s something for everyone. And the music is always on point with DJs dropping the hottest tracks. From dancing to sipping to mingling, Rickshaw Stop has everything you need to turn your night into an unforgettable one.

The Sydney Goldstein Theater is a performing arts center. Located at 275 Hayes Street in the Hayes Valley neighborhood, it is one of the most highly respected and renowned theaters in all of San Francisco. This theater has been around for many years and has provided a place for both up-and-coming and experienced artists to perform. The Sydney Goldstein Theater is also home to a variety of different performances, including theater, dance, and music.

An Exciting World of Contemporary Circus

If you want to add some excitement to your night, come and see the contemporary circus at Club Fugazi. A form of performance art, it combines gymnastics, acrobatics, and dance. Have a night out like never before.

Jazz and Blues in San Francisco

The city has a rich history of both genres, and some of the world’s best musicians have called it home. The city’s jazz scene is thriving, and you can find everything from traditional jazz clubs to experimental improv venues. Some of the most popular spots include the legendary SFJAZZ Center and The Independent. Learn about upcoming concerts as well as venues and clubs where you can enjoy jazz and blues music in San Francisco in December 2021.

The Independent is a well-known San Francisco nightclub that features live jazz and blues music. It’s a great place to catch some of the best performers in the business. The club has a casual atmosphere and a friendly staff. Whether you are a seasoned Jazz or Blues aficionado, or just getting started, you will get a perfect show at The Independent.

San Francisco is a Haven for Art Lovers

Looking for a cultural experience? Art galleries abound in this city, displaying everything from traditional paintings and sculptures to cutting-edge multimedia installations. You can explore the work of local artists, or catch a show by an internationally renowned figure. Whatever your interests, there’s sure to be an art gallery to enjoy.

The city’s history and geography are a big part of what makes its arts scene so special. San Francisco has a lot to offer, including world-class institutions such as Palace of Fine Arts, the Asian Art Museum,the Museum of Modern Art, or Museum of the African Diaspora. The city is filled with an abundance of art and culture for all ages. Many of the galleries are clustered in the SoMa and North Beach neighborhoods, but they can be found all over the city. Discover what’s up at the art galleries in San Francisco in December and enjoy a diverse and ever-changing array of artworks..

The Palace of Fine Arts was built in 1915 for the Panama-Pacific International Exposition and was made to showcase art from around the world. Today, the site is a National Historic Landmark and a San Francisco City Landmark, and features a sculpture garden that is free and open to the public. It was home to the Exploratorium, a museum dedicated to science and art, and is a leading tourist attraction in the city.

If you’re looking for a show that will get you into the holiday spirit, San Francisco is the place to be. This December, the city is hosting a variety of events that are sure to get you in the mood for a celebration.

You can expect to see a wide variety of performances, from traditional Christmas carols to modern renditions of holiday classics. Whether you’re looking for a family-friendly event or a night out on the town, San Francisco has something for everyone. Venues in the city are expected to offer top-notch production values and to treat both the artists and the audiences with the utmost respect.

Bimbo’s 365 Club is a historic club in San Francisco’s Tenderloin District. The club is known for its live music, drag shows, and unique art.

Warfield is an intimate venue for live entertainment located in the heart of the Fillmore district in San Francisco. Originally opened in 1922, the 2,300-seat venue has continued to host concerts, plays, and other events.

From Broadway shows to small, independent productions, there is always something new to see on stage.

Orpheum Theatre San Francisco is one of the best live theater venues in the Bay Area. Built in 1926, Orpheum Theatre has served as a venue for jazz performances, rock concerts, opera, ballet, stand-up comedy, and more. The building’s history is fascinating, from being a site for vaudeville performances and a cinema in the 1930s to a concert hall in the 1970s, and a movie theatre in the 1980s.

Have a Blast With Family and Friends