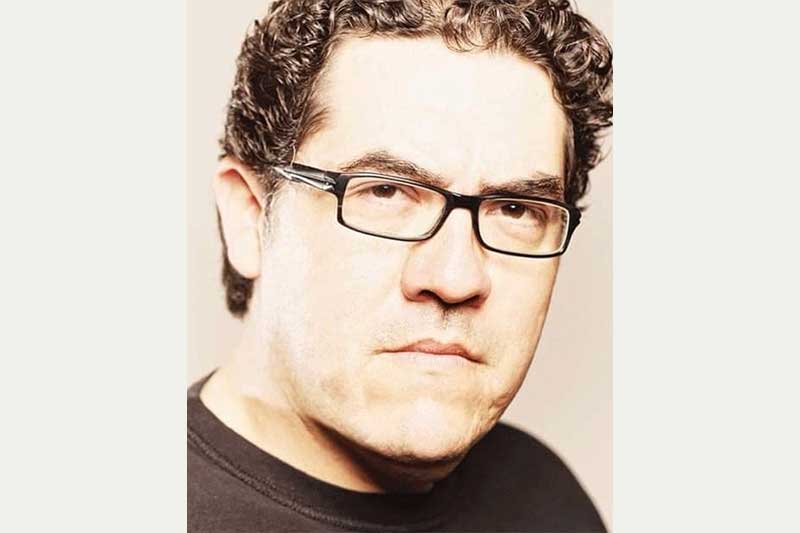 Matt Kizer was just a normal kid growing up in Carson City, Nevada. It was the 1980s and he was a high schooler with an interest in the arts. His school had a good music program. He participated in it as much as he could. He joined the school choir. He was good at it. The choir was good, too. The choir traveled overseas. They got to tour Europe on several occasions. “No one really seemed interested in my heritage,” Kizer said of those teenage years in Nevada. “But, in Europe, I found that people were quite interested in my background. It felt great.” Kizer is a member of the Washoe Tribe. “That was a transformational experience for me.”

Kizer is now 50 years old and living in the San Francisco Bay Area. He’s also the artistic director at Native Writers’ Theater (NWT), a new 501(c)3 nonprofit under the umbrella of PlayGround, a playwright incubator. “After many years as a performer, working as an actor, dancer, and singer in multiple genres, I decided I wanted to focus specifically on stories, songs, myths, and legends from my tribe, as well as relate my own personal experiences.” Kizer wants that for himself. He wants that for others, too. That’s why he started the Native Writers’ Theater. It debuted last November as part of PlayGround’s third annual Innovators Showcase. “An Evening of New Native Plays” included one of Kizer’s own works, Starlings. The play centered on an Urban Indian having a crisis after hours at a museum. The evening also included works done by Beth Piatote (Nez Perce), Shannon R. Davis (Sami, Potawatomi, Ojibwe), Steven Flores (Comanche, Azteca, Mexica), and others. As Kizer said, “Seen many Native American plays lately? Neither have we. But we know that can change.”

And things are changing thanks, in part, to Kizer. Voices of Indigenous creatives are now being heard and amplified. Kizer has taken note of a plethora of playwrights making those voices heard including Linda Amayo-Hassan (Spirit Lake Dakota, Chicana), Ishmael Angaluuk Hope (Iñupiaq, Tlingit), and Moses Goods (Native Hawaiian), among many others. “A highlight of starting this,” Kizer said, “is making connections with other Native artists. I look forward to future collaborations.”

Native American isn’t monolithic. It’s as varied as America’s landscapes. Everyone’s story is different. There is not one “Indian Story.” Native life isn’t something of the past, a relic; something near forgotten; or found in a museum. “I want to continue to educate the world about who each of us are,” Kizer said. “That we’re still here and we have something to say about ourselves.”

Kizer has been performing in predominantly white institutions his entire life. In high school choir, he did. In the world of classical music that he found himself in. At the University of Nevada, Reno studying voice. His entire career after leaving school. “I have been lucky to have incredible mentors, teachers, directors, and choreographers—mostly white—who have helped me get to where I am today.” But, at the same time, “if it weren’t for the experiences of me being the only Native in the room almost every time, I wouldn’t have had the drive to create opportunities for Native creatives to be seen and heard.”

His new organization is in its infancy. Funding is on Kizer’s mind. Getting the word out to Native communities about the work he and his colleagues are doing is on his mind. He’s eager to start a Native writers retreat somewhere in the Bay Area. He’s currently trying to find a physical space for it. He’s at work creating a series of readings, also. It will happen this coming fall as part of the PlayGround Innovator Incubator Showcase.

Meanwhile, even with all that, he’s writing, eager to tell his stories and the stories of the Washoe people. “We are humans,” he said, “and have the exact same challenges that everyone else has on Earth. We all have to work, pay the bills, feed our families, and keep the lights on.” His light is on his desk, aglow, as he writes, exploring who he is. He says he’s interested in retelling the Washoe Tribe’s legends and contemporizing the tribe’s songs. “Every time I hear a new story, I’m gaining knowledge of what it is to be Washoe.”

Further, every story told tells us a little bit more about who we all are. We all gain knowledge by hearing the stories of others. Native voices are rising. As Kizer stated, “We want to take back our stories and tell them our way.”

Kizer is showing us all the way forward.

“An Evening of New Native Plays” is now available to watch on demand through June 30, 2022. The video is free, but donations are accepted and appreciated.