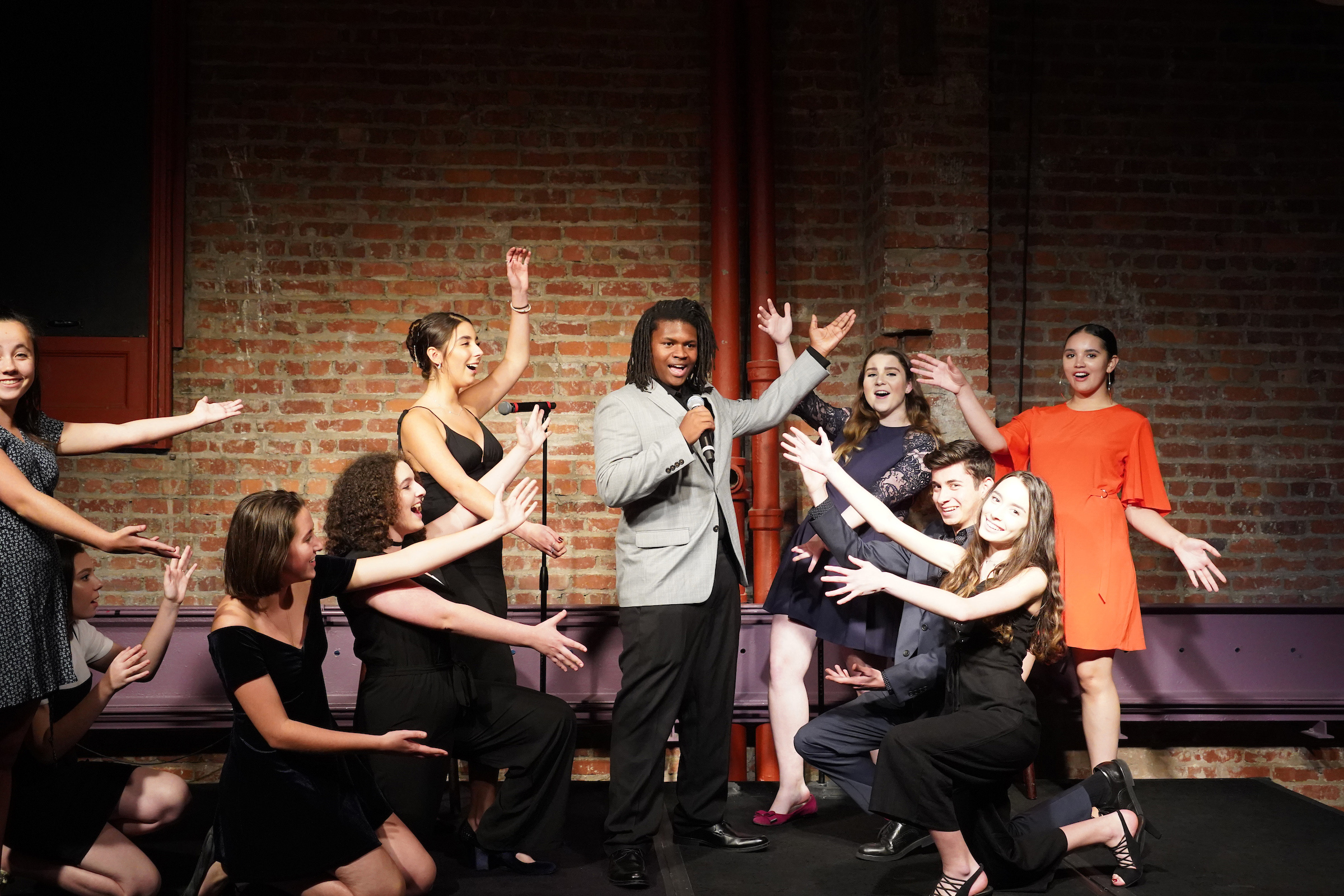 From a Master of Fine Arts program to summer intensives for teens, education at A.C.T. is designed to be rigorous and to take full advantage of the professional theatre company they occur in.

“The summer training program is the oldest education program,” said Melissa Smith, A.C.T.’s conservatory director. The program, begun by Robert Goldberg, served as a way to keep the actors training, to grow the number of actors available and to give them work teaching. Today, it’s difficult to attend any of the Bay Area’s many theatres without finding an alumni connected to one of A.C.T.’s programs.

Also launched in the 1980s was the Young Conservatory program that provided more intensive training for younger actors. “Summer is a very busy time for us,” said Susie Falk, interim director of education and community programs. “We have the audition-based musical which is a very competitive program every year. We’re doing Into the Woods this summer and the students get to perform at the Strand with members of the M.F.A. program in the cast.”

The Young Conservatory offers three different age levels of programs, from elementary to high school, ranging from one-week to three-week classes. All the classes take place at the company’s studios near Union Square in downtown San Francisco. Classes this summer include improvisation, singing and dancing, voice and speech, on-camera acting, Alexander technique, audition preparation, stage combat and introduction to Shakespeare, among others.

“It’s high caliber training with professional theatre artists,” said Falk. “We want them to gain confidence and collaborative skills, as well as have a high quality experience. Many will pursue theatre for a college or graduate degree program.”

“Connections between the M.F.A. program, the Young Conservatory and other education programs have grown to become an important part of the experience,” said Smith. “Around 2007, the M.F.A. launched the Shakespeare school tour. It began as a pedagogical tool and with wanting our actors to perform in different spaces. Once the education program launched seven years ago, they took on the booking of Will on Wheels.”

Today, M.F.A. students work with younger students year round throughout the conservatory programs and on-site visits. “Our collaboration began with Downtown High School because they were meeting up in the halls,” said Smith. “It got rolling in a grassroots way and then we took it over.”

Downtown High School teachers Charmaine Shuford and Robert Coverdell work with A.C.T.’s M.F.A. students to create a theatre project each semester. “Our students examine a theme each semester. Our partnership with A.C.T. is great because they provide tickets to see their shows and read the plays that they [will perform]. We partner with their M.F.A.s. At the end of the semester they help us put on a show. This spring we looked at identity: what are the forces that shape our identity? Environmental pressures, biological pressures, all the thing that impact teenagers,” said Coverdell.

Working with M.F.A. students and their instructors, the teens at Downtown High School crafted their show around this theme.

“A.C.T. dreamed big for our students,” said Coverdell. “For some of [DHS students] it is their first time going to the theatre and they’re always really appreciative of it. A lot of these students don’t ever get a chance to get their work showcased the way that we showcase it here. After they do [their performance], they are always so proud of themselves. You can feel that joy and accomplishment. Audiences come and are amazed by the work that the students put into it.”

Last year, one audience member noticed that a piece about changes in the Mission District featured District Supervisor Hillary Ronen. “One of our students who grew up in the Mission wrote a play and Hillary Ronen was a character in the play. One of Hillary’s friends saw it and texted Hillary. Then they invited us to go perform at City Hall. The student who wrote the play is so proud of that,” said Coverdell.

The inspiration goes both ways, for those who teach and those who perform. “At the end, all the M.F.A. students have the experience of working with Downtown High School students in their first year,” said Smith. “This experience of working with somebody who is younger and looking up to them is inspiring. Many discover that they want to go on to community work. It’s a great gift. It works both ways, a great gift to them and to the Downtown High School.”

As the founders hoped in the 1960s, this connection between the San Francisco community and a professional theatre has become one of the program’s strengths. “A couple of things set us apart,” said Smith. “We are the only freestanding M.F.A. in the country. The fact that we are freestanding and attached to a professional theatre, right here we are apart. Engagement with Young Conservatory, the engagement in the summer programs, and the citizen-artist pieces that happen in the community are truly unique as well. Three features that you wouldn’t get someplace else.”

For all the students who move through A.C.T.’s educational offerings, Falk and Smith see the importance of arts education going beyond just an appreciation of the theatre. “For all of our residencies we’re working together to deliver the content,” said Falk. “It’s important for these students to work on writing, acting, speaking from their own voice and own experience. It’s great to see how these kids can grow. We have a residency with one of the chapters of the Boys & Girls Club. One of the students didn’t speak for the first two years in the program and then she was up there on stage, acting the lines that she wrote.”

“I believe that people have different talents and aptitudes,” said Smith. “For some people, computer programming is an endless walk up a hill. There are people who are born into this world who want to grow up and make art. I think people who are studying the arts are preparing themselves to lead creative lives. We train them to go out into a world that is hungry for them.”

More information about A.C.T.’s M.F.A. program, Young Conservatory and other educational programs can be found on A.C.T.’s website.