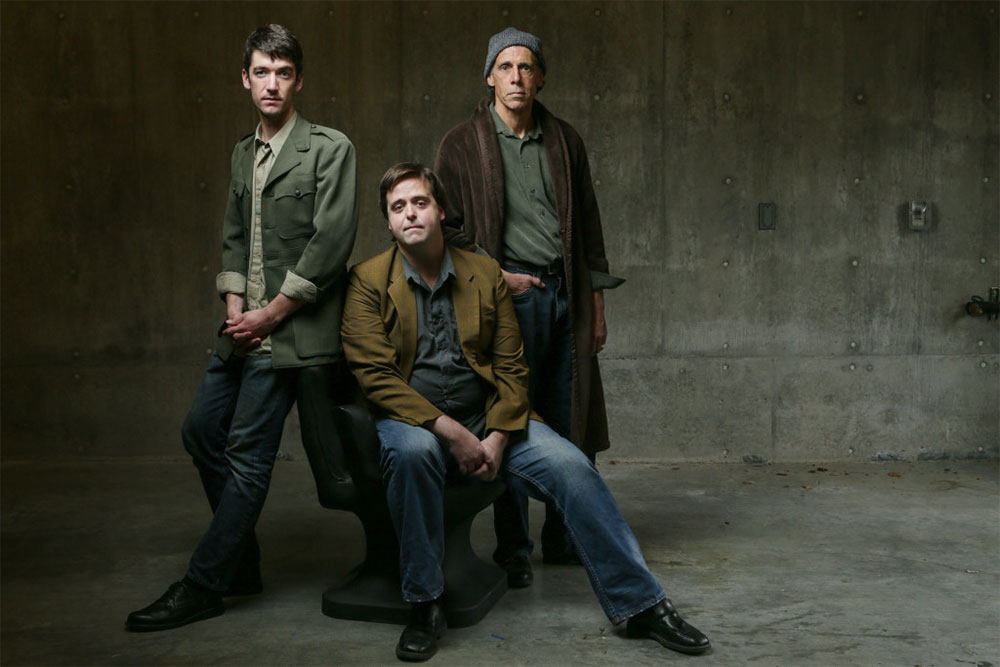 Kurt Vonnegut was my first favorite author. His books were recommended by the best teacher I had in middle school, Mr. B., a thoughtful humanist and pedagogical unicorn on the otherwise dreary faculty of our underfunded public school in suburban Florida. Mr. B. lent me the books from his own collection. I started with Cat’s Cradle and quickly devoured them all.

It was my entrée into “serious,” “adult,” capital-L Literature, but the glorious secret of Vonnegut’s fiction was that it was anything but serious and adult; to my young reader’s ears he was closer in tone to Mad Magazine and underground comix than Nathaniel Hawthorne or Stephen Crane. Vonnegut smuggled wild ideas into my brain, tempering my first literary exposure to the existential terrors of death, war and disease with his funny, fallible narration. To the son of a southern evangelical preacher raised on church four times a week, Vonnegut became a heretical great-uncle, a war veteran old enough to be vulgar in front of the kids without shame. I imprinted on that voice.

When I learned that Book-It’s newest adaptation was Slaughterhouse-Five, Vonnegut’s most celebrated work, I was on board but with stern reservations. How would they translate the dizzying temporal paradoxes of Billy Pilgrim’s life into a stage play? Would they be able to capture the humor and kooky specificity of the many stories-within-stories while remaining true to the meanderings of Vonnegut’s omniscient first-person narration? How the hell would they do the Tralfamadorians?

I’m happy to report that Book-It’s adaptation of Slaughterhouse-Five is a thrilling show that’s as true to the novel—and the author’s intentions—as I can imagine. Note: this article contains spoilers from a book published in 1969.

Jim Gall plays Vonnegut with a rumpled, jocular verisimilitude. It’s downright eerie, and it surprised me how affected I was sharing space with my literary hero’s avatar. The real Vonnegut died in 2007, and he’s one of an elite group of modern authors I wish were still around to comment on current events. (Hunter S. Thompson would be another.) Real Life Vonnegut railed on the Bush Administration and the invasion of Iraq as it happened, and his death (along with Thompson’s two years prior) was one of the many truth-casualties of that noxious era.

After the opening scenes in which Vonnegut time-hops around the events leading up to his writing of the book, I found myself fantasizing about a spinoff show in which the audience could ask questions of the author. He’d be like a historical reenactor at Colonial Williamsburg, but instead of lecturing about candlemaking and muskets, Stage Vonnegut would chain-smoke unfiltered Pall Malls while sharing his opinions on global warming, #BlackLivesMatter and Jeb Bush. Can we make this happen?

It’s been a few years since I’ve reread any of the Vonnegut in my collection, so I’d forgotten how many vivid details and cameo appearances populate his novels. From Private Pilgrim’s silver-painted “Cinderella” boots to the homely mid-’60s décor of his terrarium on Tralfamadore to the straw boater hats of the doomed barbershop quartet, the props, sets and costumes satisfyingly fleshed out the familiar fictional world.

I’d also forgotten how much I loved the many eccentric recurring characters who pop in and out of the novels. Adapter/director Josh Aaseng, obviously a fan, thankfully included the greatest and most elusive of all cameos, the cantankerous pulp sci-fi author Kilgore Trout (also played by the funny and versatile Jim Gall). There’s an appearance by alcoholic philanthropist Eliot Rosewater played with lilting sweetness by Cobey Mandarino, who jumps authoritatively between several disparate dialects and characters throughout the play in an impressive feat of ensemble acting.

Then, of course, there are the Tralfamadorians, who are mentioned in five different novels. With a bit of rudimentary puppeteering and clever “telepathic communication” sound design, they’re depicted exactly as described: “Green and shaped like plumber’s friends. Their suction cups were on the ground, and their shafts, which were extremely flexible, usually pointed to the sky. At the top of each shaft was a little hand with a green eye in its palm.”

In other words, they’re the most ridiculous-looking aliens in fiction, a figment of Vonnegut’s childlike imagination come to life, and they’re rendered with suitable absurdity in the play. Maybe a spinoff one-act for the Tralfamadorians, too?

As the hundred-odd scenes of the show cascade over you, it’s a true mark of the adapter’s craft that you don’t lose the thread of the plot nor the essential humanity of the characters, who might seem like chess pieces shuffled around the lifetime-spanning narrative in less deft hands. You are battered about by the wondrous and awful events of the protagonist’s life as he is experiencing them right now, in the eternal unstuck present. I was accompanied by illustrator Mark Allender, who only vaguely remembered the book from 15 years ago, and he confirmed that the plot was 100% follow-able.

Whatever unseen directorial gambit tethered these three characters together, it worked. At the point in the third act in which they speak in unison, they become fragments of a single entity bound by the weight of collectively (and simultaneously) lived experience. When Pilgrim is killed they are all dying, always will be dying, always have been dying. You empathize with the humanity of these three beings as one singular entity and in doing so you get a real glimpse into the Tralfamadorian’s truth about time and death, Billy Pilgrim’s dying message. You can’t ask for more from an adaptation than that.