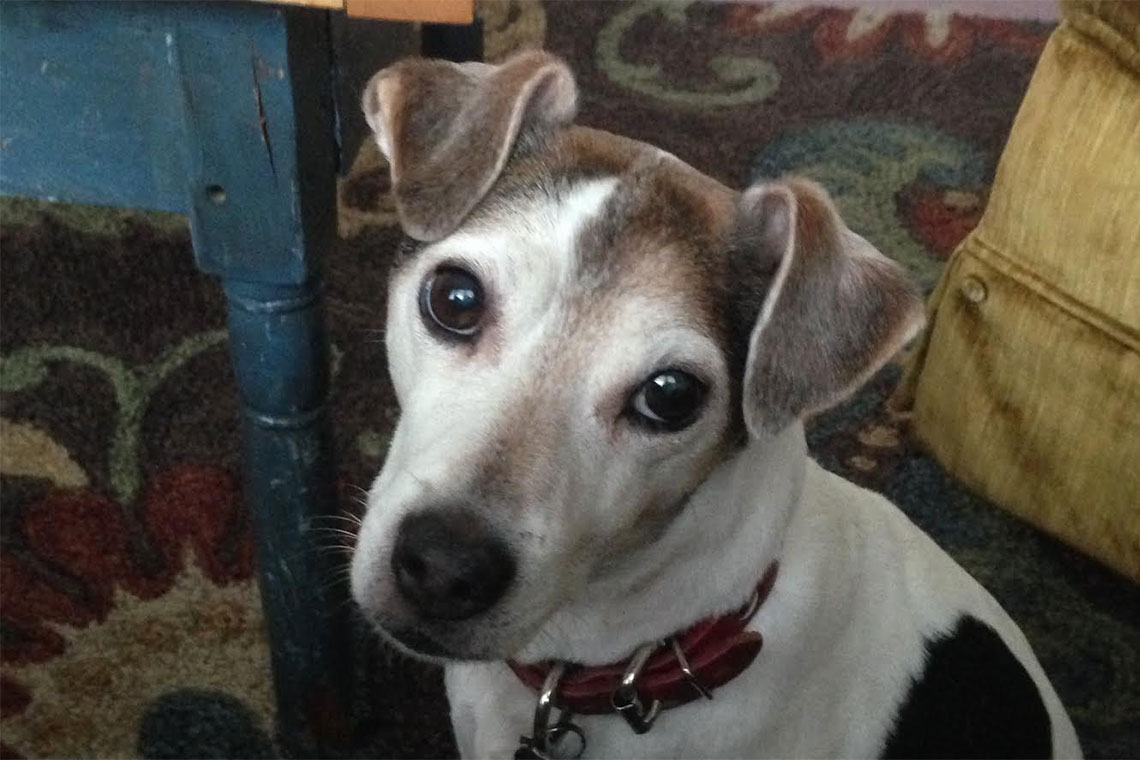 You’ve probably spent more time in theatres and around theatre people than most humans I know. Have you gained any insight into the dramatic arts over the years?

I was there when Jen and Matt founded the Washington Ensemble Theatre. I’ve teched at every theatre in town: Intiman, Seattle Rep, ACT, Children’s, the Center House, the Bath House, WET, the Erickson, West of Lenin, Annex. I’ve even spent time in a handful of theaters that are no longer around, in indoor theaters, and in outdoor theaters.

There are two things I’ve learned about the theatre. They all smell about the same: dusty. They all have leftover food under the seats. You’d be amazed at what you can find under those seats. Once, I found a whole fried chicken. I wasn’t allowed to eat it.

Sometimes I think of my house as a sort of “dog terrarium” for my mutts. As the companion of a set designer, if she had to create the perfect environment for you, what would it look like?

I’ve always been interested in bringing the outside inside, and my favorite scenery does just that. Big sprawling landscapes, trees, sky. I’m especially interested in the incorporation of actual, real, found natural elements (trees, hay, telephone poles, leaves, etc.) into scenery. I know humans don’t appreciate smell in the same way that I do, but I find that nothing draws me into the work onstage like all those smells on something that has been left outside for a very long time. Smell is real. Everything else is pretend.

Your other human companion is a sound designer. What sound cues or background music would best personify you?

I’ve always thought that sound was rather nifty, but at my age (I’ve lost most of my hearing at this point) it doesn’t really do much for me. Music can be calming, and loud noises exciting but I think that Matt should focus on something more interesting. They eliminated the Tony Award for sound this year. I think that says a lot. Hopefully they’re making room for smell design. Now, that’s something really spectacular, The Tony Award for Best Smell in a Play/Musical.

If you were to write a play, what would it be about? What style of playwright would you be?

I tend to get pretty sleepy. I am 81 in human years, after all. If I were to write a play, I’d do some things differently. I’d make the seats more comfortable for dogs. I can’t tell you how alarming it is to be folded up into the seat unexpectedly. Why do they fold up at all? You’re lying there, curled up, drifting off while someone on stage yaks away about some people problem, and just as you hit dreamland, you’re smashed between the seat and the seat back. It’s awful.

So everyone would get a bed. Also, there’d be snacks. Then, since everyone is comfortable, I’d actually feature sleeping. Sleeping through the show wouldn’t be gauche as it is now, it’d be expected. Required even. Everything should be in service of this.

The action on stage would be slow. 5 minutes of repeating action. A man eating dinner and reading. Someone taking out the trash. Raking leaves into pile. Over and over. That way when you doze off for a couple of minutes you don’t feel like you’ve missed anything. The scenery would be pastoral, the sound calming. The lighting wouldn’t change very much either. And smells. Wonderful smells of all kinds.