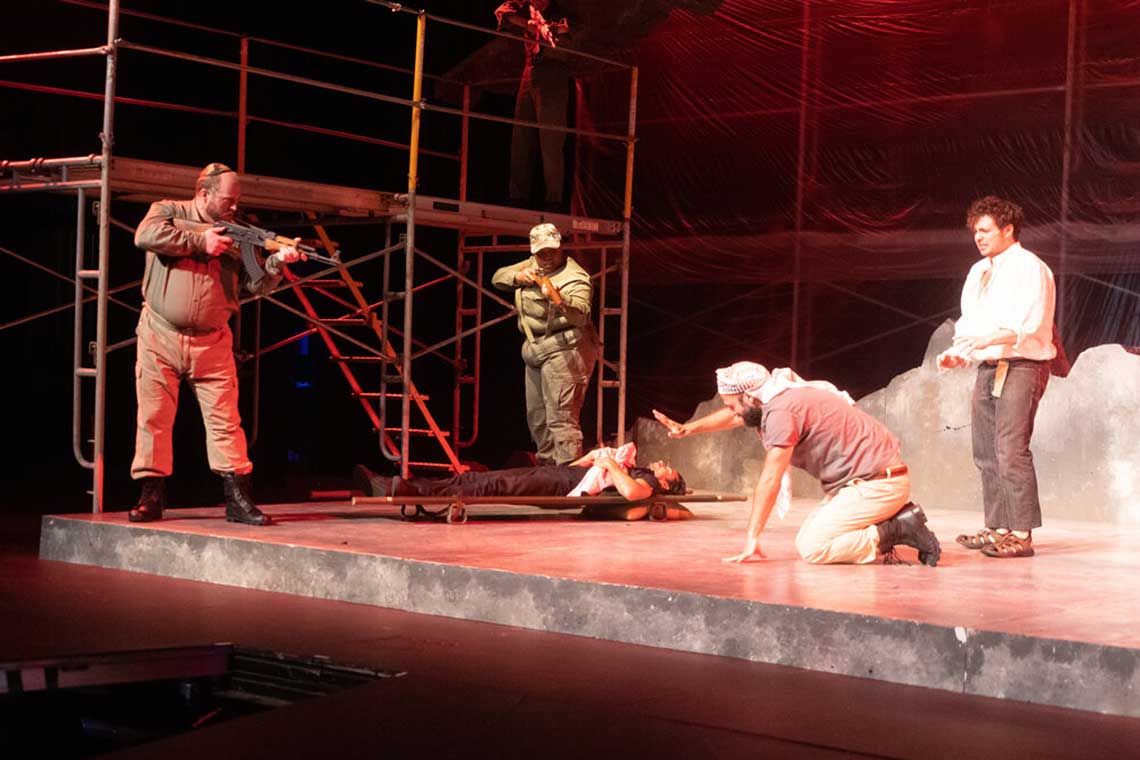 Courtesy of Theater of Possibility

Abraham’s Land, an original musical with words by playwright Lauren Goldman Marshall and music by Pulitzer-nominated composer Roger Ames, is now available on demand for audiences to enjoy from home. Now through October 31, you can purchase tickets to view the edited livestreamed performance provided by Theater of Possibility.

Don’t miss your chance to see the musical that audience members are saying is “…a true work of (he)art and soul” (Coni Pursley) and “…so very timely, not to mention beautiful” (Gail vonHahmann). Abraham’s Land follows an Israeli soldier, Sergeant Yitzhak, during the Israeli occupation of Palestine and the First Intifada. After Yitzhak fatally shoots a Palestinian, Ismail, who he believed to be a threat, he discovers Ismail was an unarmed demonstrator. Filled with guilt, Yitzhak travels to Gaza to ask for forgiveness from Ismail’s family. Yitzhak disguises himself as a Palestinian for his journey, experiencing the humanity of the Palestinians and coming to terms with his own.

This musical about humanity and forgiveness had its world premiere at Kirkland Performance Center July 15–18, 2021 as the first live theatre production to open after COVID-19 restrictions allowed in Washington state. The performances were also livestreamed to audiences in 37 states and across six countries.

The musical began its production history 30 years ago as a Jewish-Arab collaboration between writer Lauren Goldman Marshall, composer David Nafissian and director Hanna Eady. In 1999 the script was further developed at Seeds of Peace International Camp by Marshall with the help of Israeli and Palestinian teens. Abraham’s Land was workshopped at Village Theatre and Nautilus Music-Theatre in Minneapolis-Saint Paul.

The edited livestream will be available for on demand purchase through October 31. Tickets are pay-what-you-can, ranging from $1 to $100, with a suggested purchase price of $25. Abraham’s Land was produced by Theater of Possibility and Abraham’s Land Musical, LLC.

View a song from the live performance: