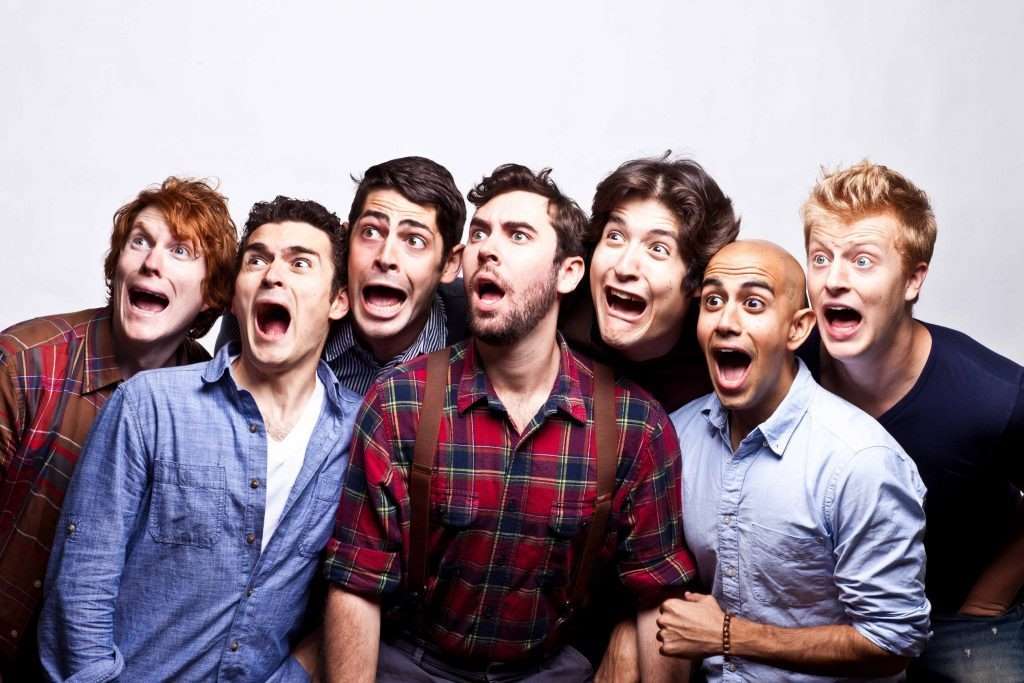 Members of PigPen Theatre Co. who will be performing 'The Tale of Despereaux' at Berkeley Rep. Photo by Jenny Anderson

A charming new musical has just been added to Berkeley Rep’s upcoming season to play during the holiday.

Berkeley Repertory Theatre announced yesterday that they will be adding a special performance event in their 2019-20 season: The Tale of Despereaux. This new musical will be presented by PigPen Theatre Co. and is directed by Marc Bruni whose credits include the Tony Award-winning Beautiful: The Carole King Story. The Tale of Despereaux comes to Berkeley Rep after a world premiere at The Old Globe in San Diego and will run November 21 through January 5.

Incoming Artistic Director of Berkeley Rep Johanna Pfaelzer looks forward to the addition saying, “I am thrilled to have PigPen Theatre Co. join the upcoming season at Berkeley Rep. They are known for their dynamic theatrical storytelling, and to have this beautifully staged interpretation of a great novel on our stage will be a treat for our audiences.”

Adapted from Kate DiCamillo’s Newbery Medal-winning novel and the animated film, The Tale of Despereaux follows a courageous mouse who dreams of becoming a knight. He sets off on a noble quest that will take him down into dungeons and up to the heights of a castle tower to rescue a beautiful human princess—but the dark-hearted rat Roscuro has other ideas.

Filled with beautiful music and lyrics by PigPen Theatre Co., inventive staging and a poignant message, The Tale of Despereaux makes a perfect show for children and adults alike.

Speaking to The San Diego Union-Tribune about the appeal of this story, member of PigPen Arya Shahi states, “the mouse is the embodiment of an unlikely hero. These little scurrying rodents, these little creatures, it’s them against the world.”

The Tale of Despereaux will be one of two special events in Berkeley Rep’s season, the other being Elevator Repair Service’s Gatz, a word-for-word performance of F. Scott Fitzgerald’s The Great Gatsby, which has astonished audiences around the world. These two events will be in addition to Berkeley Rep’s seven regular season shows previously announced: The Great Wave, White Noise, Becky Nurse of Salem, Culture Clash (Still) in America, School Girls; Or the African Mean Girls Play, Happy Days, and Swept Away.

Tickets for the The Tale of Despereaux will be available to Berkeley Rep subscribers in early August before becoming available to the general public. Information on becoming a 2019-20 season subscriber can be found on their website.