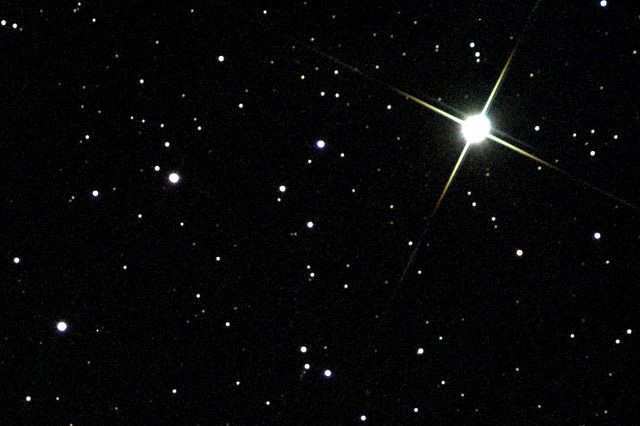 Start getting excited right now: October 10–12 the Seattle Symphony will be presenting The Movie Music of John Williams. On the off chance you don’t already know, John Williams (left) is one of those rare artists, musical or otherwise, whose work has completely blended into the fabric of our culture. On paper he just writes music for the movies, but in reality his work transcends cinema; it’s an inseparable part of our shared history.

The classic Duhhh Dum! passage from Jaws isn’t just recognizable as music from a popular film; it’s become sonic shorthand for impending danger. The music from Indiana Jones is the grand soundtrack template for adventure in and of itself. The music from Star Wars is synonymous with… you know, wars amongst the stars. Even if you have somehow managed to go your whole life without seeing any of these films (how and why did you do that, by the way?) you certainly have these refrains buried somewhere in the folds of your brain.

Ranking the best of Williams’s scores is a futile endeavor, particularly for guy like me who’s been obsessed with movies since birth. This is like picking my favorite out of a litter of adorable puppies. Which isn’t to say that many of his scores sound alike (though, c’mon, it’s kind of true) but that my number one will just end up being randomly picked out of the box because I can’t take five puppies home, as much as I’d like to. Number one could just as easily have been any of the others, except for that puppy who bit me and peed all over my shirt. That puppy is Hook.

John Williams has been making music for Hollywood since the 1950s, but he didn’t start inserting himself into the DNA of film as a whole until the ’70s. He had a great degree of success scoring disaster movies and, most notably, Robert Altman’s The Long Goodbye. He even won an Oscar for Fiddler on the Roof, but after Jaws in 1975 he became THE go-to man for gigantic, beloved blockbusters. What’s absolutely incredible is that he was still able to create the perfectly inseparable theme for yet another mega-franchise 25 years later, for an audience a generation removed from his prime years. John Williams’s sensibilities are simply too shrewdly populist to ever become antiquated. Technically, Williams scored only the first three Harry Potter movies, but his most famous contribution, “Hedwig’s Theme” (you’ll recognize it, trust me) has been used in all of them, because of course it was.

This one is for me. Oliver Stone’s Nixon is nowhere near the kind of beloved classic all of the others on this list are, but I’ve seen it no less than 10 times. One of its greatest strengths is Williams’ monumental score, which I think is his finest, most adult work to date. His most admirable gift is his ability to distill all of the contrasting emotional beats of his subject into something that feels perfectly singular. That sums up this masterpiece perfectly; the primary theme is at once grandiose, terrifying, triumphant and tragic, just like the life of the man himself. If you haven’t seen this movie, I recommend at least watching the beginning so you can catch the goose-bump-raising opening passage. I promise it will make the hair stand up on the back of your neck while also making you think “Yep, that sounds like Nixon, all right.”

Who else could do the perfect music for Superman? Listen to the Superman music right now. Better yet, download it onto your mobile device and go about your day with this music thrumming in your ears. You’re gonna be smiling and waving at everyone. You’re gonna be looking for bad guys to punch, people to save. You might even just start running down the street with your fists pumping in front of you. Look, I’m obviously basing this on personal experience, but I’m not wrong. The music, let’s face it, is WAY more fun and exciting than any of the Superman movies themselves.

This is one of the reasons I fear going to the Seattle Pops show, because when they play the Superman music, I’m afraid I’ll start jumping up and down on my seat. But maybe we all will, and it’ll be a bonding experience.

This wasn’t the first time Williams hooked up with Steven Spielberg, but it was the first time the two worked together to create a piece of cinema that completely subsumed the world’s imagination. This might very well be the most effective score of all time. Just try watching the beach scenes with the sound off. Better yet, don’t ever do that, ever. The thrills are like 55% Duhh Dum. Duhhh dum. Dum dum dum dum dum dum dum (you know how the thing goes). I’m getting freaked out just thinking about it and the only body of water even remotely close to me is a hot tub. But… I suppose there still could be a shark in that hot tub. Duuuhhhh Dum.

You see what I mean, about trying to pick a favorite puppy? How is Star Wars only number three on this list? It’s Star Wars! The opening credit blast of space triumph, the “Imperial March,” “The Force Theme,” Williams really outdid himself on this one. Yet another in a LONG list of movies that you simply cannot fathom with a different composer. If Star Wars hadn’t had John Williams, it still would’ve been pretty good, but the music is a large aspect of what made it great.

E.T. gets the nostalgia bump to the number two spot. This was the first movie I actually remember seeing. I was three or four. I think I might have actually come online as a sentient being while watching this film, because I don’t really remember anything before this. And you know what’s the most vivid about this first memory, right? WHITE DEAD-LOOKING E.T. IN THE RAVINE. The image that scarred a generation of toddlers.

This was the soundtrack to the very beginning of my life. I defy you not to tear up a little when that unbelievably perfect E.T. themereally kicks in. Especially at the end, when Elliot and E.T. are saying goodbye, the UFO is taking off, the wind is blasting Elliot’s hair, he’s crying, you’re crying, everyone’s crying and Williams’ music is jacked into overdrive like he just doesn’t care that you don’t want to be seen crying when the lights come up. It’s insanely powerful, and it makes me cry-happy like few things in the universe. I would’ve enjoyed this climactic music as a child much more if I hadn’t gone catatonic from WHITE DEAD LOOKING E.T. IN THE RAVINE.

1. Indiana Jones and the Three Great Adventures He Had. THREE.

So, this is the puppy I ended up with. I’m happy with my choice. All of the other puppies are still wonderful, but this puppy? He’s the one for me. Everything I like about movies, music and being alive are all wrapped up in that incredible title theme. All the music is great in these three movies, but let’s face it, you’re not thinking about the train chase theme from Last Crusade or the horrifying human sacrifice theme from Temple of Doom. You’re thinking about that absolutely perfect Dun da dun dunnnn Dun da Dunn, Dun da Dunn DUNNN, Dun da dun DUN DUN. All other film composers trying to create the sound of adventure will forever only pale in comparison. With Raiders of the Lost Ark, Williams created a score that is inextricably linked not just to the film and the characters within it, but to the very ideas and emotions related to the genre as a whole. He’s done it before. He’ll probably do it again.