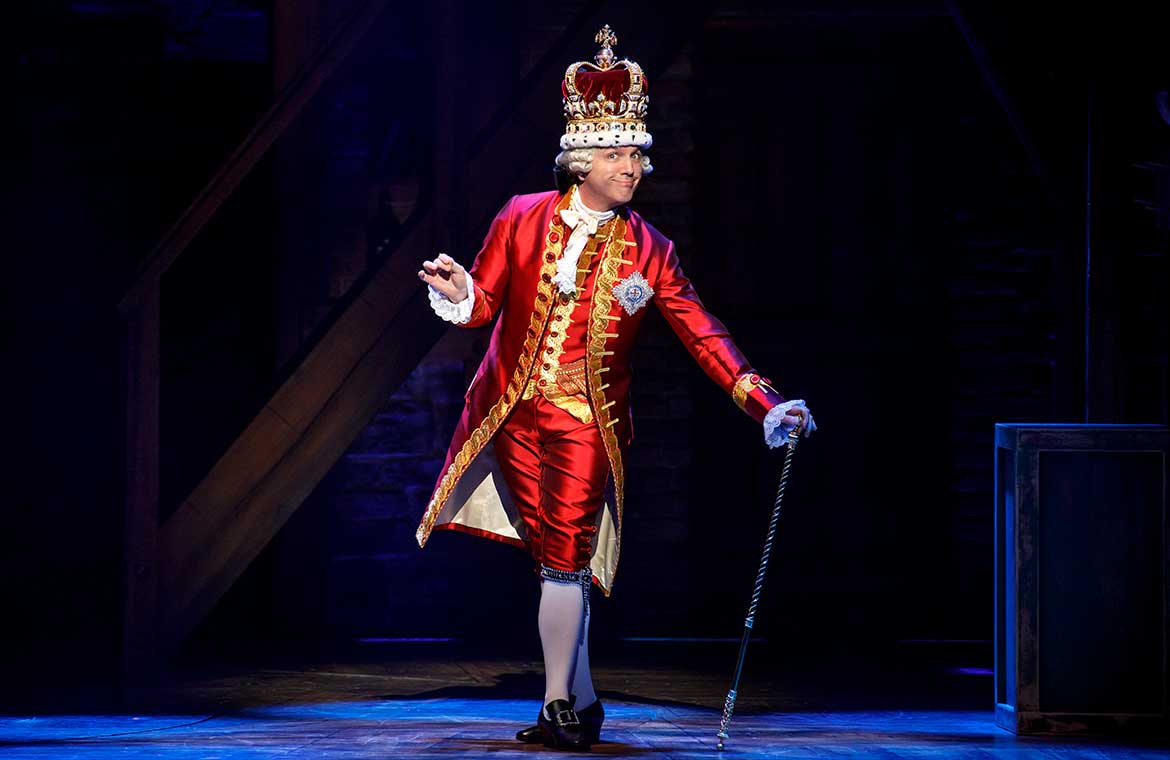 Jon Patrick Walker in the national tour of "Hamilton." Photo by Joan Marcus

This blog post is about Broadway shows to see at The Paramount Theatre in Seattle in 2022. Check Encore Spotlight Things To Do for ideas on what to do in Seattle.

Broadway in Seattle is a family-friendly affair, with plenty of shows that are appropriate for younger audiences.

The Benefits of Attending a Broadway Show in Seattle Are Plentiful

Broadway in Seattle: A Timeless Tradition

Theatergoers in Seattle will be treated to some of the best of what Broadway has to offer in 2022. The Paramount Theatre announced its season of shows, including some of the most famous Broadway productions.

The theatre has undergone many upgrades throughout the years to accommodate the many styles of performance that are presented. It has a seating capacity of 2,807, making it one of the largest theatres on the West Coast. Conveniently located close to downtown Seattle, it’s a great place to enjoy an evening of entertainment with your family, friends, or loved one. The theatre has hosted many Broadway productions, including The Lion King, The Phantom of the Opera, Wicked, and more.

Here is a list of Broadway shows coming to Seattle in 2022.

Anastasia is playing at The Paramount Theatre in Seattle from January 25 to January 30, 2022. This dazzling show transports us from the twilight of the Russian Empire to the euphoria of Paris in the 1920s, as a brave young woman sets out to discover the mystery of her past. Featuring a score of songs by Lynn Ahrens, the show has been highly praised by critics.

The Paramount Theatre is pleased to welcome The Band’s Visit on March 8–13, 2022. This is a perfect show for anyone who likes both comedy and drama, as the show manages to blend both together in a very entertaining way.

The Tony Award®-winning show tells the story of an Egyptian band that inadvertently arrives in Israel and gets lost in a small town in Israel. The townspeople take the band in, and they all learn about each other’s cultures and customs. The show, which features a cast of prominent actors, is an ode to peace. We come to see the similarities between people, no matter where they are from. The show tells the story of how music can break down barriers and bring people together.

Theatergoers are in for a special treat when they see Beautiful: The Carole King Musical at Seattle’s Paramount Theatre on Apr 8–10, 2022. See the show where Carole King’s life is shown through the stories of her songs. This musical opens up a window to a time of innocence and hope. This show is a must-see this theatre season! Beautiful: The Carole King Musical is a Broadway sensation that tells the story of life of the legendary singer-songwriter Carole King. It is a musical based on her memoirs and features many of her famous songs.

The Paramount Theatre presents Pretty Woman on Jun 7–12, 2022. The musical is an adaptation of the popular 1990 film starring Julia Roberts and Richard Gere. Pretty Woman: The Musical is the newest Broadway production inspired by the iconic movie. The show tells the story of Vivian Ward, a beautiful young woman who is hired by a wealthy businessman to be his escort for a week. Vivian and the businessman soon develop feelings for each other, and the show follows their journey as they fall in love.

The Paramount Theatre is hosting the most popular musical of our time, Hamilton, from August 3 through September 11, 2022. Hamilton is a winner of 11 Tony Awards®, including Best Musical, and a winner of Pulitzer Prize for Drama. The show tells the story of Alexander Hamilton, who forever changed America. Featuring a score that blends hip-hop, jazz, blues, rap, R&B, and traditional American music, Hamilton is the story of America then, told by America now.

Seattle: A Gateway to the Arts

Seattle is a city with many things to offer. From theater, to music to art, there are plenty of different cultural experiences to choose from. Some of the most popular arts-based attractions in the city are Museum of Pop Culture, Seattle Art Museum, Benaroya Hall, and many more. Experience a night of culture and an inspiring concert with a friend at the symphony, a night of opera, a night of theater, or a night of ballet. With so many things to do in Seattle, it’s hard to know where to start.

Broadway in Seattle is the perfect place to get your culture on! The Paramount Theatre is an amazing place to catch a show. It has a variety of different types of shows and plays, and you can enjoy a dinner before or after a performance in one of the nearby restaurants. Encore Spotlight is a curated guide to arts events in Seattle. Our goal is to help you find the best theater, dance, music, and visual arts events in Seattle and the Seattle area, and to provide you with information about each event so you can make the most of your experience.