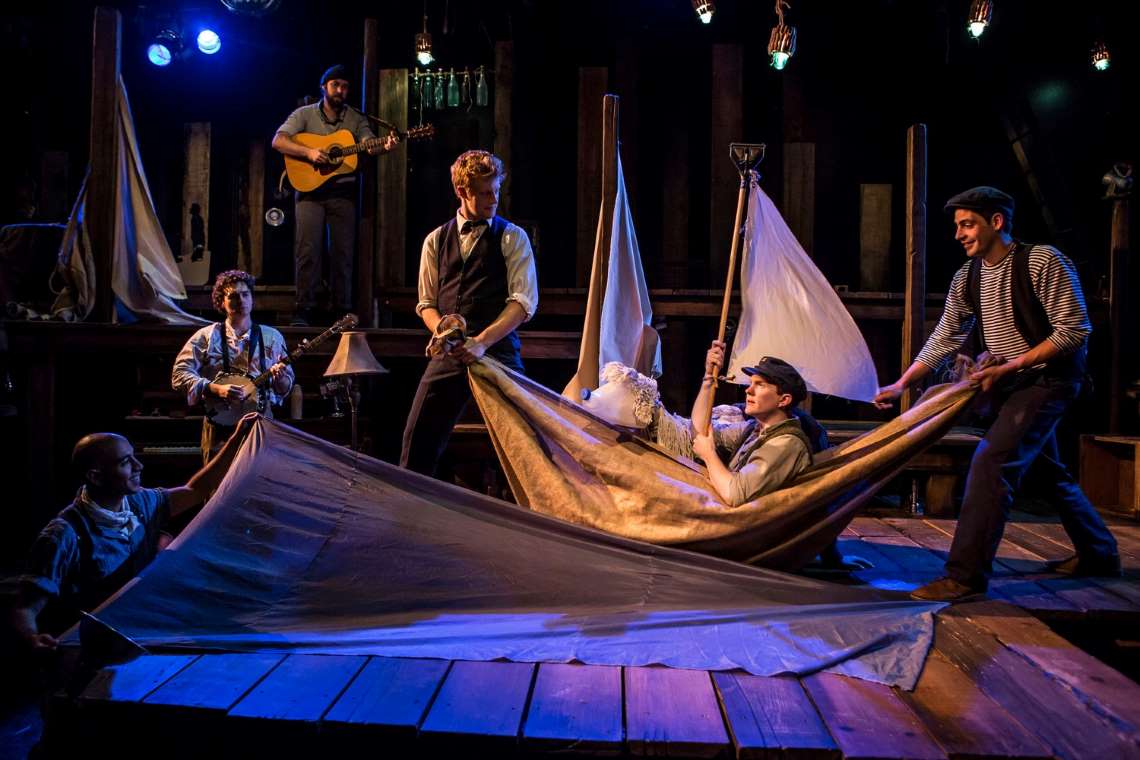 The 2020 Jewell Mainstage season will include Steel Magnolias, Babette’s Feast, See How They Run, The Spitfire Grill and The Old Man and the Old Moon.

“Whether it’s you being you, creating a new life or a case of mistaken identities, in the 2020 Season we’re uncovering what makes us more than mere mortals,”said Co-Founder and Producing Artistic Director Scott Nolte. “With our unique blend of comedies, dramas and musicals (that you won’t find anywhere else!), the characters that cross the stage illuminate our lives. And the theatre is one of the best escapes to see life more clearly. So let us give you some insights, gasps and giggles in 2020.”

BOOM! Drum fires another shot into the magnolia trees giving Ouiser’s dog a nervous breakdown. Truvy’s salon is buzzing as gossip and zingers fly between baby’s breath and bouffants. Annelle is new and nervous which means things are getting a little poofy. Hold onto your rollers and grab your tissues for this hilariously heartwarming American classic.

See How They Run

All Penelope wants is an evening out; surely even vicar’s wives can have an innocent night on the town with an old friend. But between the buzzed busy-body in the closet, a volley of vacillating vicars galloping across the lawn and a Soviet spy on the loose, this night is racing towards insanity. Precocious and preposterous, this comedy is quintessentially English.

Percy is fresh out of prison and searching for a new life when she arrives in Gilead. Curmudgeonly Hannah’s ready to leave The Spitfire Grill behind and announces a contest to raffle it off. As entries start pouring in from around the country, rumors and secrets swirl through the once picture perfect town. In this soul-stirring musical, forgiveness and a spirit of hope go a long way in pointing the way home.

The Old Man and the Old Moon

Created by acclaimed theatre-makers PigPen Theatre Co. and inspired by Celtic folklore and British sea shanties, this spell-binding play with music takes us to the end of the world on a whimsical journey to uncover a forgotten past.

The moon is waning and the Old Man must refill it. A melody sparks a memory and the Old Woman must follow it. In a quest to find his wife, the Old Man abandons his duties to face civil wars, monsters of the deep, zeppelins, meddling ghosts and a past he can’t remember. This fantastical, sea-fairing and song-filled tale leads you on an epic adventure into lands unknown!

New subscriptions for the 2020 season go on sale October 1 adn start at $78. Single tickets will be released for Steel Magnolias on Nov. 19; for Babette’s Feast on Jan 14, 2020; for See How They Run on Mar 10; for The Spitfire Grill on May 5; and The Old Man and the Old Moon on June 30. Tickets can be found at taproottheatre.org.