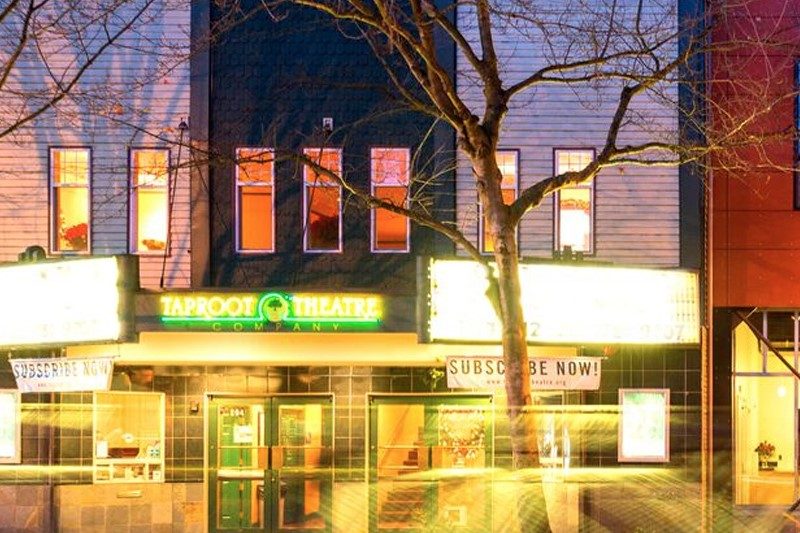 Taproot Theatre Company has announced they will be bringing three shows to their stage for the 2022 season. The season will feature the comedy The Nerd, Agatha Christie’s Black Coffee, and a new cabaret by the Russell family.

Three’s already a crowd in Willum’s house, but it’s as tight as a game of sardines when Rick unexpectedly arrives. He’s as interesting as quality control at a chalk factory, until his antics jeopardize Willum’s career. Sure, Rick once saved Willum’s life, but now he’s ruining it! Pass the deviled eggs, this party’s about to become a saucer-smashing good time!

The formula for a secret weapon has been stolen, and that isn’t the only mystery in the Amory house! When Sir Claude discovers the theft, he locks his family in the library. Moments later there’s a dead body, a room full of suspects, and a Belgian sleuth at the door. Witness the famous Hercule Poirot untangle a jumble of deceptions to discover whodunit.

An evening of laughter, love, and unrelenting joy! Seattle’s own Sarah, Be, and Faith Bennett Russell carry on their family’s legacy as storytellers, while celebrating their individual journeys as Black female artists. From their roots in Jamaica to their home in Seattle, this cabaret is filled with songs both new and old. Bring your tissues and party-poppers and prepare to leave with a song in your heart.