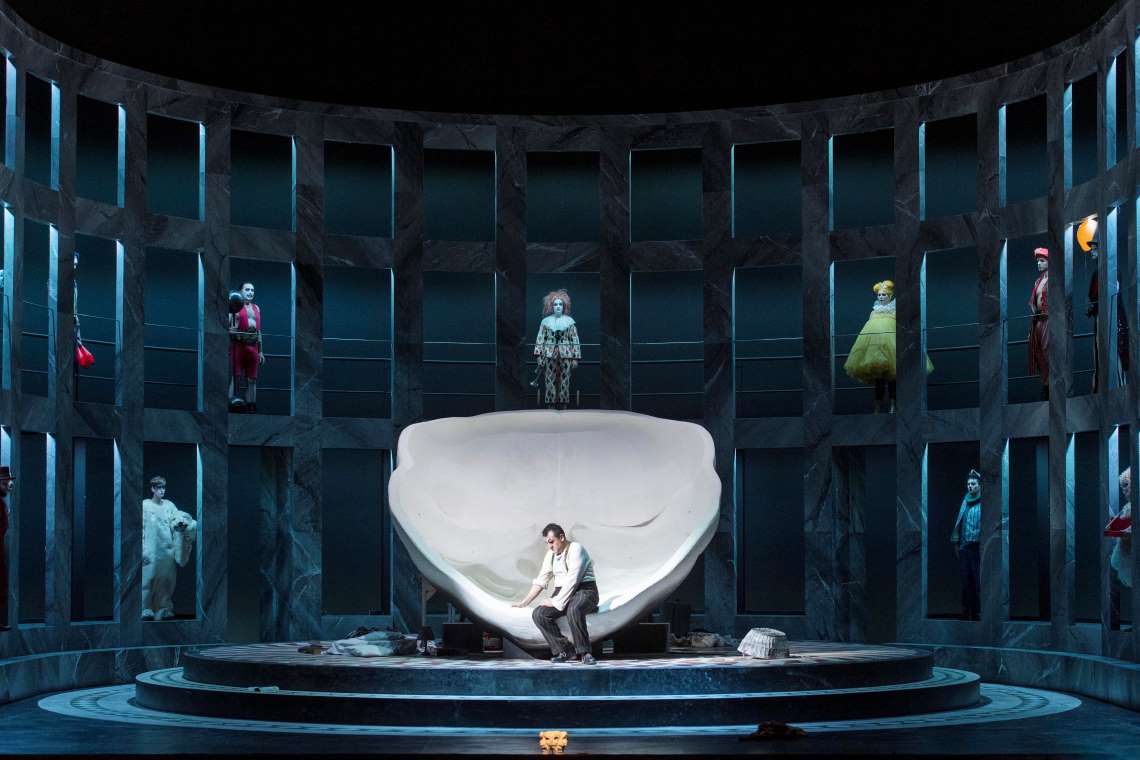 While everyone else was busy celebrating the New Year, Seattle Opera was looking further ahead to their next season. The opera company has just announced their 2020-21 season which promises audiences passion, laughter, tragedy and discovery. Their exciting season will include new productions of classics, an opera entirely new to Seattle, and an old favorite returning to the stage.

Season ticket packages are available for purchase now, while single opera tickets will become available later in the year.

Experience twice the drama and twice the thrill with an earthy new production of opera’s classic double bill. Small-town lives are turned upside down when a returning soldier and a vengeful clown upset provincial norms, resulting in shocking crimes of passion. In a single performance, two distinct yet complementary tales of adultery, jealousy, and revenge explore elemental emotions in true verismo style.

Guy Montavon’s highly theatrical new production transforms the public squares of southern Italy into a revolving mask-filled arena, with eye-catching commedia dell’arte costumes for Leoncavallo’s clowns. As the chorus watches like spectators at a coliseum, the characters cannot escape their tragic fates.

Utterly enjoyable from first sip to last, this fizzy concoction is opera’s most winning comedy. A lovestruck bumpkin is about to lose the company of a rich and independent landowner. Crossing paths with a quack doctor, he soon gets duped in more ways than one. Wine, a windfall, and a fateful “furtive tear” eventually reveal happy truths as sincerity triumphs amid much rejoicing.

Not seen in Seattle since 1998, the colorful comedy returns with a “well-staged and heartfelt” (Santa Fe Reporter) production that has everything: winking humor, relatable human characters, and a charming love story—all set to masterful bel canto music that makes the soul sing.

What goes around comes around on Mozart’s carousel of karma. Legendary libertine Don Giovanni is skilled in seduction yet lacks a moral compass, thoughtlessly moving from conquest to conquest, even murdering without remorse. But a dark fate will bring his joyride to a shocking conclusion, leaving the survivors who knew him forever changed. Filled with varied and evocative music of perfect elegance, Mozart’s complex creation stands apart as his boldest masterpiece.

Staged and conducted by female artists, an all-new production brings unique insight to a timeless portrait of the ultimate predator. Glamorous costumes combine period silhouettes with modern sensibility. The action plays out on a multifaceted carnival ride whose chic exterior promises pleasure and abundance while concealing a rotten core.

What would you do if you were stranded indefinitely? Based on actual events—stateless refugee Mehran Karimi Nasseri’s 18-year forced residency at Charles de Gaulle airport—this ensemble dramedy “soars high” (Opera Today), with “a colorful, energetic, tonally accessible score and a relatable, witty libretto” (OPERA NEWS). An omniscient air traffic controller watches over a departure lounge bustling with cynical flight attendants, an excitable couple on vacation, a mysterious older woman, and an Eastern European diplomat and his expectant wife, all of whom must wait out a storm. Meanwhile, the hapless refugee plays cat and mouse with an immigration officer as the story darts deftly between humor and moving meditations on love, identity, and human connection.

Set in the everyday world of an airport terminal, the Seattle premiere of this “uniquely satisfying” (Guardian UK) production surprises with vibrant theatrical touches and energetic ensemble movement. The opera’s vignettes are presented with winning humor, but without easy resolutions. In the end we discover that it is compassion (both for ourselves and for one another) that will see us through to fly another day.

Don’t mess with the diva! A fiery prima donna struggles to free her true love from the clutches of a ruthless police chief in Puccini’s surefire favorite. Filled with iconic arias and impressive musical moments, the rousing score brings Tosca’s emotional extremes into sharp relief as the story rushes towards its thrilling conclusion. The crackling melodrama grabs hold from the get-go, making Tosca ideal for anyone who loves drama and music.