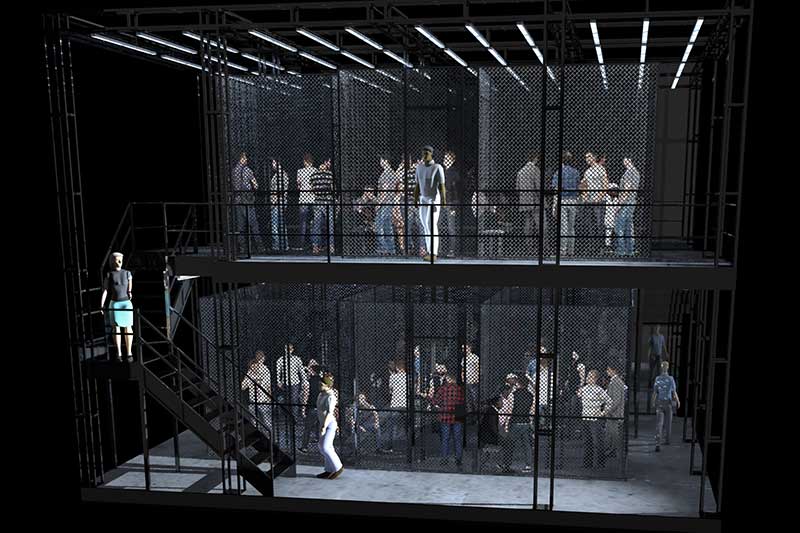 San Francisco Opera is bringing the drama and energy of live opera directly to audiences’ living rooms with a livestream of Beethoven’s Fidelio for three performances.

While live performances have returned to the stage and audiences are welcomed back to the seats, the digital performances that we have come to know in the past year and a half are not disappearing altogether. Arts organizations like SF Opera are ensuring their patrons can view performances in any way they feel comfortable, whether that be at the War Memorial Opera House or at home, by making their upcoming production of Fidelio available to livestream for just $25.

The performances on October 14, 17 and 20 will be available to livestream on desktop, mobile or tablet devices. As the performance will be livestreamed, audiences will not be able to pause, stop, rewind, or watch on demand—it truly will be a live performance, with all the thrill that comes with one.

Ludwig Van Beethoven’s only operatells the story of a woman who disguises herself as a young man to infiltrate the prison where her husband is being kept by a political rival. Fidelio boasts a strong female lead and plenty of excitement. This brand-new production by director Matthew Ozawa brings the 19th-century opera into the modern era with a staging reflecting 21st-century incarceration.

So starting popping the popcorn, put on your slippers, and pick the comfiest spot on the couch to settle in for a night at the opera, at home.

San Francisco Opera’s Fidelio will run October 14–30, 2021 at the War Memorial Opera House. The livestream will be available for the performances on October 14, 17 and 20.