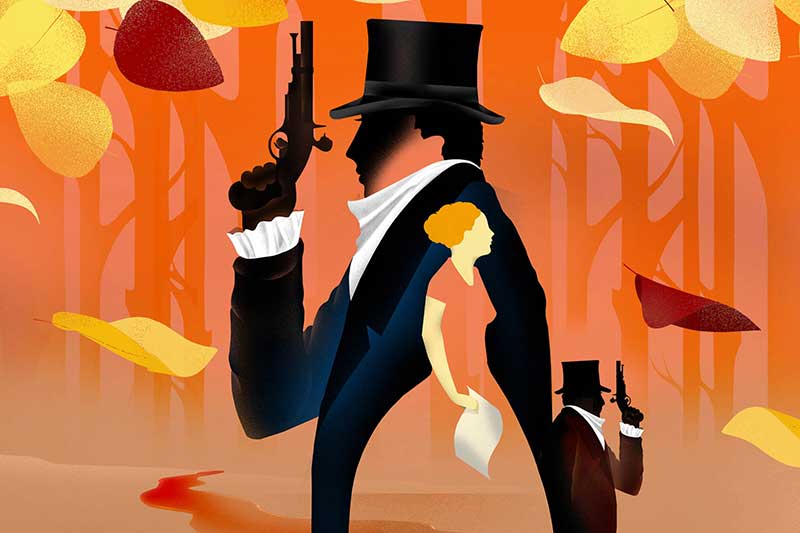 San Francisco Opera is looking back at 100 extraordinary years of passionate and powerful opera 2022 and 2023. During their centennial season, San Francisco Opera will celebrate this amazing milestone with special events, new programs, and, of course, by staging beautiful operas.

The upcoming season will begin with a new opera based on Shakespeare’s historical masterpiece Antony and Cleopatra and will conclude with another world premiere, El último sueño de Frida y Diego, which follows Diego Rivera, Frieda Kahlo’s husband, as he tries to say goodbye after her passing. See the full centennial season below. Tickets are available now for season subscribers.

Libretto by John Adams from Shakespeare with supplementary passages from Plutarch, Virgil and and other classical texts.  Libretto consultation by Elkhanah Pulitzer and Lucia Scheckner.

She loved him at first sight. But Onegin, an aristocrat obsessed with appearances, could never be happy with a country girl like Tatyana. Or so he thought.

Outside, scaffolds rise in city squares as priests, nobles, and political prisoners face the merciless blade of the guillotine. The aristocrat Blance de la Force had hoped the convent would serve as a sanctuary. But now, death is at the sisters’ doorstep. And one by one, their faith will be tested.

Fame. Power. Fortune. Violetta Valéry has it all as Paris’ most admired courtesan. But never. All that changes when a naive young man enters her Paris salon and offers her a romance full of tenderness and compassion. But can their love ever be free from the social stigmas of her past?

What death has stolen, the musician Orpheus is determined to bring back. With Love as his guide, Orpheus journeys into the underworld to save his wife, Eurydice. But there is one condition: he must not look back at her until they return to the mortal world.

Orpheus and Eurydice returns in a fully staged production for only the second time in the Company’s history. In this new production, director Matthew Ozawa joins award-winning choreographer Rena Butler to take us on a heartfelt journey into the stages of grief.

Each night, the young Cio-Cio-San looks out over the port of Nagasaki, eagerly waiting the return of her husband, U.S. Naval officer Lieutenant B.F. Pinkerton. Alongside her is their young son, Trouble, who has never met his father. But disappointment is about to sail across the horizon when Pinkerton arrives with his recently wedded American wife.

Music Director Eun Sun Kim conducts a new staging of Puccini’s heartbreaking drama from director Amon Miyamoto, who reimagines this classic through the eyes of Trouble.

Half-spirit and half-mortal, the Empress lives in fear of a curse: If she doesn’t acquire a human shadow in three days’ time, the spirit world will reclaim her—and turn her husband to stone.

It’s been three years since she passed. Now on the Day of the Dead in 1957, a lonely, ailing Diego Rivera makes a final wish: to see his wife Frida Kahlo once more. And the underworld heeds his call.

Journey through this bold world of desire and release in a pioneering new opera by Bay Area composer Gabriela Lena Frank and the Pulitzer Prize-winning playwright Nilo Cruz.