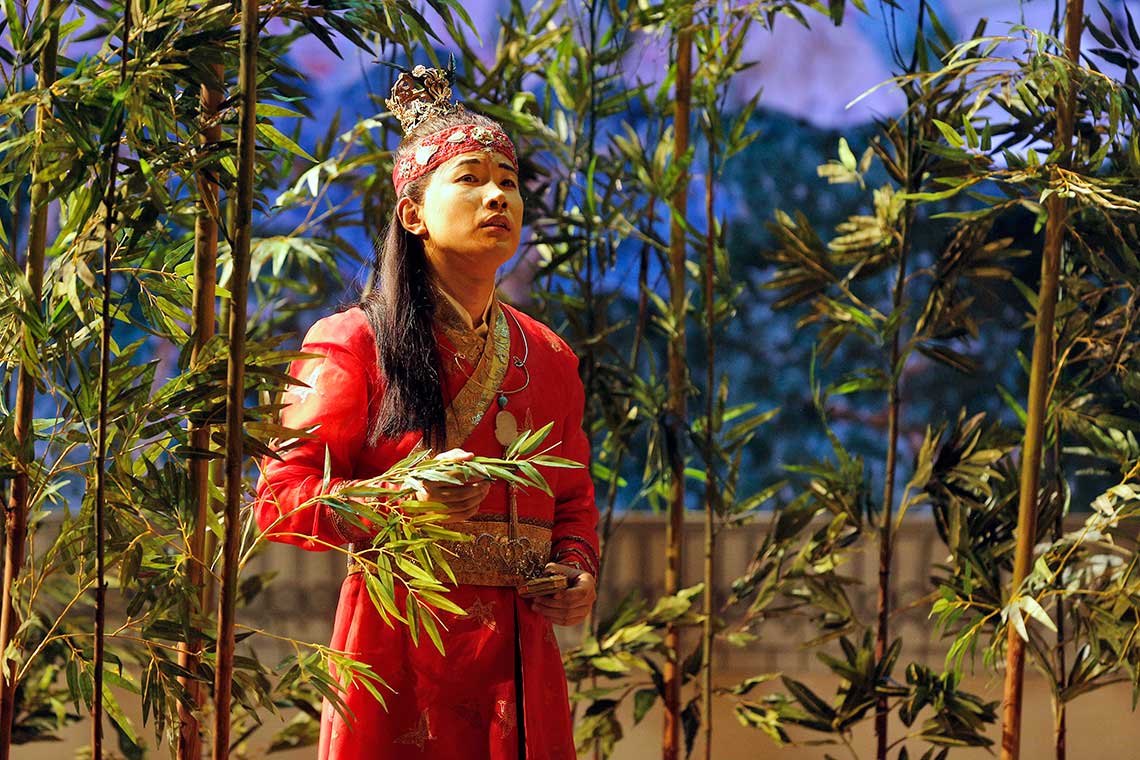 "Dream of the Red Chamber." Photo by Cory Weaver

San Francisco is blessed with a thriving opera scene that features performances by some of the world’s most talented artists. From the venerable San Francisco Opera to smaller troupes and ensembles, there’s always something new to explore.

San Francisco Opera has been delighting audiences for more than a century, and there’s a reason why it’s considered one of the world’s great opera companies. Its productions are always stunning, and the caliber of the singers and musicians is top-notch. From the moment the lights dim and the curtain rises, the experience is one that engages all the senses. The voices of the singers are so powerful and pure that they seem to fill the entire theater. The orchestra provides a lush backdrop, and the sets and costumes are so intricately detailed that you feel like you’re right in the middle of the story.

The Opera scene in San Francisco is one of the best in the world. And The San Francisco Opera is one of the most famous opera companies in the country, with most performances being family-friendly, taking place in a beautiful setting with state-of-the-art sound and theatrical lighting.

So whether you’re a Bay Area resident or just passing through, be sure to check out our calendar of events and see what’s happening in the world of opera.

The world’s most famous opera, Don Giovanni, opens this season with its famous story of seduction, lust, betrayal, and death. It premiered in 1787 and after that has been one of the world’s most famous operas. Don Giovanni is an opera in two acts with music by Wolfgang Amadeus Mozart and libretto by Lorenzo Da Ponte. It is based on the legend of Don Juan, a libertine whose romantic escapades are told by a bystander.

The War Memorial Opera House is home to San Francisco Opera. It is a beautiful venue with a rich history, which was constructed in the Beaux-Arts style, with four facades. It is more than just a concert hall: it symbolizes San Francisco’s cultural identity.

Dream of the Red Chamber at War Memorial Opera House

Experience the elegance and splendor of ancient China at Dream of the Red Chamber, the mesmerizing performance of one of the greatest classical Chinese novels of all time, at War Memorial Opera House in San Francisco, CA. Witness elegant costumes, spellbinding music, and captivating storytelling as this renowned opera tells the classic tale of young love and heartbreak.

Journey into the heart of Chinese culture and society with this colorful and romantic story of love, loss, and betrayal. Featuring an all-star cast of Chinese opera singers and dancers, this spectacular show is a must-see for anyone interested in East Asian culture and history.

San Francisco is home to an opera and ballet scene that is second to none. San Francisco Opera and San Francisco Ballet are both world-renowned companies that have been delighting audiences for decades.

San Francisco Opera is the oldest opera company in the United States and is known for its productions of classic operas like Carmen and La Bohème. The company also stages contemporary operas and world premieres and has a robust education and outreach program.

Founded in 1933, the company has an international reputation for developing the world’s most talented dancers.  The arts and culture scene in San Francisco is full of inspiration and creativity, colorful and magical. The Bay Area is home to cinemas and theaters, sciences centers, museums, conservatories, and more. Visitors and locals alike will find things to do and enjoy. Don’t have a lot of time to explore? The best way to do a little exploring in San Francisco is with an Encore Spotlight – Curated Guide to All Things Arts and Culture. Find out what is going on in the city in a week, a month, or a year.